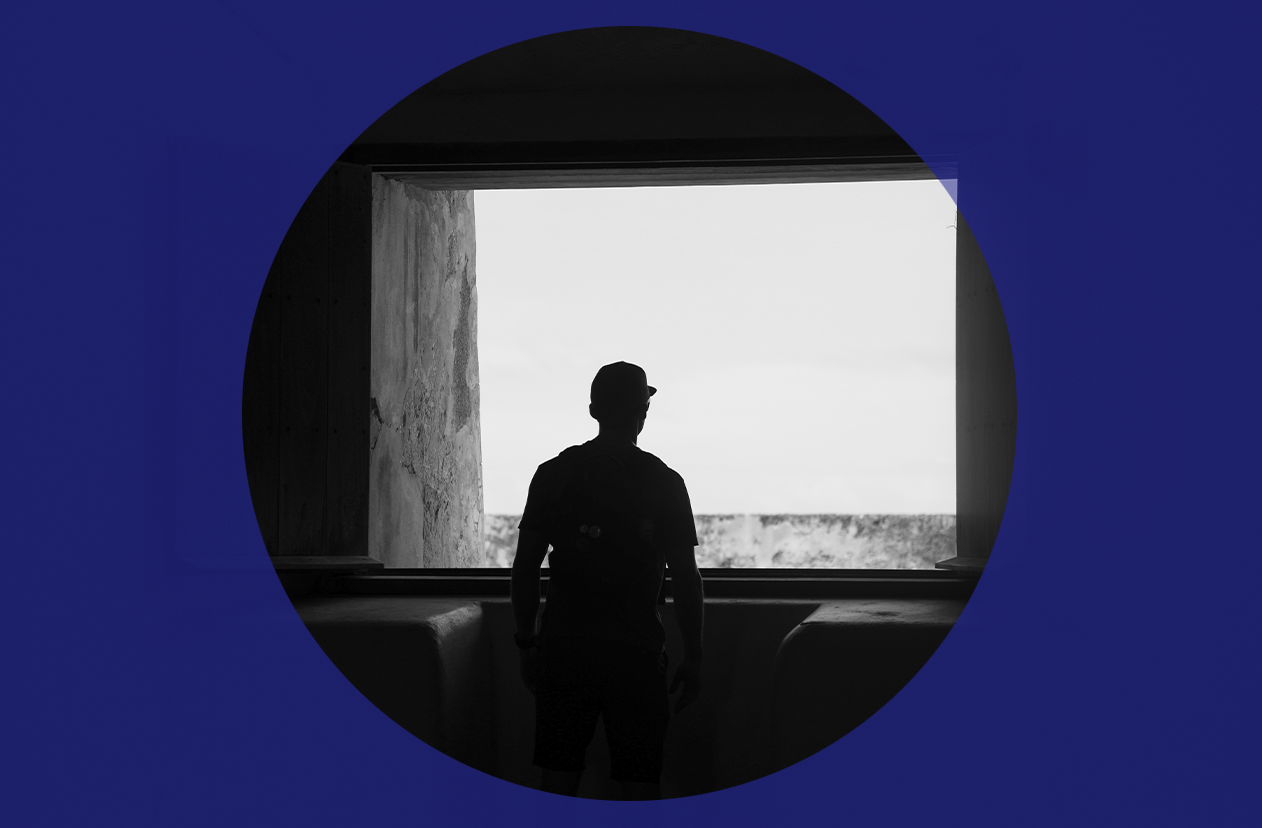 “As our national and international conversations turns increasingly towards post-Covid recovery, we will dwell less on what has traumatised us and more on what might heal us. Of course, this is where it gets tricky.”

WITH LUCK, for many of you, this past week will have been different from those that preceded it.

I hope so. I hope the early relaxation of Scotland’s Covid restrictions on 16 April – permitting us to leave our local authority areas for recreation, and gather in groups of six to socialise – allowed you to experience what we have merely had to remember for a painfully long time. I hope there was sunshine in the company of friends, the physical presence of whom we may regard with renewed appreciation. I hope this week’s update from the Scottish Government precedes more of the same, that these changes in our lives continue to advance, and that their impact – the difference made by sitting on a blanket in a park with more than your own internal monologue, with people dear to you, watching others reunited with people dear to them – is more than momentary.

In the run-up to next month’s Scottish parliamentary election, we have seen more than one politician describe the past year as traumatic – as if we needed a reminder. They’re not wrong, and as our national and international conversations turn increasingly towards post-Covid recovery, we will dwell less on what has traumatised us and more on what might heal us. Of course, this is where it gets tricky.

It would be nice to think that a steady reintroduction to those freedoms and experiences denied by the pandemic will be enough to do the job – that trips to pubs and restaurants, with voices not filtered by phone and faces not trapped within screens, might act as a balm to the infinite individual ordeals that add up to our collective trauma. Maybe they will – trust me, as someone who has been planning a post-Covid dinner party menu for over twelve months, I intend to test that proposition with the utmost thoroughness. Yet sadly, time and liberties regained do not necessarily heal all wounds.

Almost a year ago, when the sheer scale of the Covid-19 pandemic had become apparent and its initial weeks had already felt like an eternity, I wrote that one of its consequences may be a mental health crisis of global proportions. Such concerns were widespread, and have not been allayed in the meantime. According to a study released on last October’s World Mental Health Day by the International Committee of the Red Cross, 51 percent of respondents surveyed across seven nations reported that the pandemic has negatively impacted their mental health.

In November, findings by researchers at the universities of Bristol and Edinburgh reinforced worries that particular groups were at greater risk of increased anxiety and depression over the course of the Coronavirus crisis: young people, women, those living alone or self-isolating, those with pre-existing mental and physical health conditions, and people who experienced recent financial problems before the pandemic. As Professor David Proteus, principle investigator for Generation Scotland, observed: “The study shows that indirect effects of COVID-19 are profound and widespread and felt most acutely by young adults. They as much as any group with bear the long-term brunt of the COVID experience and post-pandemic recovery.”

This has not been aided by the restriction of vital services those with mental health difficulties would otherwise rely upon. Recent research from the Scottish Association for Mental Health (SAMH) revealed that while more than half of those surveyed with existing mental health problems felt they had worsened over the course of the pandemic, over a quarter said that their specialist care or treatment had halted entirely over that period, and Child and Adolescent Mental Health Services (CAMHS) experienced a reported 55 per cent drop in referrals.

One might hope – perhaps naively, perhaps not – that the universality of the pandemic experience and the unavoidable visibility of the mental health crisis it birthed would lead, at the very least, to greater understanding in our society; that increased awareness would beget informed action. Unfortunately, recent evidence points to the contrary.

Yesterday (20 April), the Herald newspaper reported that evidence from the Employment Tribunal Service indicates there has been a disturbing rise in the number of disability discrimination cases in Scotland, with a “notable” number relating to issues including anxiety and depression.

See Me Scotland director Wendy Halliday commented: “We are very concerned to see a rise in claims from people who have experienced discrimination in work related to mental health issues, especially as we know that more people than ever are struggling with their mental health as a result of the pandemic.

“Employers have a legal and moral responsibility to look after the mental health and well-being of everyone who works for them.

“However, we know there is a significant problem with people in Scotland not being able to speak openly about their mental health in the workplace. They worry about the impact it could have on their career, on being treated differently in the workplace and that disclosing the issue could potentially even cost them their job. The rise in claims seen here could indicate that these worries are valid, and if people do speak out, they can be treated unfairly.”

According to Shari McDaid, head of Evidence and Impact for the Mental Health Foundation, their research suggests only 26 per cent of people surveyed have experienced a workplace culture that encourages complete openness about mental health. This isn’t new – many employees were not exactly eager to tell their boss they suffer from depression and anxiety even before the pandemic – but the fact that such discrimination persists in such extraordinary circumstances demonstrates once again that many employers will only act like human beings when they are actively compelled to do so. Until then, betting on the empathy and understanding of capital and commerce is never a wise move.

With the end of furlough and the Job Retention Scheme approaching, many of the external pressures upon our mental health can be expected to intensify – if you’ve never known the stress and despair of unemployment, debt or poverty, consider yourself lucky. So where does that leave us?

In need of more than ourselves, for a start – and that means more than a return to socialisation. As a rule, mental health experts discourage self-diagnosis – the very last person qualified to assess what’s going on in your own mind is the one who has to reside within it. As for self-medication, Scotland is – and for the foreseeable future will sadly remain – a case study in its many, many dangers. These are easy warnings to make and they deserve to be repeated, but cautionary finger-wagging elides the reality that countless many across the world have been left with no other option but to try and take care of their own precarious mental health.

2020 was the year when self-care became far more than fodder for magazine copy and online influencers. Some found hobbies, took up meditation, or learned to cook. Some of them might even have actually finished À la Recherche du Temps Perdu. Others – and I suspect we haven’t fully come to grips with just how many – found unhealthier means of coping.

Maybe you didn’t have any of these options – or maybe you did, and they simply didn’t work. Stopgap measures are like that, and no one could be blamed if the ones they settled on were imperfect or insufficient to the task. But with the eventual end of the pandemic visible – just – on the horizon, we need more.

When I last wrote about all this, I did this as someone who is not, to put it mildly, qualified to make any sweeping statements about mental distress, what causes it, or what prescriptions best address it. Nevertheless, in my authoritative position as Some Guy with a Byline, I was certain about two things. The first was that when people are suffering through no fault of their own, they deserve help. Unfortunately, as a society we are far more prone to offering judgement on those with poor mental health than on the governments that fail to provide them with adequate support.

The second certainty was that where we are now cannot be considered acceptable. This cannot be our new normal. We must be able to do better.

I was not optimistic at the time that much could be done, beyond palliative measures – too many of the strains placed upon our mental health could not and cannot be reckoned with without fundamentally changing the world that produced them. It would be nice to think that understanding has informed a lot of the talk of ‘building back better’, but few in power have truly wrestled with what that would mean. More to the point, as one anonymous contributor to the activist anthology Class Struggle & Mental Health put it: “I can’t afford to wait until after capitalism has been abolished to be happy, and I doubt you can either.” Incomplete as they may be, more immediate measures are profoundly necessary.

All the major Scottish parties have this week emphasised their apparent concern for Scotland’s mental health, most recently during the NUS Scotland online election debate, in which all present pledged to do more for the many students forced to isolate inside university halls over the past year. Students will need no reminding of the need for dedicated mental health services, given that the counselling and support available on campus in Scotland was a bad joke long before the country recorded its first case of Covid-19.

Yet their needs are not dissimilar to the population at large – it was justifiably a scandal that, despite Scotland being the first country to introduce a waiting time target for psychological therapies, no local health board as of last March had met the 18-week target for people getting their first appointment with an NHS psychologist. In this context, as James Forth notes in Bella Caledonia, the best policy to be found in the Scottish Liberal Democrats’ otherwise lacklustre 2021 manifesto is their advocacy of walk-in emergency mental health services – “a tangible policy that could save many people when they are at their lowest moment.”

With the advent of vaccination, many – myself included – began to write the first drafts of retrospectives on Covid-19, acting as if we were looking back on something we are still living through. Yet I don’t think it’s wrong to reflect on the past dark year, and what it took from us. Jobs. Systems of support. Loved ones. Lives. And, along with all that, things that are more difficult to quantify or articulate, which left scars more difficult to perceive.

Some people – God only knows how – held it together throughout all this. Others didn’t. The former is in no way superior to the latter. It’s not fair what either of them – what all of us – have gone through. They all deserve support, and to be able to rely on something other than themselves.

As we consider how to recover and rebuild from the pandemic, we must find out how to deliver that support. Otherwise, we will simply pass from one crisis to another, as trapped as ever, with despair our only constant.