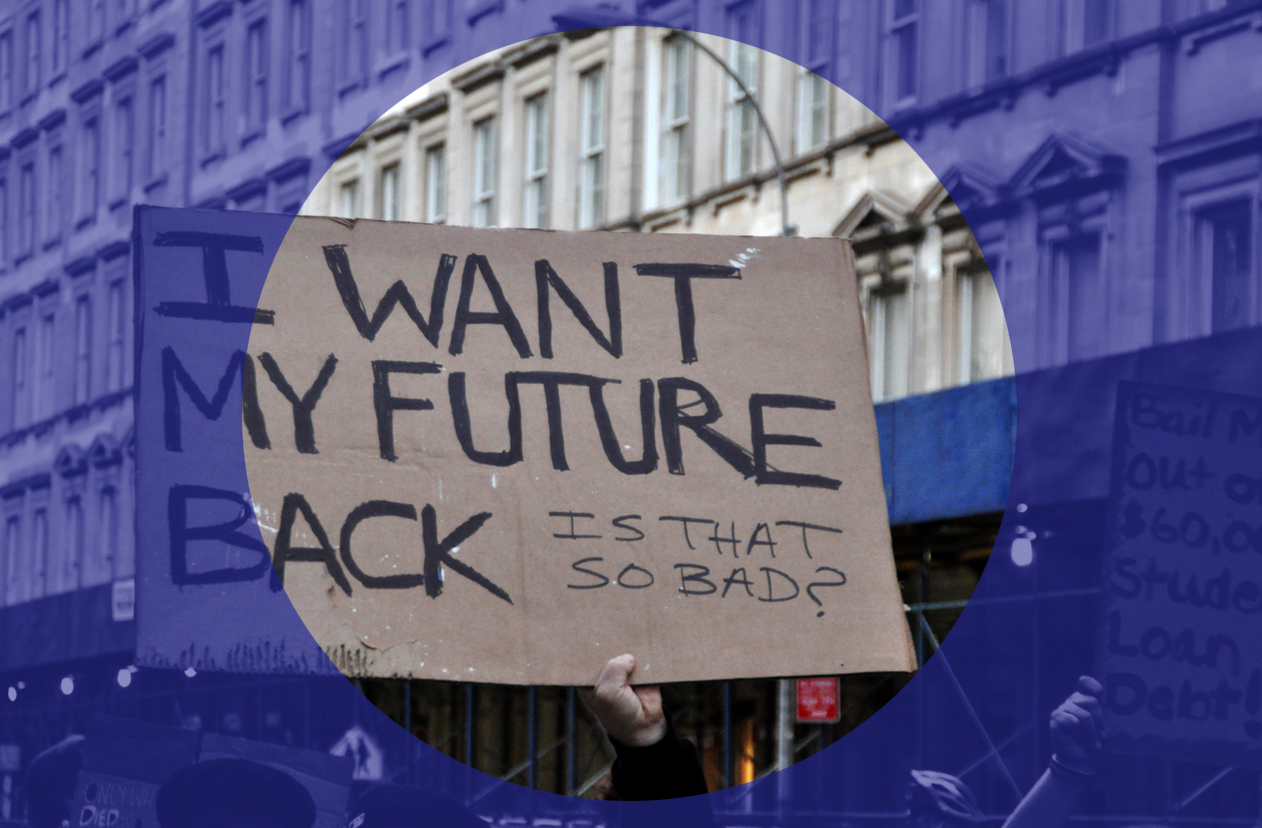 “When I think of those friends and peers who fought and fell in the last recession, I reflect upon the question that haunted my father – who got out, and who didn’t? When I think of the generation that follows mine, and what they will have to face, the idea of anyone ‘getting out’ appears perversely utopian.”

ACCORDING to the Institute of Fiscal Studies, young people graduating this year will be the hardest hit in the blasted economic landscape left in the wake of the Coronavirus pandemic.

As IFS director Paul Johnson put it, “Previous experience suggests that university graduates will start off in lower paying jobs than otherwise and will suffer ‘scarring’ effects such that they will be more likely to be unemployed several years after graduating.”

Of course, this presumes that they will live to enter the job market. A recent briefing paper from the IZA Institute of Labor Economics – which could give Jonathan Swift’s ‘Modest Proposal’ a run for its money – suggests that the best means of staving of an “extraordinary recession” may be to release 20-30 year olds who no longer live with their parents from lockdown. Given that they are statistically less likely to die from Covid-19, 4.2 million young people – 2.9 million of them in the private sector – could be excused from quarantine in the name of saving the UK economy. Granted, this may result in an estimated 630 additional premature deaths, but omelettes, broken eggs, etc.

To be clear, we are now at the stage where young people dying in order to aid economic recovery is not merely being floated as a regrettable eventuality, but as a preferable policy of the state.

By his own admission, my father escaped his first recession – he lost count after the fourth – by the skin of his teeth. In his words, he “got the last spot on a lifeboat.” Others did not.

Four years into the last recession we both bore witness to, he wrote: “A whole generation, where I came from, was destroyed for the sake of a theory involving money supply. It wasn’t even a good theory: so much seems to have been accepted after the fact. My type – my class – were put to the sword.”

Of course, one of the peculiarities of the 2008 financial crash was that its effects extended beyond the working class from which my father emerged, though it was they – you don’t mess with tradition – who were hit hardest by the inherent flaws of the system imposed upon them. For many others, their presumed means of insulation from economic crisis offered as much resistance as candy floss against a flood. The middle class suffered; some people never really got over the shock.

12 years on from the crash of 2008, I’m still here. I am fortunate enough to be employed, semi-respectably, in an industry perennially under threat. There is food in the cupboards and the bills are paid (more or less) on time. There was a time when those things weren’t true, and it would be nice to think the last recession – and all it brought with it – is behind me and the rest of my cohort. All indications point towards the contrary.

When I think of those friends and peers who fought and fell in the last recession, I reflect upon the question that haunted my father – who got out, and who didn’t? When I think of the generation that follows mine, and what they will have to face, the idea of anyone ‘getting out’ appears perversely utopian. If the ‘Great Recession’ afflicted even those whose upbringing briefly fooled them into presuming an immunity, the approaching depression comes with a promise: you ain’t seen nothing yet.

There are vanishingly few millennials who can refer to themselves as ‘young’ with a straight face anymore. I certainly don’t – it’s offensive to, y’know, actual young people. And so, as a terrifically old person, I will enjoy the rights that come with my venerability and impart the wisdom of my years: what followed 2008 was a trauma in every sense – economic, psychological, and for too many, physical. Recessions kill people. As a means of murder, they are surprisingly elegant – sometimes, the victims will even take care of it themselves. I never want to see that happen to anyone else.

Granted, the consequences of recession do not come with an age-limit, but last time around, there was certainly greater security amongst the older generations – home ownership, pensions worth the name, or even just the time and ability to actually accrue savings. Yet young and old suffered; in the crisis that follows the one we now live through, they will suffer again. Will there be solidarity when there are those aged 8, 18 and 80 who cannot afford to eat? Perhaps – but you can’t eat solidarity.

Nevertheless, millennials were the ones who were defined, whether they liked it or not, against the backdrop of economic disaster. My guess is that Generation Z, or whatever they wish to be called – given that the world is likely to give them little else, they should at least have the right to choose their own name – will endure even greater suffering than the interminably analysed millennials who preceded them. What’s more, their pain will not have the benefit of novelty; the ways in which they will be impoverished and disenfranchised will be sufficiently similar to what came before that the shock will be subdued amongst all except those experiencing it for the first time. It will be their introduction to ‘normality’. They will, and do, deserve more.

The last economic crash, which pales in comparison to what Covid-19 has unleashed upon the world, spawned Occupy, which from the moment of its inception was maligned, mocked, condemned and sabotaged, set against standards that virtually no political movement ever has or could live up to. To say that they – we – did not achieve the goals so many desperately demanded is not a condemnation, nor is it a final judgement. Arms were taken up in a battle that never truly ends. Many continue to fight, having transitioned into countless other struggles through new and different organisations, strategies, and national or international circumstances. Dreams are resilient – often more so than people.

Still, the fact remains: the Occupy movement may have, as the journalist Abby Martin put it, “signified a monumental shift in consciousness”, but it did not save the generation that propelled it and brought it into being. Whether anything can save the next one is the question which will face us all, regardless of age, in the hard months and years to come.

What is beyond question is the anger that will emerge from a generation being dismissed, more explicitly than ever, as an acceptable sacrifice. They may or may not survive the experience; I have a hard time imagining they will forgive.