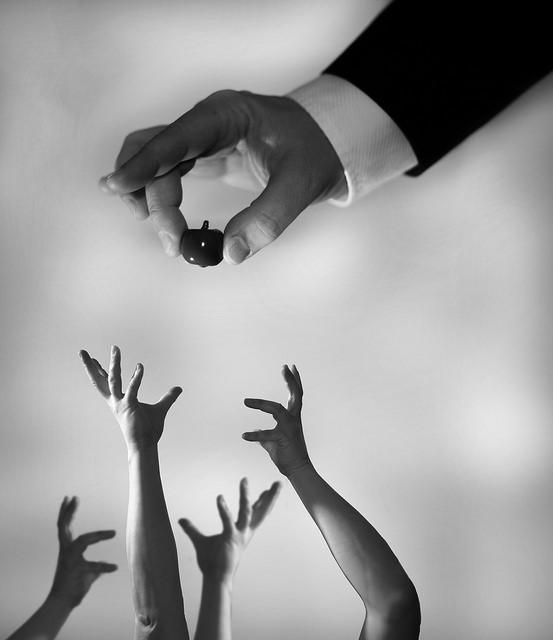 The communities Secretary announced that he would be writing to all partnerships to remind them about their ‘responsibilities’ and that if they have lobbyists they should terminate their contracts.

“The Department for Communities and Local Government is also cracking down on taxpayer funded lobby [sic] by other organisations. The Institute of Economic Affairs has undertaken extensive research on ‘sock puppets’ – those pressure groups and charities receiving public money that then use it to lobby government and Parliament for more money and regulation.

The department is setting Whitehall an example by taking the additional step of amending its grant agreements to include a new anti-lobbying, anti-sock puppet clause. Simple and effective, it will bring about an end to this practice and make sure that taxpayers’ money is being spent on those things that make a real difference to the lives of hard-working families.

This is in addition to the so called gagging act already passed by the ConDem coalition to restrict the ability of charities and other civil society groups to criticise the government.

Charities such as Save the Children and Oxfam receive substantial amounts of government funding to carry out services such as international development projects and humanitarian aid.

Isn’t it comforting to know that experts in the field such as Save the Children will be forbidden to lobby against government policies such as austerity even though these very policies may be deeply harmful to the nations children?

Corporate lobbying on the other hand, the most pervasive and influential kind, the very kind of lobbying that legislation should regulate in order to protect government from undue influence that is against the public interest, is not affected.

If tax payers money was really the issue, then the amount received in subsidies by say, the energy industry should certainly disqualify them from lobbying government.

Equally if money lost to the exchequer through corporate tax evasion and avoidance is counted then large corporates should also be prohibited from hiring lobbyists to plead their case. It’s positively endemic – commercial lobbying is now an industry worth around PS2 billion a year in the UK.

If commercial lobbying was constrained it would provide a level playing field. Unfortunately that is precisely the opposite of what is on offer.

Many of the larger charities have policy and research departments which provide the only counterpoint during public policy debates in the media, dominated as it is by big business voices and the policy offerings of right wing think tanks which are merely lightly disguised big business voices.

Within the realm of international development this culture of silence or only providing feedback to the donor (DFID) that is positive and what the donor wants to hear causes many problems. How can structural issues be addressed, or failing projects be improved if healthy debate is not allowed?

This applies equally here at home. The charities involved in public service provision are precisely the ones we need to point out the flaws in the system.

The Common Weal is crowd funded so this latest development will not affect us. However, the act does seek to curtail ‘non party campaigning’ in the run up to the general election.

Democracy needs robust debate in order to flourish. Not content with cutting down the access to sunlight the ConDems are now restricting the water supply. If debate in the public interest was a flower in a vase, the flower is wilted and the water is brown and smells increasingly rancid.