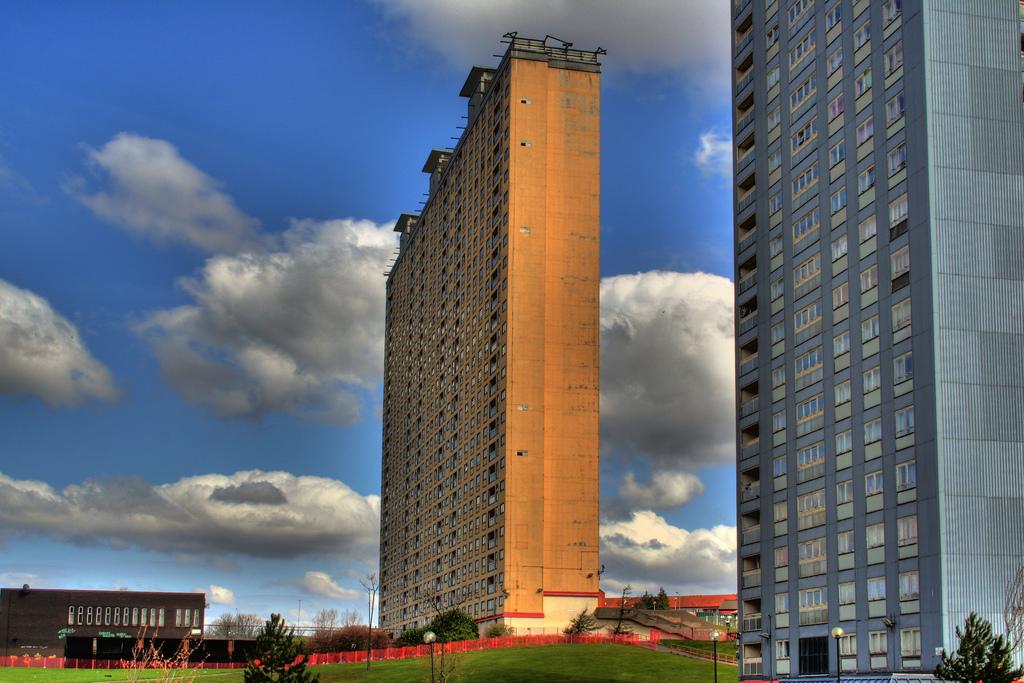 On the night of 18 September, Scotland anxiously waited for the results of the independence referendum. For voters, this was a choice that could determine futures and change lives. The turnout was appropriately high, at 84.6 per cent. But for some unable to cast a ballot, the vote was of no less significance.

Anderston Kelvingrove Church is situated just west of Glasgow city centre. During the day it operates as a regular church, running various classes and activities. But at 8pm every night, this building becomes an adapted night shelter for the city’s destitute asylum seekers.

Among the migrants here is Tony Khan, a 25 year old from Pakistan. Tony came to the UK to study law when he was 20, but soon after that his father cut ties with him and he started to receive threats from home. He was left stranded in the UK and sought asylum. The Home Office rejected his claim and he is banned from working or receiving benefits in the UK. He has been sleeping at the shelter for the past two years.

“Every asylum seeker I know was in favour of a Yes vote,” Tony Khan

Currently, decisions over immigration and asylum are made by the UK government at Westminster. However, according to Khan, the prospect of independence gave hope to asylum seekers that they may escape destitution and benefit from a more humane immigration policy.

“Every asylum seeker I know was in favour of a Yes vote,” says Khan. “We were very hopeful it would happen. Scotland needs immigrants and there is a different sense here in Scotland than the rest of the UK.”

“I was sure things would be different from September 18th. But then it was a no vote and after that people were like, what next? Where is the hope?”

That asylum seekers feel alienated by the UK state is no great surprise. The last few years has seen a heightened hysteria built around the issue of immigration, with the rise of Ukip a symptom of this.

Central to government policy on the issue has been a concerted effort to coerce asylum seekers to return to their home countries. To jog the memory, one need only recall the mobile billboards driven around London emblazoned with “Go home or face arrest”, or the interior decor of the UK Border Agency office in Glasgow featuring posters of people sleeping rough with the text: “Is life here hard? Going home is simple.”

This type of propaganda is “unacceptable” according to Roza Salih – “It’s just not right what the UK government is trying to do,” she says.

Salih is vice-president at Strathclyde University Students Association and along with her family was granted asylum in the UK in 2005 after being forced to leave Iraqi Kurdistan. She is also one of the Glasgow Girls, the group of seven students at Drumchapel High School who made national headlines with their campaign against dawn raids on asylum seekers.

She tells me that despite the referendum result she is confident that more can be done to improve conditions for asylum seekers in Scotland.

“I supported breaking away from Britain because the UK government is trying to ruin us being a democratic, humanistic country which believes in human rights and protects people,” she says. “The situation is getting worse and worse.”

“But independence didn’t happen,” she goes on. “Now we need to work for more devolved powers to the Scottish government. I think it would be good to have more refugees and asylum seekers’ support. We can improve things within our system. We can have a fairer and more humanitarian system in place.”

Many claim that for this to happen the Scottish parliament must be given powers over the operation of asylum support. Indeed, groups such as the Scottish Refugee Council (SRC) and the Scottish Council for Voluntary Organisations (SCVO) argued strongly for this in their submissions to the Smith Commission on further devolution.

When Smith’s report was released last month it did not go quite so far but did suggest that “different powers being in place in Scotland for asylum seekers to access accommodation and financial support and advice” should be explored.

“The Scottish government welcomes the recognition in the Smith Commission’s report that Scotland needs powers on asylum,” Alex Neil, Cabinet Secretary for Social Justice and Communities

This was well received by Alex Neil, Scotland’s the Cabinet Secretary for Social Justice and Communities, who says that the Scottish government “welcomes the recognition in the Smith Commission’s report that Scotland needs powers on asylum, in particular different powers being in place in Scotland for asylum seekers to access accommodation and financial support and advice.”

But does the Commission pave the way for a serious discussion on the handover of asylum powers or simply kick the issue into the long grass? That may yet depend on the make-up of the next government at Westminster and what kind of pressure can be exerted on them.

What does seem clear is that the current set up is not working. The Home Office has contracted out the provision of accommodation for asylum seekers in Scotland to controversial outsourcing firm Serco for the past two years, which in turn sub-contracts the work to property management company Orchard & Shipman. Other contracts that Serco manage include prisons and immigration detention centres.

Since being awarded the contract, the providers have been dogged with complaints. An August 2014 report by the SRC found that asylum seekers were being housed in overcrowded and poorly maintained slum conditions.

Horror stories have ranged from a family of four being forced to share a one bedroom property for nine months to people without hot water being advised by Orchard and Shipman to boil a kettle instead.

Meanwhile, the contract with Glasgow Housing Association to house asylum seekers in a tower block at the Red Road flats on Petershill Drive is due to expire at the end of December with all buildings slated for demolition.

This is where newly-arrived asylum seekers are currently housed and no replacement has yet been identified by Orchard and Shipman, meaning hundreds of migrants have been left in limbo and could be spending Christmas at a city centre Euro Hostel.
The plans have been criticised by the Scottish Refugee Council’s Gary Christie, who says: “Many newly-arrived asylum seekers have experienced torture and extreme violence and as such have particular vulnerabilities and needs.

“We hope a long-term solution can be found soon to avoid the prospect of people being housed in hostel accommodation for any length of time.”

The situation, it seems, is getting worse and not better. According to volunteers at Glasgow’s Unity Centre, destitution amongst asylum seekers is growing along with the level of service being provided decreasing. The aphorism that the true measure of any society can be found in how it treats its most vulnerable members may be overused. In this case though, its resonance rings true.

Indeed, Scotland did not get the independence that many hoped would so dramatically change things, but the plight of asylum seekers remains as urgent as ever and a shift in these powers to Holyrood could yet change lives for the better.