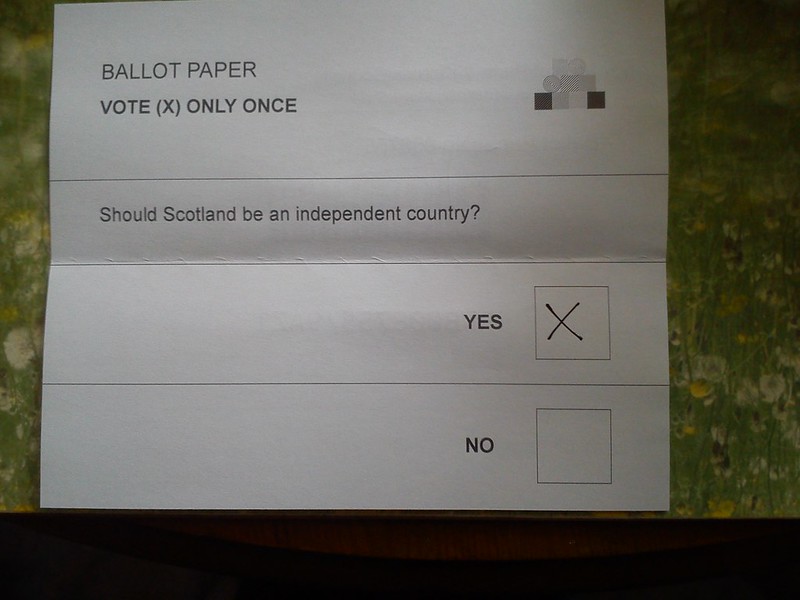 AFTER A DISMAL result for the party in the General Election with the SNP sweeping up all but one of their Westminster seats, a host of Scottish Labour members and politicians have spoken out in favour of a second independence referendum as a “matter of democracy”.

Alison Evison, president of the Convention of Scottish Local Authorities [Cosla] and one of the party’s most senior councillors, came out in favour of a second referendum on Twitter over the weekend after the SNP made sweeping gains across Scotland.

“It’s straightforward to me: democracy must be at the core of all we do. Recently it has become fragile and we must strengthen it again.

“We can strengthen it by enabling the voice of Scotland to be heard through its formal processes & that must mean a referendum on independence,” she wrote on Twitter.

Despite making gains in 2017 after being all but wiped in 2015, the party returned only one MP following the General Election on 12 December and several defeated Labour candidate admitted that, despite arguing against a second referendum in the election, their platform had been rejected.

Ged Killen, who lost his Rutherglen and Hamilton seat, said over the weekend: “The SNP made massive gains on a promise to hold another referendum and, as democrats, we must accept it even if we don’t like it.”

After some criticism, he pointed out the 2014 referendum was prompted by the SNP winning a majority in 2011, asking how sustainable the apparent pro-UK position was to rely on denying the question rather than “defeating the argument”.

As well as movement on a second referendum from politicians, a host of grassroots members have also come out in favour in an open letter demanding “radical-self determination for Scotland”.

Recognising the mandate for a referendum, the letter also says that if a “hardline Tory government” deny Scotland’s democratic will then the group would back escalating civil disobedience against the UK Government.

“Should all attempts to secure a second referendum by legal and constitutional means be obstructed by the UK government, we support an escalating strategy of non-cooperation and civil disobedience against that government, pursued at all possible levels: from the Scottish Government legislating on, or refusing to cooperate with, matters ‘reserved’ to Westminster, to grassroots non-violent direct action within and outwith Scotland,” it said.

Rory Scothorne, a pHD student researching nationalism and the radical left in Scotland, is amongst those supporting the letter. Writing on Twitter he said: “You can’t argue against indy on democratic socialist grounds if you don’t recognise Scotland’s basic right to decide. You can’t argue for indy on those grounds if you don’t recognise the need for an irreversible transfer of wealth and power to the working class.”

“The SNP blueprint for independence is flawed and will disappoint many progressive Scots who are fed up with austerity,” Lennon told the Sunday Mail.

However, Gibbs, a historian specialising in the history of the labour movement, said he thought the current debate was in a “different territory”.

“The right to national self-determination is an essential democratic question that should unite across that divide. I think it’s undoubtedly the case though that the election result confirms that across both Scotland and England the old culture labourism is in retreat and the assumptions that grounded the sensibilities of Labour’s support for the Union are increasingly at least open to question.

“It ramps up the intolerable nature of the democratic deficit by compounding five further years of Tory rule without a Scottish mandate. But it also calls into much greater question whether there is any alternative within Britain. I have advocated federalism and a major shift of wealth and political power in class and geographical terms.

“But that’s clearly reliant on a UK Labour government that doesn’t appear to be coming.”

Despite movement from some parts of Scottish Labour, MSPs Anas Sarwar and Daniel Johnson have both spoken out against any change in the party’s position.

SNP figures on social media as well as First Minister Nicola Sturgeon have welcomed the discussion: “Not for me to decide its direction, of course, but can’t help thinking that Scottish Labour would do well to listen to principled and sensible voices like [Alison Evison].”

Some in the SNP have also warned independence supporters online against alienating Scottish Labour members who might be changing their position on independence or adopting an “I told you so” approach.