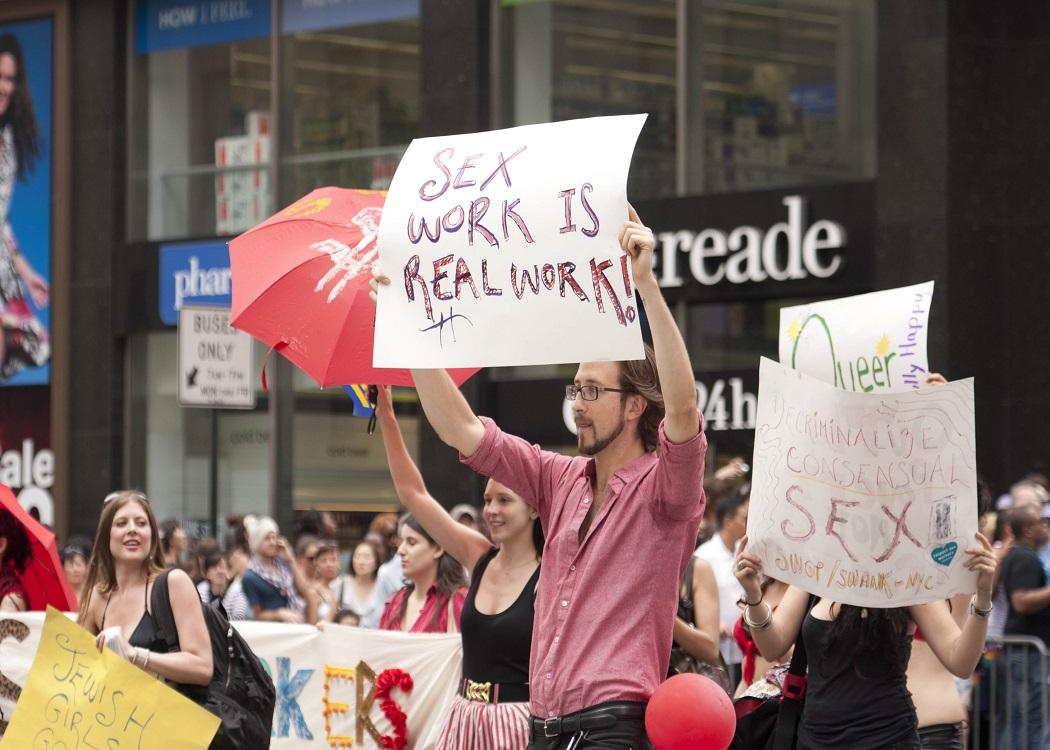 A MEETING in parliament to discuss prostitution reform in Scotland has heard claims that the Commonwealth Games in Glasgow caused a surge in police harassment of sex workers.

Dr Kate Hardy, a lecturer at the Leeds University Business School, carried out research during the 2014 Commonwealth Games in Glasgow. She found “no change in either the numbers of people working or the number of clients they reported seeing, but street workers reported much higher levels of harassment from the police”.

“Sex workers were harder to find and identify in Scotland than anywhere else I’ve done research. That shows that people are very hidden, they’re very isolated, they’re working on their own and that is a very dangerous way to work,” she said.

“Sex workers were harder to find and identify in Scotland than anywhere else I’ve done research.” Dr Kate Hardy

The briefing event, which took place in the Scottish Parliament on 11 November, was hosted by Jean Urquhart MSP in conjunction with Scottish Prostitutes Education Project (ScotPep). Urquhart, an Independent MSP for the Highlands & Islands, is proposing a new Bill on the reform of prostitution law, the stated aim being to “promote the safety and uphold the rights of people selling sex in Scotland”.

Key elements of the Bill include permitting up to four sex workers to work together from the same premises, scrapping laws against soliciting and kerb-crawling, and extending protection against coercion.

Responding to Dr Hardy’s comments, Urquhart told Commonspace: “While the Commonwealth Games may have formed the basis of this research, what the research highlights is a much wider problem across Scotland – that the current laws force sex workers to work in isolated, unsafe conditions, and inhibit access to the police and health services.

“The measures proposed in this Bill would not just increase levels of safety for sex workers but it would also open up clearer communication between sex workers and the police.

Catherine Healey, a sex worker from New Zealand, said that the decriminalisation of sex work there had created a “culture of whistleblowing” against trafficking.

The meeting also heard from sex workers and activists on the effects of current laws against soliciting, kerb-crawling and brothel-keeping. Speakers from the Prostitutes Collective, the Ugly Mug campaign, and the National Union of Students addressed the meeting.

Catherine Healey, a sex worker from New Zealand, said that the decriminalisation of sex work there had created a “culture of whistleblowing” against trafficking.

Labour rights and protections were highlighted as a benefit of decriminalisation by several speakers. NUS Women’s Officer Emily Beever argued that “when you criminalise, you create an industry where workers cannot organise”.

The debate over the proposal to decriminalise sex work has been heated, with opponents arguing that gendered exploitation and abuse are inextricably linked to prostitution.

“Any changes to the law should be strongly focused on increasing women’s choices.” Scottish Women’s Aid

Responding to Amnesty International’s call for decriminalisation in the National , Women for Independence campaigner Carolyn Leckie wrote: “Like many feminists, I believe that prostitution is both a symptom and a cause of gender inequality. Amnesty’s remedy is to remove all legal impediments to prostitution. But in the real world, this means legalising abuse.”

Scottish Women’s Aid responded to the proposed Bill in September with caution, welcoming the decriminalisation of those selling sex but advising that they will need to look at the evidence around soliciting and kerb-crawling.

“Any changes to the law should be strongly focused on increasing women’s choices,” the organisation added.

Urquhart is asking for the public to add their views and experiences to the discussion by responding to the online consultation , which is open until 1 December 2015.