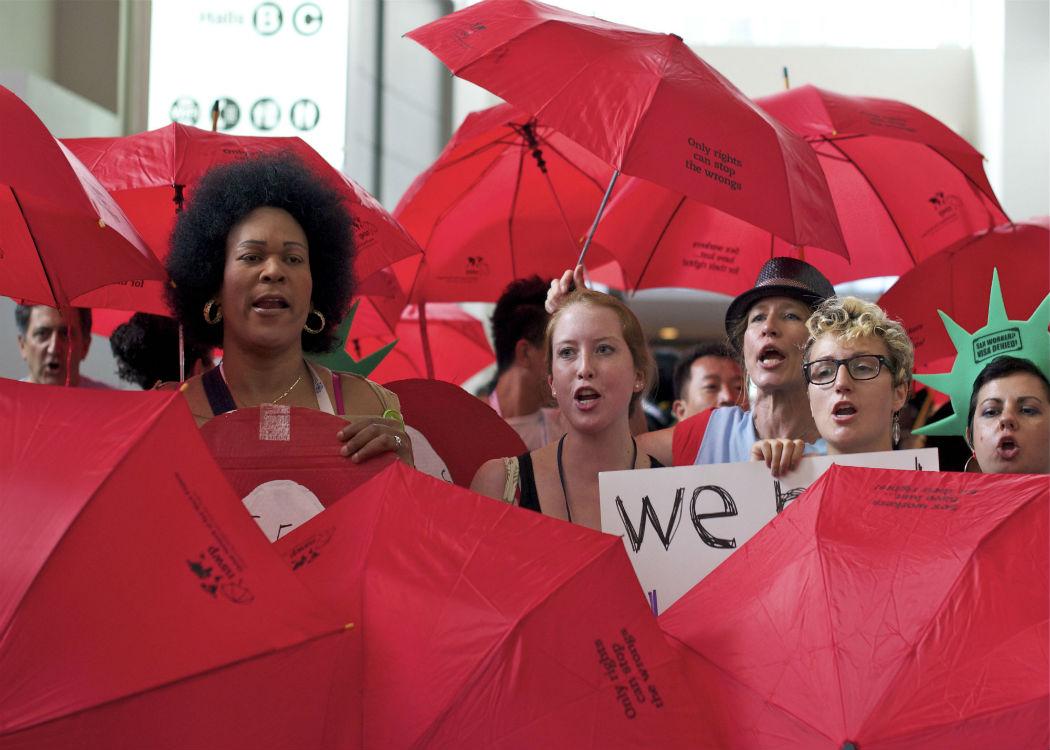 SEX WORKERS rights groups have slammed a new Scottish Labour policy to tackle the sex industry as likely to increase the risks of “violence” to sex workers.

The Labour policy proposes what the party calls a “three pronged framework” of criminalising the buyers of sex, decriminalisation for people “involved in prostitution”, and providing long term support for those who are exploited in sex work.

However, sex workers rights organisation Scotpep and the UK wide National Ugly Mugs group ( Ugly Mugs is a term for distributing information to protect sex workers from violence) said that the new policy was being deceptively presented as emancipatory for sex workers when it actually involves an “ideological” opposition to sex work and would only leave sex workers vulnerable to violence.

“The party appears to have been captured by a right-wing and homophobic evangelical perspective that has no place in a modern Scotland.” Nadine Stott, Scotpep

Nadine Stott, Scotpep co-chair, said: “Everywhere that these laws have been tried. They have led to an increase in sex workers’ vulnerability to violence.

“We are shocked and disappointed that Scottish Labour would look at this huge rise in violence and think that this was a successful policy worth extending.”

“Their proposals are nothing more than a rapists’ charter . We would hope that their membership will revolt on this issue, where the party appears to have been captured by a right-wing and homophobic evangelical perspective that has no place in a modern Scotland.”

The sex workers organisations have endorsed the New Zealand model of full decriminalisation of sex work.

Read: What the proposed changes to sex work in Scotland mean

They have also backed independent Highlands and Islands MSP Jean Urquhart’s proposed bill to decriminalise sex work in Scotland, based on the New Zealand example.

Alex Feis-Bryce, Ceo of National Ugly Mugs, said that Labour’s policy represented a “moral crusade” against sex work that could only result in harm to the women involved in the industry.

She said: “Our day-to-day work is one hundred percent about providing practical support to try to help keep sex workers safe, so it’s gutting to see proposals put forward that, if enacted, would empower violent perpetrators.

“Their claim that these proposals decriminalise sex workers is totally disingenuous and should be exposed for what it is – a PR stunt to disguise the real objective of their moral crusade: to attempt to eradicate sex work for ideological reasons irrespective of the harm to sex workers.”

“I thought the Labour Party was about defending the rights of workers – yet Scottish Labour want to stand in the way of my labour rights?” Katya, Scottish sex worker

Scottish sex worker Katya said: “I thought the Labour Party was about defending the rights of workers – yet Scottish Labour want to stand in the way of my labour rights? Sex work is work, and we need look to the New Zealand model, not more failed criminalisation. There will be a lot of working class women in Scotland not voting Labour in May as a result of this.”