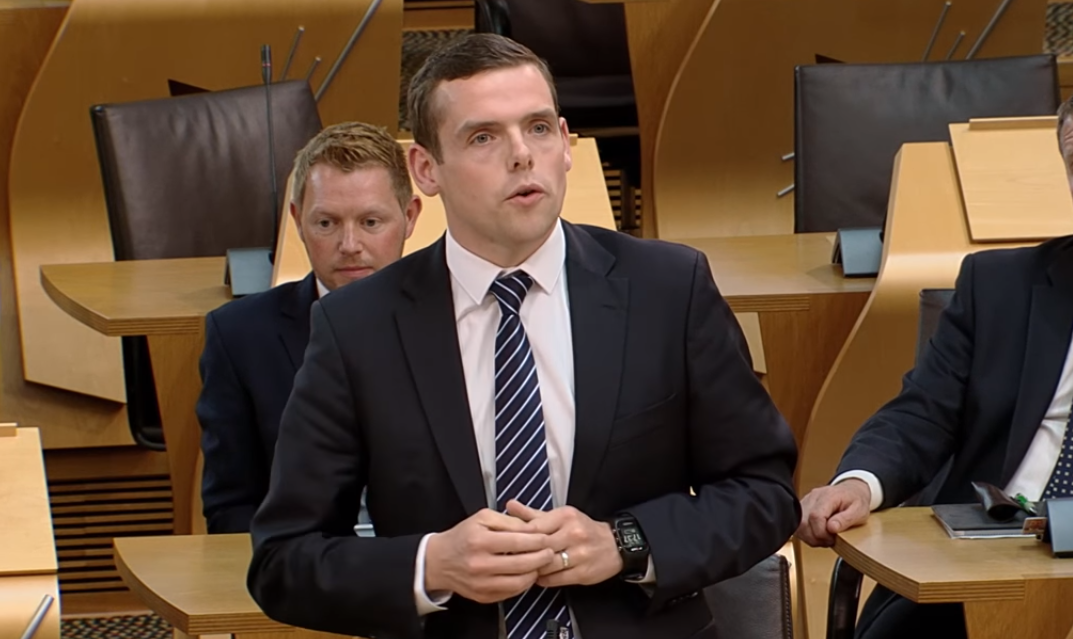 CONTROVERSIAL comments on the gypsy/traveller community made by Conservative MP and professional football referee Douglas Ross, have been brought to the attention of the Scottish Football Association’s (SFA) compliance officer.

In an interview published this week, Moray MP Douglas Ross responded to a question on what he would do if he were prime minister for one day, with the answer: “I’d like to see tougher enforcement against Gypsies and Travellers”.

The comments were in keeping with views on the travelling community expressed previously by Ross, who referred to Gypsy/Traveller camps as a “blight on communities” earlier this year.

“The comments made by Mr Ross have been brought to the attention of the compliance officer and it would therefore be inappropriate to make further comment at this time.” SFA

The comments were denounced by human rights organisations, including Article 12 and Amnesty International, and opposing politicians. SNP MSP Christine McKelvie called for Ruth Davidson to “speak out and discipline Mr Ross, or tell us why she disagrees with Amnesty International”.

In addition to his role as MP, Ross works part time as a professional football referee, and is scheduled as an official at this weekend’s Celtic vs St Johnstone game. Asked for its position on Ross’ remarks regarding gypsy/travellers, the Scottish Football Association told CommonSpace: “The Scottish FA is committed to ensuring that football in Scotland is open to all and we wish to re-iterate our commitment to our Equality Action Plan.

“As an Association we promote the values of equality, inclusion and respect with a view to creating an inclusive and cohesive culture across all levels of our game.”

“The comments made by Mr Ross have been brought to the attention of the compliance officer and it would therefore be inappropriate to make further comment at this time.”

The SFA spokesperson confirmed that Ross will still be officiating the game at Celtic Park tomorrow.

The Scottish Conservative Party, which has come under fire this week for reinstating two councillors who were suspended over offensive social media posts, confirmed that it would not be taking action on Douglas Ross’ comments.

A spokesman for the party described the issue raised by Douglas Ross as one “which is repeatedly raised in communities right across Scotland, and one all our politicians are keen to address”.

In an interview with BBC Radio Scotland today, Ross explained that the issue would not in fact be his top priority as prime minister, but reiterated that “it is an important issue for communities across Scotland”.

Ross expressed concern that important issues such as this could not be raised because “if you dare to raise an opinion that some people disagree with, you are labelled a bigot and a racist”.

Asked whether he would change the legal protections which are in place for Gypsy/Traveller communities, Ross said: “Well that is the problem, that they are an ethnic minority and therefore, when they turn up on land that is not theirs, and establish illegal and unauthorised travelling encampments, they are protected.”