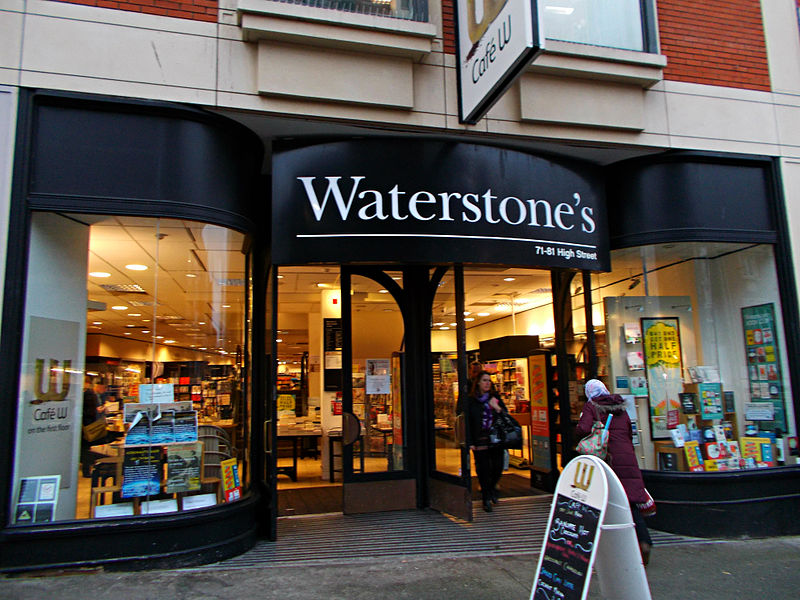 THE book giant Waterstones is facing tough criticism after it announced plans to open an ‘unbranded’ bookshop in Edinburgh’s Stockbridge, a move critics say show the company is trying to trade on the reputation of local booksellers.

The new shop, ‘Stockbridge Books’, was announced by Waterstones CEO James Daunt, who said that the company had long hoped to open a bookshop in the Stockbridge area of Edinburgh. Waterstones has previously opened unbranded shops in England which have no overt signs linking it to the retail giant.

Critics have claimed the retail giant is pursuing an aggressive expansion policy  which is hurting local bookshops and trading on their reputation, as consumers look to support local small businesses.

Julie Danskin, manager of the independent bookshop in Stockbridge, Golden Hare Books, claimed Daunt had gone back on his word after previously saying unbranded stores would only be opened in communities where no other independent bookseller operated.

“What staggers me is the audacious decision to use the name ‘Stockbridge Books’. This is something James Daunt expressly said would not happen when he was called out for opening shops seemingly hiding the fact they were Waterstones brand.

“Stockbridge already has an independent bookshop which has built itself up over five years by becoming a genuine part of the community. We are nominated for Children’s Bookshop of the Year because we put on free events for children every week at our own expense. Every pound from every book bought in our shop goes towards making our shop better for our customers.

“Every pound from every book bought in our shop goes towards making our shop better for our customers.” Julie Danskin, independent bookshop manager

“We employ five staff, all of whom are paid a fair and living wage, and have built up genuine relationships with authors, publishers, and other local businesses. We love what we do,” she said.

A report in 2017 found that 46,000 UK jobs were supported by bookshops, and it is estimated the book selling industry contributes £1.9m GDP for the UK. Waterstones was taken over by hedge fund managers Elliott Advisors in April 2018, which insiders say may be behind its expansion drive.

Another independent retailer in Edinburgh, Lighthouse bookshop, was also critical of Waterstones and posted online saying the company was “masquerading” as an independent shop.

Speaking to CommonSpace, Mairi Oliver, the owner of Lighthouse bookshop, condemned the “disgraceful attack” on independent bookselling by Waterstones: “What we are taking issue with here is the dissonance between Waterstones mantra of being the good guys and their ruthless business practices. They claim to be friends to independent bookshops, and equal partners in the book world, when in fact all they want is market share.

“By using indie sounding names, they are willing to trade on the hard-earned reputations of independent bookshops not just to open their new shops, but to undermine independent competition. It’s disgraceful and utterly shameless given past assurances that they wouldn’t do such a thing.”

SHAME on @Waterstones for their Stockbridge plans! Over and over they stated they would NOT open shops in neighborhoods where an indie bookshop already existed & ASSURED the book trade they wouldn’t MASQUERADE as an indie – ‘Stockbridge Books’ is just that! pic.twitter.com/roR8HSNDrM

Waterstones did not respond to questions from CommonSpace about the criticism their decision had received, but in an earlier statement CEO James Daunt told The Bookseller magazine: “Waterstones is delighted to be opening a bookshop in Edinburgh’s Stockbridge. It is an area of the city in which we have long wished to have a shop…It will be a tad smaller than our Princes Street flagship and, like every good bookshop will draw its personality from its community and neighbouring shops. In consequence, we will be calling it Stockbridge Books and look forward greatly to its opening.”