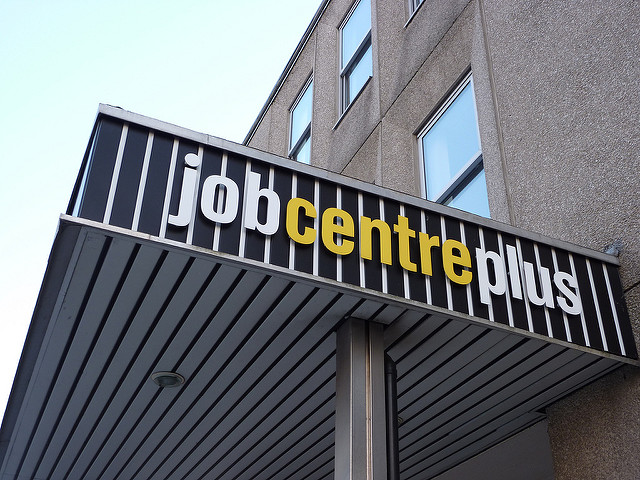 RONA MACKAY led a debate in the Scottish Parliament on Tuesday evening on unpaid trial shifts, branding them “exploitative” and saying that they infringe on workers’ rights.

Leading a debate in support of SNP MP for Glasgow South Stewart Macdonald’s Private Member’s Bill to ban employees working without pay during trial periods, Mackay, MSP for Strathkelvin and Bearsden, achieved broad cross-party support from Labour and Green MSPs, along with more restrained expressions of sympathy from the Scottish Conservatives.

Articulating her support for Macdonald’s Unpaid Trial Works (Prohibition) Bill – which had its first reading in July of 2017 and will receive its second in March – Mackay cited the independent ‘Unpaid Britain’ report, showing that unpaid trial shifts constitute £1.2bn in missing wages.

Macdonald’s bill and the campaign to end unpaid trial shifts, in addition to also achieving cross-party support in the House of Commons, has been endorsed by the Scottish Trade Unions Congress (STUC), the National Union of Students, the Better Than Zero campaign and the Scottish Unemployed Workers’ Network.

Opening the debate, Mackay told the chamber: “The bill is about the complete and total exploitation of people – predominantly young people – who are doing a job that they should be paid for. This is about employers giving false hope to many people who are desperate for a job – to people who are desperate to feed their families – in a country where bankers get bonuses and directors of failing firms such as Carillion get massive pay-offs, but unemployed young people get cheated of a fair day’s pay.

“This is Scotland 2018, not Victorian Britain.”

SNP MSP for Rutherglen and chair of the SNP trade union group Clare Haughey also spoke in support of Macdonald’s “terrific work” to scrap unpaid trial shifts, and voiced her frustration that Holyrood’s own powers to tackle the practice are limited.

“This is Scotland 2018, not Victorian Britain.” SNP MSP Rona Mackay

Haughey said: “When we are made aware of issues such as the use of unpaid trial shifts, it is a real source of frustration that we cannot do anything about them, legislatively, in this parliament, because employment law is still reserved to Westminster.

“The blocking of the devolution of those powers by opposition parties during the Smith commission process has proven to be a significant miscalculation.”

Scottish Green MSP for West Scotland Ross Greer spoke in support of those campaigns that have combated the link between low-paid or unpaid work and poverty, such as Living Rent and the Better than Zero campaign, but said it was up to parliamentarians to address the cause of these issues.

The reason campaigns such as Better than Zero had to fight so hard for “basic justice for workers”, Greer argued, was that “the UK has the worst and weakest employment laws in Western Europe.”

Greer said: “When someone is struggling to stave off eviction because they cannot cover their rent and is struggling to feed themselves and their family, what choice do they have when the potential for paid work is dangled in front of them?”

“The blocking of the devolution of those powers by opposition parties during the Smith commission process has proven to be a significant miscalculation.” SNP MSP Clare Haughey

Labour MSP for Glasgow Johann Lamont and Labour MSP for Central Scotland and Shadow Minister for Inequality Monica Lennon also spoke in opposition to unpaid trial shifts, with Lennon highlighting the particular prevalence of unpaid exploitation in the hospitality sector, and asking the chamber whether the issue could be addressed at the local level “with the powers that we have”.

Conservative MSP for Mid Scotland and Fife Dean Lockhart joined in the condemnation of “having someone work for a prolonged period without receiving any pay on the basis of a so-called unpaid trial shift,” calling it “simply not fair.”

However, he went on to argue that there “might be circumstances in which it is appropriate to have a brief trial period – however long it might be – to assess a candidate’s skills and suitability for a job, but that is not in any respect the same as the unacceptable examples that Rona Mackay highlighted.”

Jamie Hepburn, Scottish Minister for Employability and Training, noted in his remarks that he had written to the former Secretary of State for Work and Pensions David Gauke both to express the Scottish Government’s support for MacDonald’s bill to end unpaid trial shifts, and to raise the Scottish Government’s concerns about the manner in which they are promoted by Jobcentre Plus.

“The UK has the worst and weakest employment laws in Western Europe.” Green MSP Ross Greer

Despite his requests, Hepburn went on, he was yet to receive statistics from the UK Government regarding the number of work trials that have, or have no, led to permanent employment.

“I look forward to Mr Gauke’s successor providing me with the detailed information that I requested,” Hepburn noted.

Speaking to CommonSpace after the debate, Sarah Glynn, organiser for the Scottish Unemployed Workers’ Network, endorsed both Macdonald’s Private Member’s Bill and Mackay’s motion in support of it, saying: “There appears to be a growing, and very worrying, expectation that you should work for nothing in order to earn the right to earn your living. This takes many forms: unpaid internships, an expectation that you should do ‘volunteer’ work, use of volunteers to staff commercial music festivals, unpaid work experience.

“There appears to be a growing, and very worrying, expectation that you should work for nothing in order to earn the right to earn your living.” Scottish Unemployed Workers Network organiser Sarah Glynn

“In the worst instances, unpaid work it is made compulsory in order to receive unemployment benefits. Even when it is not strictly compulsory, people are often afraid to say no in case they get sanctioned, or are persuaded that it is necessary in order to get a job. This is not only unfair on those expected to work for nothing, but also undercuts paid work.”

Glynn continued: “Compulsory unpaid work used to be a major part of the DWP’s Work Programme scheme. This scheme is drawing to an end, and its much less well-funded replacement is devolved.

“We were very relieved when the Scottish Government listened to campaigners, including ourselves, and announced that any Scottish ’employablity’ schemes would not be compulsory, however Universal Credit is bringing in new pressures. Every 18-21 year old on UC who has been unemployed for more than 6 months will be made to do training or work experience. and this will be arranged through the DWP and not devolved.

“I hope that this bill can be a first stage in a change of culture and a return to the belief that a fair day’s work deserves a fair day’s pay.”