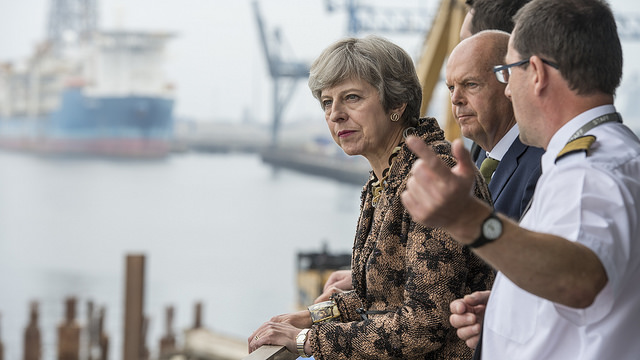 THERE is no doubt now that Brexiteers are poisoning the political culture of the UK. Look no further than the Home Office document that was leaked last week, which set out for the first time how Britain intends to approach the issue of immigration, dramatically refocusing policy to put British workers first.

Already guilty of harking back to its imperial past in ‘Empire 2.0’, the UK Government now appears to be using Victorian ‘poor law’ legislation as an inspiration for its post-Brexit immigration policy.

Under old the poor law legislation, migrants who claimed assistance from the state who did not meet the conditions of settlement – i.e. residency status of at least five continuous years – could be removed from Scotland (and England, though laws for each country differed).

Already guilty of harking back to its imperial past in ‘Empire 2.0’, the UK Government now appears to be using Victorian ‘poor law’ legislation as an inspiration for its post-Brexit immigration policy.

Poor law guardians capitalised on national poor law legislation as a justification for discerning attitudes towards, and withholding relief from, the migrant poor at the local level.

The fundamental purpose of the legislation was to prevent migrating workers – particularly the Irish, as they were by far the biggest migrant group at the time – from potentially burdening the system. Contemporary attitudes to Irish migrants were permeated with sectarianism and notions of racial superiority.

Continually portrayed as the underclass of the industrialisation period in Britain, poor law guardians drew upon anti-Irish rhetoric to mark the Irish as a contaminating presence within the greater society.

Generally, the legislation was driven by discerning attitudes towards the poor. Towards migrants, however, the poor laws took on a distinctive hue that was driven by national chauvinism.

The poor laws, particularly around settlement and removal, were intended to serve as a deterrent to further migration from the Emerald Isle. Poor law guardians often administered the laws in a harsh manner; for example, forcibly removing persons long resident in a town to their place of birth, even splitting up families in the process.

Generally, the legislation was driven by discerning attitudes towards the poor. Towards migrants, however, the poor laws took on a distinctive hue that was driven by national chauvinism.

For example, Mary Lochrey was born in Innishowen, Ireland in 1862. She was seven years old when she was brought to Greenock by her parents along with her two brothers on a summer day in July 1869. Within a year, all of Mary’s family died from fever – such was the harshness of the Victorian Greenock slum, leaving the seven-year-old child an orphan in the need of urgent care.

As an Irish-born girl, and fearing that she was a carrier of the fever herself, little Mary was not given compassion by the Greenock Parochial Board, but sent on a ship away from Greenock to spend the rest of her childhood in the workhouse in Moville, Ireland.

The poor laws are no more, of course, but the lessons from the past still need to be learned. Demagogues are adept at arousing and directing their rage towards the scapegoat, most commonly the racial/ethnic ‘other’. Trump has used this kind of hysteria to win power, and wielded it further still.

Worryingly, it has seeped into British politics beyond the far-right peripheral, particularly in ways that politicians and media outlets have framed Brexit and its aftermath.

What is clear is that even in the best case scenario of Brexit negotiations, EU nationals will lose rights to live and work in the UK. The leaked Home Office document proposes offering EU migrants residency for a maximum of only two years, in a policy designed to drive down numbers that has parallels with the old poor law system.

The poor laws are no more, of course, but the lessons from the past still need to be learned.

Those in “high-skilled occupations” will be granted permits to work for a longer period of three to five years, although employers would be asked by the Home Office to “give preference in the job market to resident workers”.

Think about that. Some EU citizens have lived in the UK for decades. As such, many have children who go to school here; they own houses and businesses, but have family back home. Under these Home Office proposals, they would not be able to go back to their home country for extended periods of time, after which they’d lose their settled status.

Moreover, according to the Home Office report, they would also only be allowed to bring their “direct family members” to the UK if they earn a minimum of £18,600 a year. A strange figure, perhaps – though let me provide some clarity.

Official figures show that about 2.4 million European Union nationals work in Britain – roughly seven per cent of the overall workforce – with some subsectors of the economy almost totally reliant on migrants, particularly the retail and hospitality sectors. Roughly 75 per cent of waiters and 20 per cent of chefs working in the UK come from other EU nations.

Anyone working in these sectors will know that, despite all the overtime in the world, they would struggle to earn over £18,600 a year. Of course, the Tories know this full well. This is social engineering.

Demagogues are adept at arousing and directing their rage towards the scapegoat, most commonly the racial/ethnic ‘other’.

Unlike Trump, UK politicians are not proposing a border wall to be built across Dover. Yet the call for enhanced controls and the use of biometrics, as well as the preference to be given to British workers, has mirrored a version of Trump’s ‘America first’ pledge.

Bearing similarities with the 19th century poor laws, the direction of policy is clearly designed with the objective to deter people born in another country from coming to the UK by making that process as difficult and unappealing as possible.

EU nationals must face the fact that in most cases they’ll be allowed to stay in the UK for only two years before being kicked out. The UK Government has rendered people – human beings – who happen to be born in the Eurozone as no more than statistics on a spreadsheet that can be adjusted bi-annually.

I live in Inverclyde, which is one of the few local authorities in Scotland that is suffering a population decline. Despite this, I will often debate with people who endorse immigration controls due to the town being “full up”.

There are important points here that people need to start getting real on. If you live in a town with a declining population, and it’s still almost impossible to find an affordable flat, then immigration is not to blame – the structure of the housing market is.

If you believe in human decency, in basic compassion for others regardless of what country they were born in, then stand up and be counted.

If you can’t get a decent job despite less people living in the area, then the problem maybe isn’t immigration – it’s industrial decline. If you feel that your town centre is deteriorating and the arse has been ripped out of your community – then direct your ire towards austerity politics rather than the Polish guy who lives down the street.

All the while, the actual and worsening problems in this country such as low pay, poor conditions, job insecurity, an inhumane social welfare system, go on without resolve. These issues will continue regardless of how many EU-born citizens live in the UK.

Still, with living standards at their lowest ebb since the Victorian era, it’s only consistent that the Tories align immigration policy to the 19th century too.

If you believe in human decency, in basic compassion for others regardless of what country they were born in, then stand up and be counted.

The future of the UK is being driven by a few dozen hardliners who are all drinking the xenophobic kool-aid. It’s time to Take Back Control.