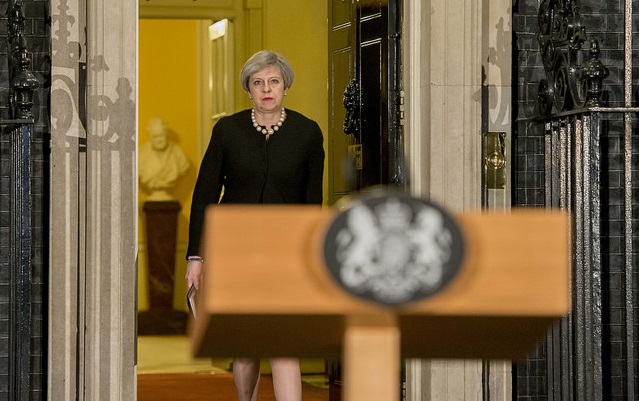 IT’S CLEAR that Jeremy Corbyn did very well in this campaign. He managed to reenergise a Labour party that was tearing itself apart, shifted the policy focus to the left, and denied Tories the majority that they and the country had expected.

And yet, he still lost. Not only did he lose, but he lost to Theresa May, who has revealed herself to all as wooden, robotic and to have as much charm as a shark that has been poked in the eye.

By electing the Tories, the population of the United Kingdom have ensured a few uncomfortable certainties.

The Institute of Fiscal Studies forecasts that child poverty in the UK will reach over five million by the end of the next parliament due to array of damaging policies the Tory UK government introduced in its time in office.

The UK populace have elected a government which uses hunger as a political instrument of choice. The Trussell Trust showed that 145,865 three-day emergency food supplies were provided by the network of 52 foodbanks across Scotland in 2016/17, including 47,955 for children – a nine per cent increase on 2015/16.

They have elected a government which has introduced social engineering by stealth via a two-child tax credit cap and the sickening ‘Rape Clause’. It’s a policy born out of the Conservatives’ ideological hatred for the poor and implemented with a callous disregard of the consequences.

More children will be plunged into poverty because of it. Women who have already suffered unimaginable horrors will be forced to endure yet more pain.

The latest UK Government figures show pensioner poverty is on the rise, with Age Scotland estimating 158,000 pensioners are now living below the poverty line.

Read more – Steve Daley: Where the SNP has gone wrong and how it can turn things around

Now, partly in relation to the horrors of two terror attacks in the space of weeks, the Tories have now said that they’ll tear up the Human Rights Act upon election. The right to liberty, fair trial, the right not to be tortured, will be ripped up like yesterday’s bus ticket.

Just when the voters were celebrating the pyrrhic victory of denying the Tories a majority, the cry rang out from the top deck: “Coalition of chaos, straight ahead!” Now, as well as the Tories, we have been rewarded with the DUP for our troubles.

Democracy has died in the UK, yet no-one has seemed to mourn its passing. Life goes on as if nothing has happened. As a serious political enthusiast, even I can admit that this was an election too far to stimulate any real excitement.

In my town, probably one in a 100 has any real opinion to offer on the state of politics in the country. The rest have other things to think about, like earning enough money to pay the rent, or praying that the rain will stop so that they can finally just go to a fucking beer garden for one day this year.

It is a sad state of affairs – a complete 180-degree turn from the independence referendum of 2014.

Then, a festival of democracy was in action, not just in my home of Greenock, but across Scotland. Flags, badges and paraphernalia were everywhere; pubs, supermarkets, football grounds and households were alive with debate and conversation. It was dynamic. Every day brought a new element of excitement.

This has implications for the wider Yes movement that are hard to ignore. Today, people still sit in pubs and talk some politics, but if recent events are any indication, they are getting tired of the conversation.

Any neutral spectator would look at the Conservative victory in the UK and assume that the country had gone mad. With a sickening doctrine of policies designed to deliberately malign sections of its own citizens, with a national debt of £1.8 trillion and rising, with an economic model based on laissez-faire individualism, the UK voters have only gone and re-elected them, propped up with support from a party, the DUP, whose senior figures include homophobes, bigots and people who think the earth is little older than 4,000 years old.

When entering the UK, the sign at the airport should read “abandon all hope, ye who enter here”.

The population seems content, however, in living in Clusterfuckmaggedon so long as they have a “strong and stable” leader who was so tough as teenager that the social was nearly called upon to stop her trampling the farmer’s wheat.

These are the small problems – the laughs, as it were, in a country which has very little to laugh about.

But life goes on in my town of Greenock – a town of steep hills and cold, wet nights, drunken groups reeling and shouting through their Saturday nights with equal parts joy and inhibition – a manic atmosphere, compared to the grey, tomb-like formality of Westminster.

What’s the best we can now offer for so many people in so many places? Part time contracts in a phone shop, lives spent in and out of the jobcentre (if the Tories haven’t yet closed it down) and more chance of becoming the Pope than of owning your own house.

The irony is that almost all the political parties, other than the Tories and the DUP, from the SNP to Labour and the Lib Dems, have much better ideas for making the country a far better place to live and work in than it is now.

And yet, unless they form a progressive alliance, with the UK’s old and decrepit electoral system, these parties will unlikely see the reins of power at Westminster in the next decade.

Meanwhile, the gap between the Conservatives, knuckles white with the clench of power, and the rest of the disillusioned society that they are so keen on alienating, is growing.

The mood of the country is divisive, cold, and dark. It’s clear that a directional change is needed; a “new” politics that inspires hope. We need the spirit of 2014. We need to seize the day. I fear, though, that many people seem too dispirited to even open the curtains.

“The crisis consists precisely in the fact that the old is dying and the new cannot be born; in this interregnum a great variety of morbid symptoms appear.”