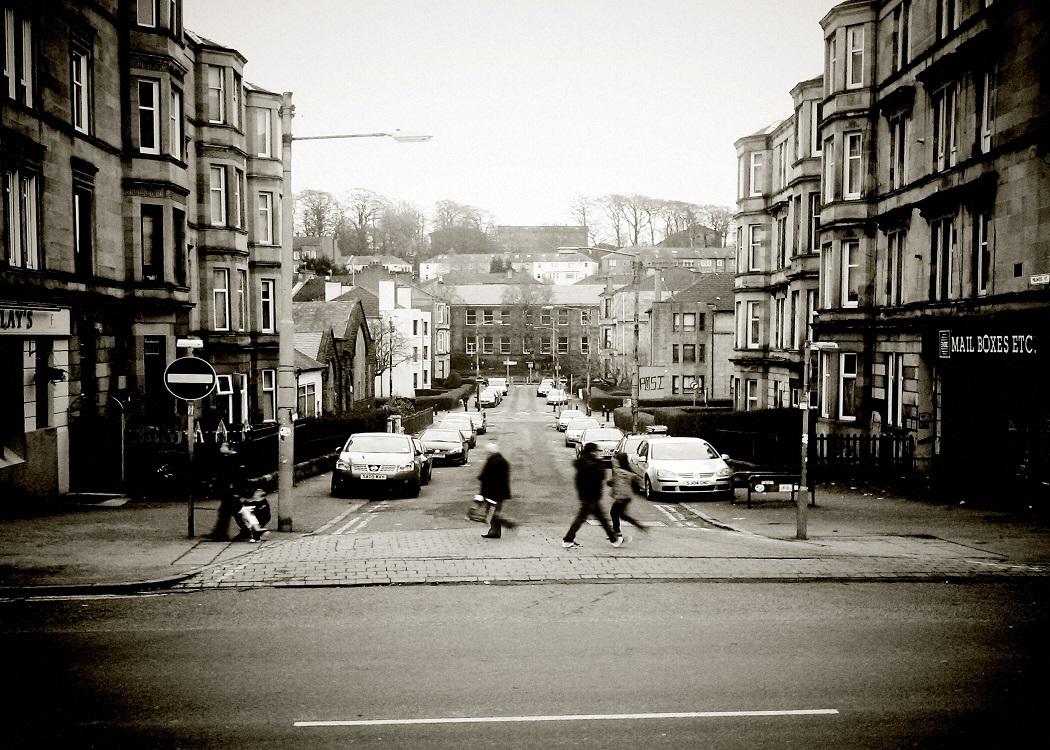 Writer Shaun Milne says he and many others of his generation don’t recognise the concept of ‘community’ in the way his parents did, and argues that everyone has a responsibility to make sure it doesn’t slip away for good in the modern corporate landscape

Yet for all the imagery I don’t understand the word, at least not in the way my parents and their parents before them understood it. I’ve never felt connected to the communities I’ve lived in. I’ve never felt the bonds that seemed so concrete in the towns and villages around me when I was growing up.

Yes, this generation is ‘different from the last’ but we seem, as a society, to be fragmenting, isolating ourselves into protective bubbles that can see us never knowing our neighbours or even feeling connected to where we live in any meaningful way.

Up and down this country, in towns and villages, in city districts outside of the centre, the story is the same – closed-up shops, derelict centres, ghost towns.

There’s a mixture of reasons that can be attributed to this: the ‘death’ of the high street and rise of internet shopping, the loosening of the grip of church groups and religious organisations on communities, the ever-increasing retreat into the online world of social media.

Personally, I have my circles, my bubble, but rarely do they touch anything larger, anything more substantial or influential.

I don’t think my experience is an isolated one: if you look up and down this country, in towns and villages, in city districts outside of the centre, the story is the same – closed-up shops, derelict centres, ghost towns.

With every big supermarket that opens we seem to lose a piece of who we are. ‘But they bring jobs’ – yes, they do but those jobs are often on poverty-level wages and they never seem to take into account the effect on the community. The human cost.

Yet we’re all culpable in this, to one extent or another. The ease of online shopping, the cheap deals and wider product ranges in the supermarkets; piece by piece we’ve let ourselves become slaves to an easier way of living.

I detest shopping. The crowds, the bustle, the queues. A few clicks of a mouse and having your items delivered to your door is heaven by comparison. But while I appreciate the luxuries of modern shopping I can also see the damage it does. We’re becoming a society built on selfishness and individual demands.

You resent your bubble being interrupted. You bitch and moan and let the dark cloud of grievance sour your thoughts. I’m as guilty as anyone else. First world problems.

We’re becoming a society built on selfishness and individual demands.

It seems as if every reason to leave your house comes with a price tag these days. Public spaces, free spaces, are being destroyed by councils desperate to squeeze every penny out of the people they’re meant to represent.

One need look no further than Glasgow City Council and the shenanigans surrounding George Square and the Buchanan Street Steps to witness this wilful destruction of public space. If people aren’t spending money in a place then what good is that place or the people in it?

Aren’t we worth more than the amount of cash that can be pried from our wallets and purses?

To see a bucking of this trend let’s take a trip to the south side of Glasgow. This area used to get quite a bad reputation – it was a bit rough, a bit dodgy, not the place you’d go to if you had a choice in the matter.

However, over the past few years, this reputation has begun to change. There has been an influx of students who call the south side home since, compared to the west end, the rent isn’t as exorbitant. It is being seen as the ‘go to’ place for first-time home owners in the city and is a popular destination for those wishing to start a family.

The south side has often been viewed as a cultural melting-pot and the artistic side of this has burgeoned with the phenomenal success of the South Side Fringe. Despite all of this, many areas of the south side still fall into the ‘urban decay’ category with abandoned shop fronts and retail units sitting empty.

This brings us to the Art Village. A combined effort from Juliane Dost and Patrick Evans, Art Village is a community regeneration project located in the Shawlands Arcade in Glasgow’s south side.

It aims to ‘re-energise’ places hit by urban decay by giving people a reason to return to the high street. Art Village does this by converting disused retail and commercial spaces into art galleries, workshops and creative spaces.

A combined effort from Juliane Dost and Patrick Evans, Art Village is a community regeneration project located in the Shawlands Arcade in Glasgow’s south side.

Not only does this encourage people to come and participate in the Art Village spaces but it also helps keep the retail units in good condition, and brings much needed footfall to the area which contributes massively to local businesses and services.

By giving people a reason, a purpose, to revisit the high street, it creates a ripple effect on trade and increases the appeal of business investment in the area.

The idea behind the project is not merely tied to one particular aspect or area either. Not only does Art Village act as a gallery space for Scottish artists and creatives but there are also workshops ranging from jewellery creation, children’s arts and crafts, terrarium planting, drama, as well as crochet and knitting.

Combined with this there are ‘creative spaces’. These give artists an area to work on their projects and this has been received with great enthusiasm. It not only gives artists an area to work in, which is already overflowing with creative ideas and energy, but one which showcases a rare and precious commodity: an abundance of natural lighting.

With Scotland still in the midst of a democratic awakening, you cannot talk about Scottish art without talking about politics. For some, the established galleries, along with the usual means of artistic funding, this can become a minefield.

Many fear reprisal if they piss off their funding sources with anything overtly political – a political statement in itself, ho-hum irony meter – and so large swathes of Scotland’s artistic community are left without representation or space to showcase their work and allow them to build relationships with other artists and creatives.

By giving people a reason, a purpose, to revisit the high street, it creates a ripple effect on trade and increases the appeal of business investment in the area.

As an ‘independent’ organisation the Art Village offers artists freedom of expression and isn’t afraid to showcase political art.

Indeed, the centre became a hub of activity during the referendum campaign with highly successful events including ‘Art for Aye’, a packed-out event in collaboration with Women for Independence which saw speeches from the likes of Nicola Sturgeon, Patrick Harvie and Ruth Wishart.

Under the Art Village umbrella also falls Plan B Books, The Creation Space and Cinema Lautrek, the latter being named so because it’s Scotland’s smallest cinema.

The success of the Art Village project has been phenomenal. The project has gone from strength to strength, becoming a solid community foundation in Shawlands and the south side in general.

Of course, Art Village doesn’t operate in isolation and has ties with many other community groups in the south side such as: South Seeds, Urban Roots, Locavore, Glad Cafe, Woodcraft Folk and Govan Baths.

Faced with the apparent inevitable decline of Scottish high streets, the Art Village is a radical and interesting approach to getting people in the community together and trying to reverse the trend of urban decline.

We need radical ideas such as the Art Village in order to keep our communities together and break down the barriers we so often build around ourselves.

Now, more than ever, communities need projects like this. Will it be enough to stem the tide? Who knows.

All I can say is the people of the south side are very lucky to have such a project. The rest of the country could learn valuable lessons in how it brings people together in unique and interesting ways.

We need radical ideas such as the Art Village in order to keep our communities together and break down the barriers we so often build around ourselves. It’s maybe time we burst our bubbles.