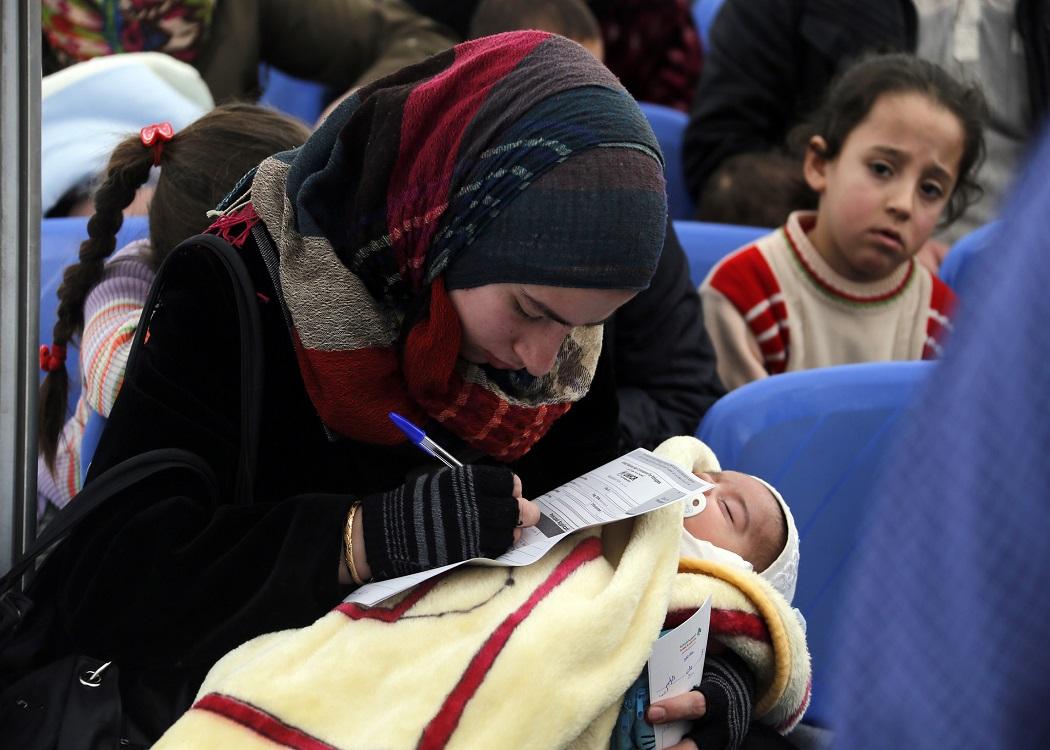 I’VE been sitting here, for what feels like hours, trying to write something that does even a semblance of justice to the plight faced by the thousands of human beings struggling, as I type, to reach a better life.

I’m sat, eyes streaming tears as I see once more the callous disregard many in Europe have towards refugees who risk every fibre of their being as they flee some of the worst conflicts in the Middle East and Africa.

What value do we, those privileged enough to live in relatively civilised and safe countries, place on a human life? Does our empathy, our compassion, our ability to offer a hand to those in need, stop purely because of a border? Does our willingness to help others only come into effect when those people are white? When those people are British?

What value do we, those privileged enough to live in relatively civilised and safe countries, place on a human life? Does our willingness to help others only come into effect when those people are white?

“These migrants are not my problem. Scotland is for Scots.”

Such disgusting sentiments abound, aided and abetted by a right-wing press which has used ‘migrants’ as a scapegoat for Britain’s woes the same way they instigate the fires of ‘benefit claimant’ witch hunts.

There’s a reluctance to engage. A selfishness which seeks to divide the world between the human and the sub-human. With every utterance of the word ‘cockroaches’ or ‘swarms’ or even ‘illegal migrants’, we diminish the humanity of the people who are enduring such trials and nightmarish conditions; people who risk everything all for the mere prospect of a better life.

With each sneer, each erection of a barrier, these people become less than human beings in the eyes of Britain’s media and swathes of the public. They become a threat, an other, a dark nightmare which governments and the media can use to distract the attention of the populous. Something new to fear.

The image of these refugees gets moulded and shaped until it no longer resembles the reality of the situation. Many comfort themselves in swallowing the constructed images and are afraid of looking at the faces of the real people behind them.

It is easier to convince yourself all of these refugees are nothing but terrorists hell bent on destroying your proud Britain. A nation which has brought so much joy and prosperity to the world.

It is easier to delude yourself into thinking these people are nothing but filthy thieves trying to sneak into Britain to steal your X-box One, your job, your television and your George-Fucking-Foreman grill. That they want nothing more than to live a life of Riley on benefits. They’re coming for your taxes.

It is difficult to look – and I mean really look – at the faces of these human beings, to see them for who they are: families, mothers, sons, daughters, fathers, children.

It has taken the harrowing photography of the drowned body of the young boy, Aylan Kurdi, to finally shame our country into action. It’s taken a dead child to finally wake people up to the realities of a humanitarian crisis.

But it is not so hard to reach common ground with these ‘illegals’ you so coldly disregard. They want food, shelter, clean water, safety and the prospect of a decent future.

The parents want a better life for their children and the children just want to live in a country that isn’t tearing itself apart. These people just want peace.

It has taken the harrowing photography of the drowned body of the young boy, Aylan Kurdi, to finally shame our country into action. It’s taken a dead child to finally wake people up to the realities of a humanitarian crisis.

Yet even when faced with a sight of such utter tragedy there are those who retreat further into their own hatred, their own racism and bigotry.

Aylan, his brother Galip and their mother Rehan, lost their lives as they attempted to make it to a better life and yet there are still those who say “not my child, not my problem”.

Every right-wing rag that has pushed ‘migrant’ hate stories, every commentator who has uttered the phrase ‘Britain is full up’ or demonised these people – you have blood on your hands.

I don’t say that lightly. You have helped foster a narrative that has led to such public resentment towards these refugees that they think more of a delayed holiday than they do about the deaths of thousands of human beings. So you’ll forgive me if I don’t buy your crocodile tears over the death of that child.

Yet even when faced with a sight of such utter tragedy there are those who retreat further into their own hatred, their own racism and bigotry.

The right-wing media that has contributed to the hatred of refugees now capitalises on the death of a victim of that hatred and indifference. David Cameron may have made a u-turn on his stance on refugees but whether that is from public pressure or Angela Merkel’s actions remains to be seen.

But I don’t think one for one second he actually gives a shit. British arms dealers benefit from an unstable world after all. There is no profit in refugees, just in the crises and conflicts which create them.

In an ideal world a united aid effort would have been mounted months ago. Military vehicles, aircraft and ships would have been used to help transport and house these people who flee the horror of conflicts that Britain and the west have caused and profited from.

In an ideal world the public would not sit ideally by, sneering at those less fortunate.

“Oh, but we can’t do that because of x-“. Fuck off. Excuses come easy when there is no desire. Get-out clauses to absolve yourselves of any responsibility. Where there is a will there is a way and the deaths of thousands of people, it has to mean something. It has to.

How many of you were so quick to complain about your holiday delays or how your supermarkets might not have stock of that favourite food you like for a few days?

These refugees, they are not work-shy or terrorists or scum. Take a look at what they build in the camps they find themselves in. Schools, shops, churches. They build communities. They try desperately to build lives with almost nothing.

How many of you were so quick to complain about your holiday delays or how your supermarkets might not have stock of that favourite food you like for a few days?

A country that welcomed these people, that housed them, that treated them with the respect and dignity they deserved would find itself rewarded. Not just in the labour these people could provide, the taxes they would generate, but with the way their lives would enrich the communities they found themselves in.

After reaching a safe land, free of conflict, where these people can live in peace and raise their families without fear of death – they would be grateful. They would work hard because compared to their old lives, life in Britain would be everything to them.

Aylan Kurdi is not just one child. He stands for every human soul that has been lost while the majority of the world looks on and shrugs. He is a symbol of the uncaring attitudes of many in Europe towards those from the outside.

He is a boy whose life was cruelly cut short. An innocent in every conceivable sense of the word. He, and the people like him who have lost their lives, deserved more than this.

Aylan Kurdi is not collateral damage. These people are not statistics to be dismissed as ‘the cost of doing business’ or however else our governments try and spin the tragic results of their foreign policy and arms deals. These are human beings. People.

You remind me that there are some elements of humanity that are not just self-centred bastards. You bring hope that compassion and decency towards our fellow human beings still exists.

You show that such things are not limited by borders, by people nationality, by some other arbitrary ruler that can be dug out absolve us of caring.

If someone is drowning in the sea and I can help them, I give not one fuck about the colour of their skin or where they come from. A human being needs help.

If someone is drowning in the sea and I can help them, I give not one fuck about the colour of their skin or where they come from.

A human being needs help.

We can do more. We can contribute to saving people’s lives.

In what sort of a world would that not take precedence over everything else?