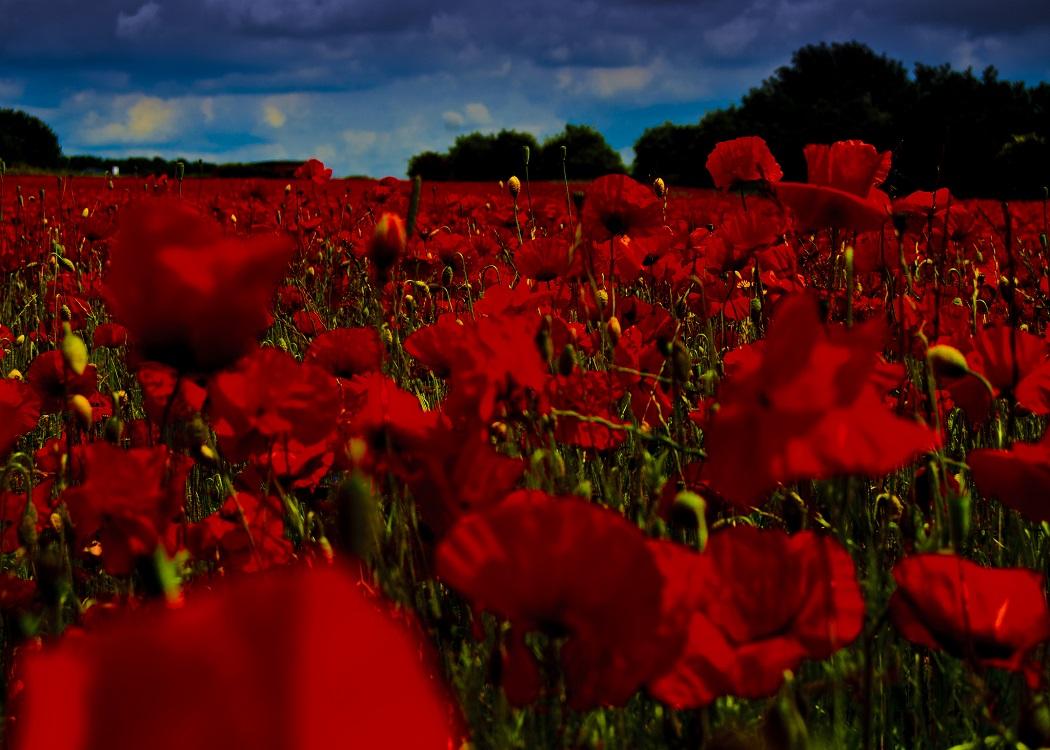 “It wasn’t too much, to take a frail figure into one’s arms for those last moments of life. Better than a cot, or even a bed in a room filled with loved ones. Better, too, than an empty street in the cold rain. To die in someone’s arms – could there be anything more forgiving?

Every savage barbarian in the world knew the truth of this.”

HOW do you mourn those whose names you have never known, whose faces you have never seen? How can you look out onto seemingly never-ending graves and give answer to the tragedies of the world?

In what way can any of us offer an adequate response to the merciless, indifferent and cold face of war and death? For me there isn’t an appropriate response to any of these questions, and the dozens of others that could spring forth when contemplating the cruel world that we live in.

I don’t know the answer to any of these questions but I know what it is not. To pay service to the lost souls of war, to offer a nod of respect and compassion to those who have laid down their lives – to do that is not to stand for further bloodshed.

Any meaningful gesture of remembrance cannot be wrapped up in military jingoism and bolster the very systems which have sent, and continue to send, men and women to their deaths for the benefit of the elite few.

Any meaningful gesture of remembrance – to truly respect those whose lives have been cut short or damaged by humanity’s obsession with meaningless destruction – cannot, by virtue of human compassion, be wrapped up in military jingoism and bolster the very systems which have sent, and continue to send, men and women to their deaths for the benefit of the elite few.

If Britain was now a pacifist country which had shed its infatuation with bombing brown people and inflicting its own sense of self-importance on the world through guns and tanks and bullets, maybe then I could accept the wearing of the poppy to at least come close to an honest and humble remembrance of dead servicemen and women.

That is not the case, however, and each year the same institutions and organisations continue to send soldiers to wreak havoc across the globe, still kill civilians and count them as ‘collateral damage’, still arm the Middle-East to the teeth and make a tidy profit off of the resulting human death – this is not a country which truly gives a damn about the sacrifices of millions.

This is a country whose operators of state are remembering the souls who gave their lives for the personal and political gain of their ‘betters’. This is a country which is celebrating the deaths of those who continue to bleed out and fade from existence in far away places for the betterment of oil pipelines, arms deals, special relationships and a bolstering of institutional remnants of an empire that never learned any lessons of humanity or humility.

The media builds itself into a hype as it usually does at this time of year and the right-wing press goes on full fascist mode to denounce those who dare not wear a poppy. To cry ‘heretic’ at those who prefer not to make a song and dance over lives lost in the most pointless of ways.

The Queen, the Royal Family, the military, British nationalism and politics are all wound up so tight in the poppy fiasco that it’s hard not to laugh at the irony of it all. It’s equally difficult not to rant and swear and throw things at the television as you see politicians mourning the fallen when they have no qualms about sending more to fall in their place.

We live in a country whose government pretends to care for the fallen with the sincerity of a Hollywood tear, all the while it enacts policies which see its own people starve and its elderly freeze.

It’s like they are chess players shedding tears at the pawns that they themselves sacrificed to win the game, all as they replace the pieces for another round, and another one, and another one.

The pointless futility of a nation that never learns a damned thing, so scared to know itself that it plasters flags, royalty and the Red Arrows over the cracks in its own conscience. Everything is fine if you just celebrate your Britishness and wear your poppy.

Don’t question beyond the empty gestures and rhetoric. Don’t prod or poke or peek behind the curtain of the song and dance. Just stand to attention and do as you’re told or you’ll be burned at the stake in the media.

We live in a country whose government pretends to care for the fallen with the sincerity of a Hollywood tear, all the while it enacts policies which see its own people starve, its elderly freeze, and its disabled veterans lie by the wayside, forgotten in all but the most meaningless of jingoistic tokenism.

A nation which demonises its own poor, unemployed and disabled citizens and has the brassiest of necks in forcing their warmongering parades of imperial patriotism onto others.

If you want to wear a poppy (of any colour) then that is your choice, your decision, your prerogative. If you wish to donate to charities or services which seek to look after veteran soldiers then you can do that too.

But don’t dare attempt to enforce such a jingoist tradition on anyone else. Leave people to come to terms with loss, with grief, with tragedy on their own terms. Dictating how others should live their lives, what they should wear and how they should think is exactly the sort of world many people laid down their lives to avoid.

You are free to choose to remember the fallen in whichever way you wish. All I would ask is that you respect other people’s right to do so.

The bitter, hateful reactions towards those who choose not to wear a plastic flower does far more insult to the fallen than the person not wearing a plastic flower. Any war memorial should seek to celebrate peace, tolerance and respect, not foster bigotry and hatred.

Ironically, many of those who condemn others for not wearing poppies will be the same sort of people wanting to shut Britain off from ‘the immigrant swarm’. The same people whose depths of hatred and lack of compassion seem limitless.

With such a lack of self-regard and wilful ignorance to the cause and effect of British imperial endeavours – that still, at this very moment, are happening across the world – is it any wonder people choose to pay their respect to ordinary men and women who gave their lives for causes bigger than themselves, in silence and quiet contemplation?

You are free to choose to remember the fallen in whichever way you wish. All I would ask is that you respect other people’s right to do so.

War has no winners. We lose something of ourselves when we embark on mad acts of large scale murder regardless of the myriad of excuses used to justify it. So say a prayer for the refugees, for the child soldiers, for the lost children whose parents lay dead in the rubble of what was once their home.

Offer a moment of reflection for veterans who live with the trauma of war or who suffer disabilities without adequate care. Think about our elderly, many of whom live alone and will suffer this winter. Think of children in poverty whose avenues of progress and happiness diminish with every cut to tax credits or social security.

War has no winners. We lose something of ourselves when we embark on mad acts of large scale murder regardless of the myriad of excuses used to justify it.

Think of the homeless that we walk past on our streets, eyes ahead out of fear of connecting with a tragedy that’s breaking our souls.

We insulate ourselves from all of these things in one way or another and so I will not be wearing a poppy of any kind this November. I see it as a futile gesture from a country that celebrates the war machine rather than contemplating the abhorrence of it. A country whose government values human life only in regards to the profit that can be made from it.

All life is precious.

This November that shall be my response when I think of the fallen. It falls short but I can’t seem to find a worthier response.