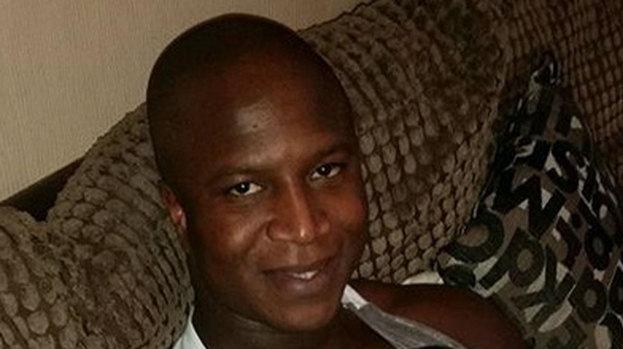 THE circumstances surrounding the death of Sheku Bayoh in police custody have been subject to claim and counter-claim, with the Bayoh family lawyer giving a starkly different version of events from the Scottish Police Federation. CommonSpace explains some of the key claims.

Who was Sheku Bayoh?

Sheku Bayoh came to Scotland from Sierra Leone as a teenager. He was a gas engineer with two young children and a Scottish partner.

He died, aged 31, in Victoria Hospital in Kirkaldy on 3 May, two hours after being arrested by officers from Police Scotland in Kirkaldy. His sister Kadi is a nurse at the hospital where he was pronounced dead.

What does the Scottish Police Federation claim?

The Scottish Police Federation, which represents rank and file police officers in Scotland, claim that: “A petit [sic] female police officer responding to a call of a man brandishing a knife was subject to a violent and unprovoked attack by a large male”, and that “the officer believed she was going to die as a result of this assault.”

Anwar has promoted “a completely inaccurate and misleading account” of events.

The female officer sustained “significant” injuries and is “in rehabilitation”.

Scottish Police Federation representatives said that contrary to claims, those involved in Bayoh’s death have not refused to give statements to the police information review commissioner.

What do Sheku Bayoh’s family and lawyer claim?

Bayoh’s family and lawyer claim that Bayoh was confronted by police and that within 45 seconds of contact with the initial officers on the scene, he was face down on the ground, handcuffed and in leg restraints.

They added that batons, CS gas and pepper spray were all used on Bayoh by police officers, and that it is a “fact” that “Sheku Bayoh was not carrying a knife”, and that no knife has been found.

Police emphasis on the “petit” stature of the female officer, and the physical size of Bayoh, played into racist stereotypes of black men and physicality, they said.

Bayoh was 5′ 10” and weighed 12st 5lbs, and was thus not a particularly big man, and that one of the police officers involved in Bayoh’s arrest was 6′ 4” tall and weighed 25st, the family and lawyer added.
When Bayoh arrived at hospital, unconscious, he was still handcuffed and in leg restraints, and Anwar said that they were only taken off when doctors insisted police remove them.

A journalist was told by a police source, off the record, that Sheku Bayoh had been involved in genocide in Sierra Leone. The family and the campaign denied this and said it was “character assassination”.

Police took several hours before telling Bayoh’s family that he was dead, despite interviewing them for several hours. The family said they felt they were being treated like “criminals”.

A police source had said that some officers attending the initial call thought that they might have been dealing with a “terrorist attack”. Anwar responded to this by saying that this was a further example of racist stereotyping of a black man by police.

What do we know about the Police Investigation and Review Commissioner and its role in the case?

It took 32 days before the police officers involved in Sheku Bayoh’s death gave statements to the body tasked with investigating it.

The Police Investigation and Review Commissioner, or Pirc, is an independent body tasked to deal with complaints against the police.

An agreement between Police Scotland and the Crown Office on 26 March changed the way that police officers would interact with the Pirc. The Crown Office memo advised officers that they would no longer be required to give the Pirc statements if they were likely to become subject to a criminal investigation.

The Pirc did not become aware of this change in Police Scotland procedure until 9 June, five weeks after the death of Sheku Bayoh. The Pirc learned of the change via the media.