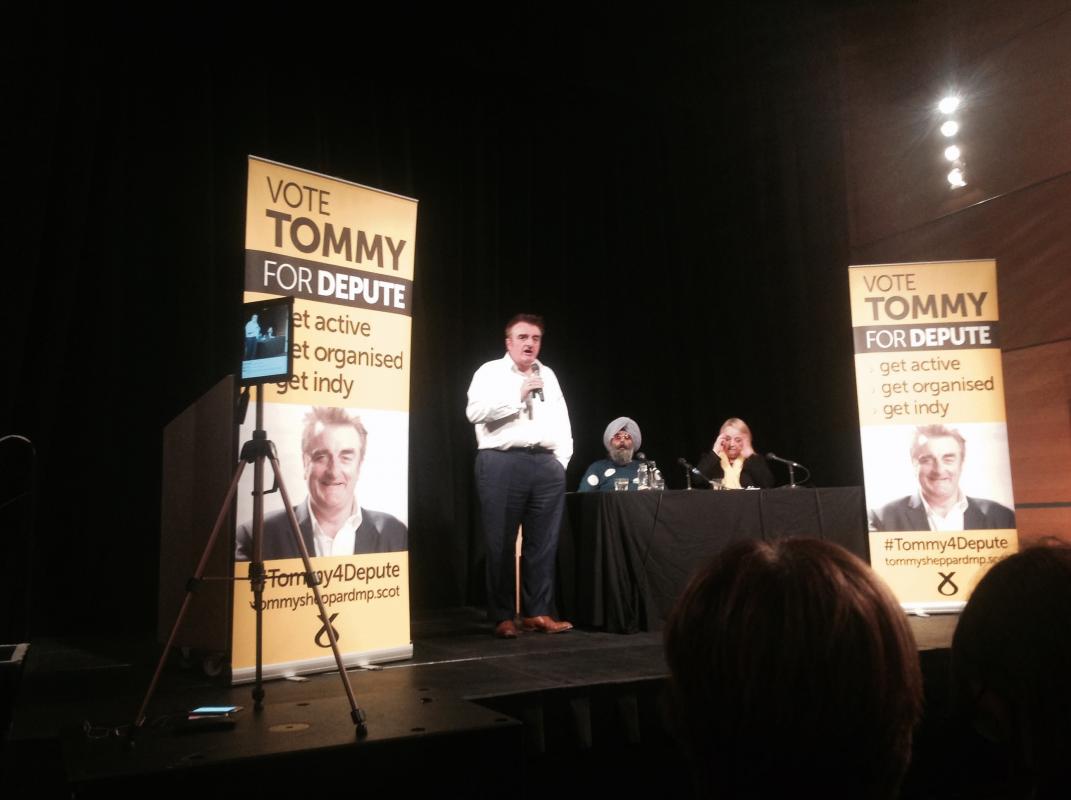 TOMMY SHEPPARD has stated that the SNP, Scottish Government and an independent Scotland should not succumb to the "tax haven dream" in order to win more support for independence.

Additionally he made the case for a party "consolidated on the centre left of politics" as he gave a speech on his bid for the depute leader of the SNP.

The SNP MP for Edinburgh East spoke at the media launch of his campaign at the Centre for Contemporary Arts (CCA) in Glasgow. Around 200 people, mostly members of the SNP, attended the event.

"We must utilise the incredible amount of expertise among the new membership." Tommy Sheppard

Speaking to CommonSpace, the SNP spokesman for the Cabinet Office said: "I'm not ashamed to call myself a socialist, in fact that's what I am and I'm proud of it.

"I also care about Scotland being a country that is sovereign and in which we make all of our own decisions.

"We have a range of people who support different things, wether it's monarchy or republic, European Union or not, but what we share is our common cause for Scotland.

"But having said that, if we yield to a tax haven dream to win over a few bankers from the city of Edinburgh, then we will lose the argument and the people we really need to enthuse."

The comments follow debate among the membership over the economic consequences of Brexit, what strategy the party should employ to win a future referendum and what economic case should be made for it.

Such debate has occurred in the backdrop of Brexit and reports by media outlets such as Bloomberg about wether major banks would relocate headquarters to Edinburgh or Glasgow if Scotland maintained membership of the single market.

Commonspace has already reported on the plan by former Nasdaq traders to reopen an independent Scottish stock exchange called Scotex. The Scottish Government said it would "welcome" such a development.

Sheppard was introduced by comedian, presenter and restauranteur Hardeep Singh Kohli and Glasgow North East SNP MP Anne McLaughlin, who both commented on the MP's leadership focus on grassroots and democracy.

"If we yield to a tax haven dream to win over a few bankers from the city of Edinburgh, then we will lose the argument and the people we really need to enthuse." Tommy Sheppard

Sheppard also made a call for a reorganisation of the party to ensure "a more active membership".

He proposed having eight regional offices which could act as hubs for training, education and activity for members beyond simply the cycle of elections.

Moreover, the MP suggested that the policy process of the party was too restrictive, pledging that instead of one policy forum a year there would be a freer process with four annual policy forums. "We must utilise the incredible amount of expertise among the new membership," he said.

The Edinburgh MP has reached his target of pledge supporters, as have the other candidates, and he is in the process of crowdfunding for his campaign proper. He is facing competition for the role from Councillor Chris McEleny, Angus Robertson MP and Alyn Smith MEP.

The vote for SNP depute will conclude when the membership votes in October at the party's Autumn conference.