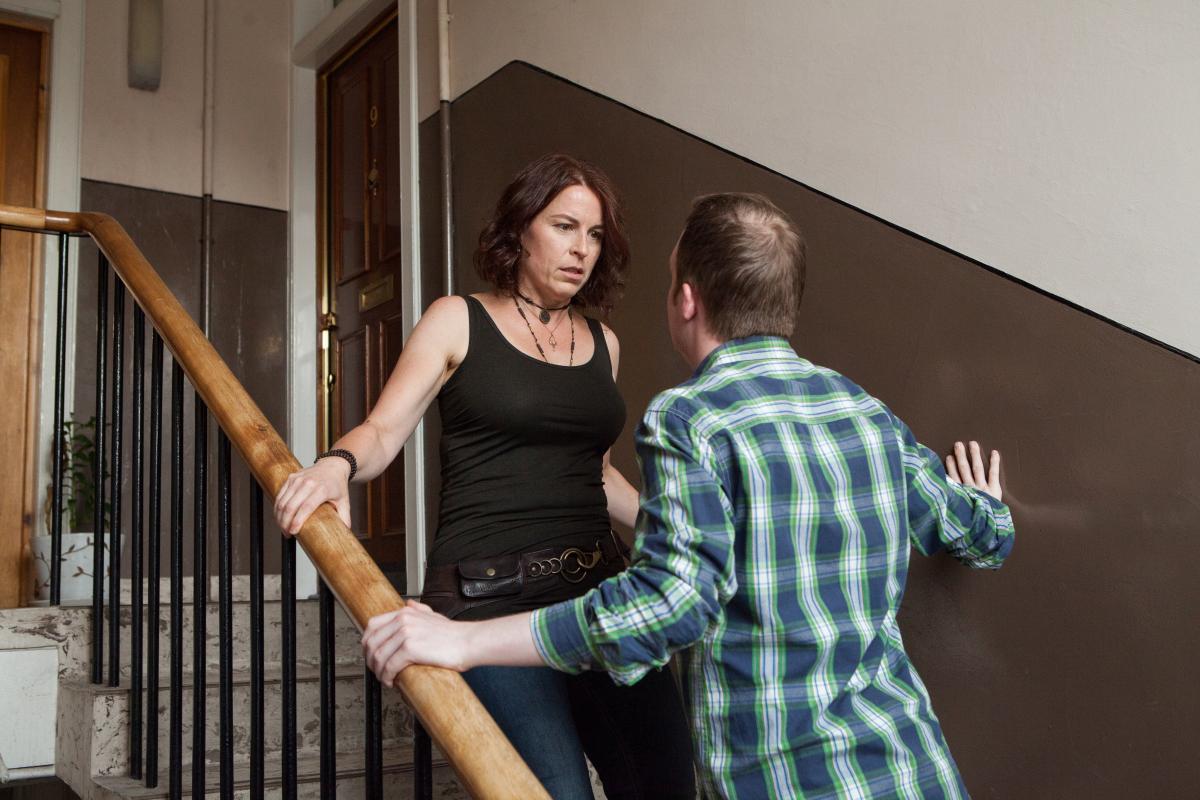 A NUMBER OF ORGANISATIONS representing the interests of victims in domestic abuse courts, including Assist, Scottish Women’s Aid, the Edinburgh Domestic Abuse Court Service (Edac), and South Ayrshire Women’s Aid, have raised concerns about the consistency of sheriffs’ understandings of abuse.

This, they suggest, is down to the absence of sheriffs specifically dedicated to the domestic abuse courts, and to a resistance to ensuring that all sheriffs are adequately trained in the issues involved.

Glasgow and Edinburgh have dedicated specialist courts which ensure that victims are provided support through an independent advocacy service, while Ayr, Dunfermline, Falkirk, Livingston and the Scottish Borders have domestic abuse cluster courts, which primarily means the courts schedule domestic abuse cases to be heard during the same timeframe.

Mhairi McGowan, head of services for Assist, an advocacy and support service for victims of domestic abuse in the West of Scotland, told CommonSpace that while the dedicated specialist courts represent important progress, inconsistency remains an issue when it comes to sheriffs.

“I’ve been talking about this for years and years – people shy away from the issue of training sheriffs.” Mhairi McGowan, Assist

McGowan said: “All the fiscals get specialist training now in domestic abuse. We’ve got police and prosecutors agreeing to training.

“The problem is that all sheriffs across Scotland are not trained in domestic abuse, and there is no requirement to do this to sit in a domestic abuse court or an ordinary court for that matter. This is a mistake – a grave error.

“Where sheriffs have this specialist knowledge, you can see them thinking outside the box. When someone sitting in court doesn’t have an understanding of domestic abuse, it’s apparent to those of us who do.”

As an example, McGowan said this could impact on a sheriff’s sentencing decisions, such as whether to opt for a non-harassment order or special bail conditions which may be particularly pertinent in domestic abuse cases, or whether to consider ordering special input such as a perpetrator programme.

McGowan said that from her experience, there seemed to be a “resistance to accepting that there is a need for training per se”.

“I’ve been talking about this for years and years – people shy away from the issue of training sheriffs,” she said. “But sheriffs are people like everyone else; they have lots of specialist knowledge, but they need training on domestic abuse.”

To bring about this change nationally, McGowan said leadership from the judiciary could be vital. She explained: “The judiciary is independent so there needs to be an acceptance that this is appropriate.

“The government can’t instruct them to do this but if the Lord President, Lord Carloway would say that all judges should be trained, I think this could happen.”

Marsha Scott, CEO of Scottish Women’s Aid has also raised the lack of compulsory training for sheriffs in domestic abuse courts as an issue, and emphasised that any training should not just be about “ticking a box” but that it should represent appropriate, specialist training.

This, she said, was particularly important given “the advent of the new world and the implementation of the Domestic Abuse Act”.

Scott said that unless courts are combining the quick turnaround times of the cluster courts, the independent advocacy which is present in the dedicated courts, and specialist training for sheriffs as well as fiscals, it raises the question: “Do we actually still have specialist courts?”

She added: “We’re better off in Scotland than anywhere else but we’re still nowhere near good enough.”

Advocacy workers from the two different forms of domestic abuse court – the dedicated specialist court and the cluster courts – also told CommonSpace that inconsistency among sheriffs was the primary area in which practice could be improved.

Joyce Dickson, women’s support worker and independent domestic abuse advocate (Ida) at South Ayrshire Women’s Aid said that, while cases are processed much more quickly and more special measures for giving evidence are available with the cluster court, “outcomes like sentencing are not so great”.

“It just depends which sheriff is on at that time,” Dickson said. “We have sheriffs sitting up there demanding that mediation takes place before any decision has been made, which is just bizarre.”

“That’s more to do with child contact but it’s the same sheriffs, and you’ve got to think that has a knock on effect on domestic abuse cases,” she added.

“I’ve seen no rhyme nor reason to the sentencing which is quite frustrating. So, for example, you walk in thinking ‘he’s done out of the ball park’, and he gets away scot-free.

“Women question if it was worth going through the process, so it actually stops women coming forward.” Joyce Dickson, South Ayrshire Women’s Aid

“In that situation, women tend to feel they haven’t been believed and they question if it was worth going through the process, so it actually stops women coming forward.”

Asked what could allow domestic abuse courts to function more effectively, Dickson said: “I would advocate that the sheriffs and fiscals would have to have specialists training and perhaps be dedicated to these courts.

“If domestic abuse courts were to be rolled out through the land, I would like to see some continuity.”

Val Waugh, team leader for the Edinburgh Domestic Abuse Court Service, which acts as the independent advocate in Edinburgh’s domestic abuse court was positive about the court’s use of the advocacy service, its streamlining function and the increased knowledge of both fiscals and defence lawyers.

However, she noted that when the court started out, there were dedicated sheriffs focussed on domestic abuse, whereas now this is no longer the case, and said that this has resulted in a lack of consistency.

“Most of the sheriffs are great and have welcomed us and asked for our input, but some are not so great and don’t have the same understanding of domestic abuse,” she said.

For example, Waugh explained: “We would never ask for a non-harassment order if the woman didn’t want it, but there are times where the women are too afraid to say they want that in court.

“The Judicial Institute has provided intensive domestic abuse education to all sheriffs through a range of dedicated courses.” Spokesperson for the Judicial Office for Scotland

“They may say they don’t want to make a comment, but we [Edac] are asking for a non-harassment order. Some sheriffs will understand that, but others will say ‘oh, she doesn’t want that’, and they’re not understanding the issues with domestic abuse.”

She added: “The fiscals are doing a three day training and coming to our service which is really helpful – for them and us. Training sheriffs would be great, but I don’t know that it will happen that way.”

A spokesperson for the Judicial Office for Scotland responded to the criticisms: “Sentencing is a matter for the court in each case, taking into account all of the particular facts and circumstances. Sheriffs across Scotland are well equipped to deal with domestic abuse cases.

“The Judicial Institute delivers courses to sheriffs specifically on the issue of domestic abuse as part of their mandatory induction training. It works with a wide range of domestic abuse experts from other jurisdictions, academia and voluntary support organisations to ensure that judicial education reflects the emerging understanding of domestic abuse and international best practice.

“The Judicial Institute has provided intensive domestic abuse education to all sheriffs through a range of dedicated courses, which have included contributions from Scottish Women’s Aid, while ensuring that specific domestic abuse issues are incorporated into other training courses focussing on vulnerable witnesses, courtroom technology and sentencing.”