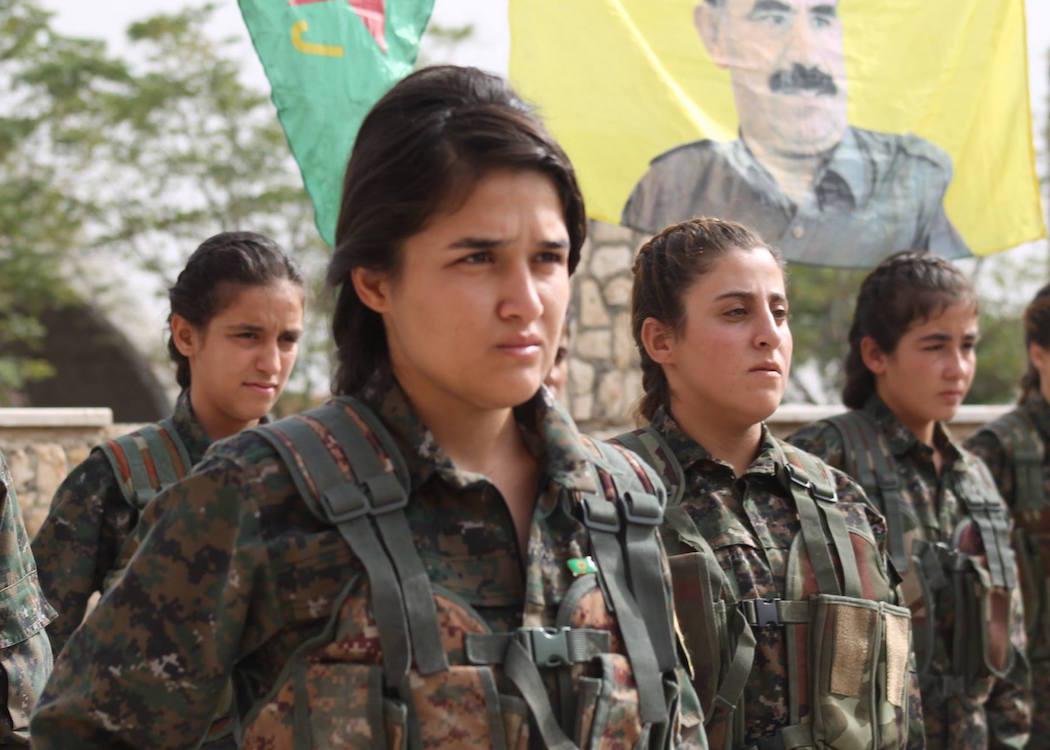 A young woman has been jailed in the UK for attempting to join Kurdish forces fighting ISIS militants.

PROTESTORS have expressed outrage after a young Kurdish woman from north London recieved a prison sentence for allegedly planning to travel to Kurdistan to fight Isis.

Shilan Ozcelik, 18, was sentenced to 21 months in a young offenders’ institute for “engaging in conduct in preparation for terrorist acts”. She was arrested in January, as she returned to the UK from Brussels.

Protestors gathered at the Old Bailey in London as the sentence was handed down on 24 November. The Guardian reported that they shouted “Shilan Ozcelik is not a threat to UK national security, Isis is”.

Although Ozcelik was allegedly trying to go and fight against the terrorist organisation Daesh, or ISIS, she has now been charged with terrorism offences herself.

The UK Government categorise the Kurdistan Workers’ Party (PKK) as a terrorist organisation, a position shared by NATO and other western countries.

At Ozcelik’s pre-trial in April, protestors outside the court said: “We all look up to Shilan. She’s an inspiration”.

An online petition to free Ozcelik has almost 4,000 signatures. It alleges she aimed to fight for the People’s Protection Units, or YPG/YPJ, who are not listed as terrorist organisations.

The phenomenon of British and other western citizens travelling to the Middle East to join Kurdish fighters in their battle against so-called Islamic State has received less publicity than those going to join Isis.

There are reports , however, of foreigners joining Kurdish forces. Former and current British soldiers have allegedly been among them, and have been hailed as ‘heroes’ by some .

A 19-year-old serving British soldier was reported to have gone to fight with the Kurds in northern Iraq earlier this year.

A Channel 4 documentary recently looked at the phenomenon of British citizens volunteering to fight Isis, though it only covered male fighters.

The PKK is a Kurdish nationalist party which has been demanding independence for the Kurds, who number around 20 million, since the 1970s. After many years of war with the Turkish state a fragile ceasefire and an end to the PKK’s armed campaign was reached in 2013. This agreement was effectivly ended in July when Turkish forces attacked Iraqi Kurdistan.

Kurdish forces, PKK units among them, have been lauded as the most effective in reclaiming Daesh territory in the current conflict. However the Turkish Prime Minister has confirmed that his forces have been attacking the Kurdish units , including the left-wing People’s Protection Units who are not listed as terrorists by NATO or the UK.

In October a peace rally in the Turkish capital Ankara was the target of unknown assailants; more than 100 people died in the bombings. Most of the dead were young, left-wing Kurdish activists. Some in the Kurdish community have accused the Turkish government of carrying out the attack on its own civilians, which the government denies .