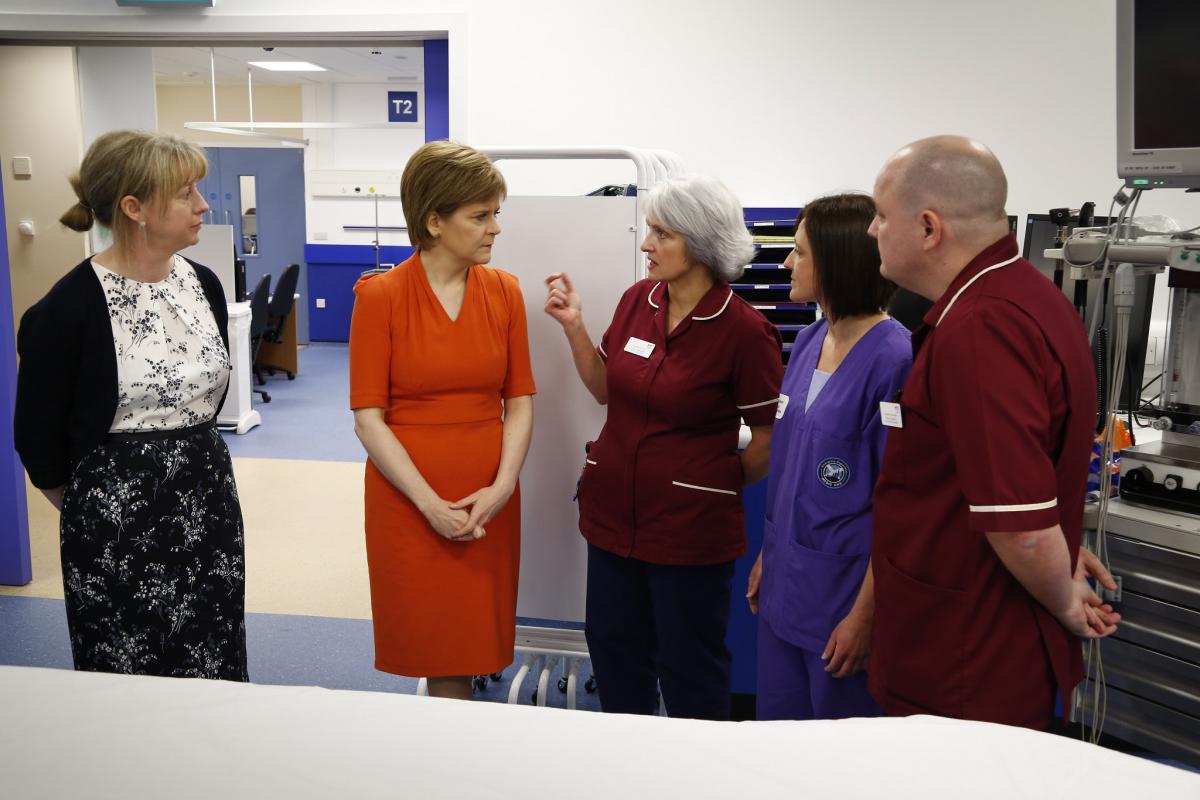 THE chair of the SNP’s new Social Justice and Fairness Commission has told CommonSpace that it will not overturn any of the recommendations in the controversial Sustainable Growth Commission.

Answering a question at a fringe meeting at the SNP’s conference in Aberdeen, SNP MSP Shona Robison said that the recommendations of the report from 2018 would remain and that the new commission would address inequality, poverty and other forms of social injustice.

“We won’t be readdressing the currency question for instance, which will come as a relief to many of you.”

“We won’t be throwing out the recommendations of the Growth Commission.” Social Justice Commission chair Shona Robison

The Growth Commission, headed by former SNP MSP and corporate lobbyist Andrew Wilson, recommended that Scotland should continue to use Sterling after independence, without a central bank or the use of monetary powers enjoyed by independent states. This position would be re-enforced by six stringent tests that would make the establishment of an independent currency difficult.

The SNP’s April conference voted for an amended version of the Growth Commission, which called for an independent currency to be implemented as soon as possible after independence. The changes to a motion recommending the commission’s proposals also removed the mechanism by which the six tests would be applied, generating confusion about whether or not they would still apply.

The Growth Commission also recommended extending tight restraints on public spending into independence, with public expenditure held to one per cent below the rate of economic growth, and financial regulation alignment with the City of London.

In the official Social Justice and Fairness Commission fringe meeting, Robison also offered a defence of the Growth Commission, arguing it “said a lot about how you measure the success of the nation – it’s not just GDP”, and noted that concepts like a “next generation economy” and a “wellbeing economy” were important to its ideas.

Read more: SNP conference demands a Scottish currency be ready ‘as soon as practicable’ after independence

However, other social justice commission members appeared to disagree with Robison.

Responding from the panel, Aileen Campbell MSP, cabinet secretary for communities and local government said: “It might buffer up against the Growth Commission, might also compliment it.”

Campbell said that she was frustrated in efforts to curtail the housing crisis and reduce child poverty due to Scotland lacking “the full powers of independence.”

Read more: Sturgeon – Collective wellbeing, not GDP, should be the most important measure of a country’s success

Campbell said: “The Sustainable Growth Commission set the parameters for how the money is made, and this is where it is spent – I think that’s a misunderstanding.”

He also said that he felt the Growth Commission was already “outdated” because it failed to deal adequately with important matters including the environmental crisis, automation and Brexit.

However, he said that “difficult choices” would need to be made during a transition.

He said: “We need to take the country with us on a journey. Maybe in the future we’ll have something more socialist.”

The meeting also heard from young SNP activist Chelsea Cameron, who said she wanted to bring her own experience of child poverty and witnessing drug addiction whilst growing up in Dundee to the commission.

The commission will draw on both SNP and non-party expertise and held its first meeting in Stirling on Friday 11 October.