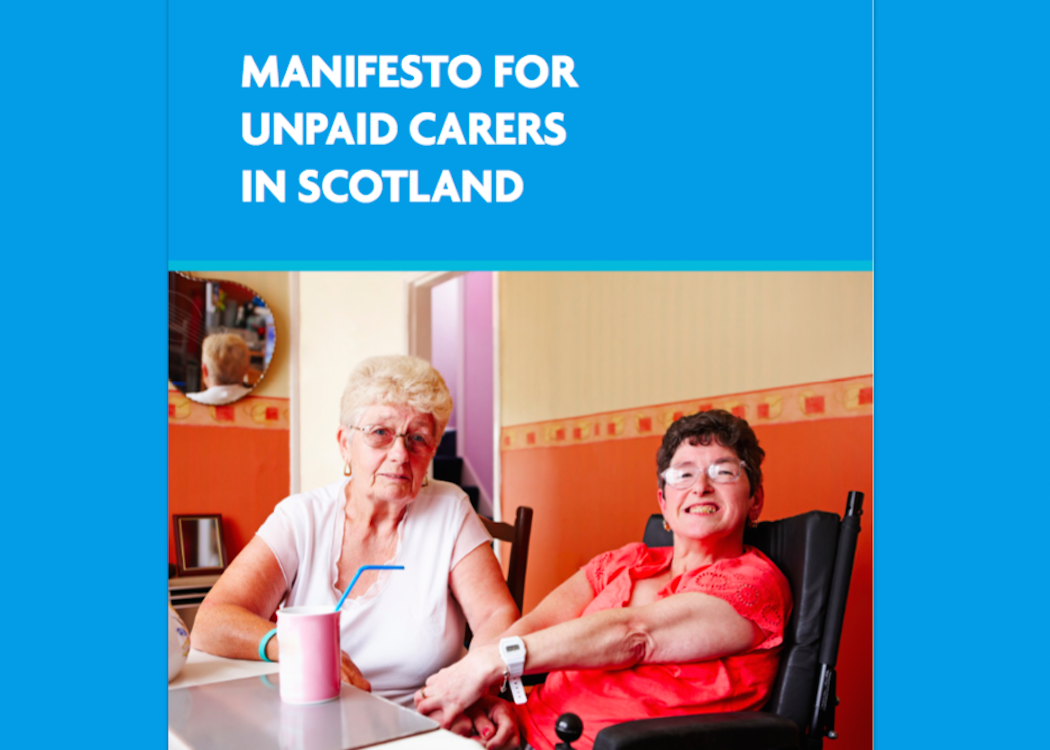 CONCERNS over funding of the Carers (Scotland) Bill expressed by MSPs in recent months were today echoed by the Coalition of Carers.

The group warn that without sufficient funding to support the legislative changes, the bill’s aim of supporting carers could be “seriously undermined”.

The Coalition of Carers is a network of over 80 autonomous local carer-led groups, centres and projects. The group’s manifesto , released today, warned that cuts to services are having a significant effect on carers and cared-for people, and argues for a minimum entitlement to short breaks from caring, to be provided by local authorities.

Figures included in the report show the financial impact of becoming an unpaid carer; the main benefit is just PS62.10 per week and one third of carers struggle to pay utliity bills.

A study in 2014 found Scots carers were facing “unmangeable debts” with survey results showing over half of carers were in fuel poverty and 44 per cent were cutting back on food and other essentials.

The Scottish Government estimate that 759,000 people in Scotland care for a relative, friend or neighbour, including 29,000 under the age of 16.

The Carers (Scotland) Bill was debated by MSPs on 5 November and now moves to the second stage in the parliament. The need for short breaks for carers was highlighted by several MSPs, and the costs associated with the legislation were estimated to be PS16m.

For a guide to the stages of a bill being passed by the Scottish Parliament, see here.

Picture courtesy of Coalition of Carers