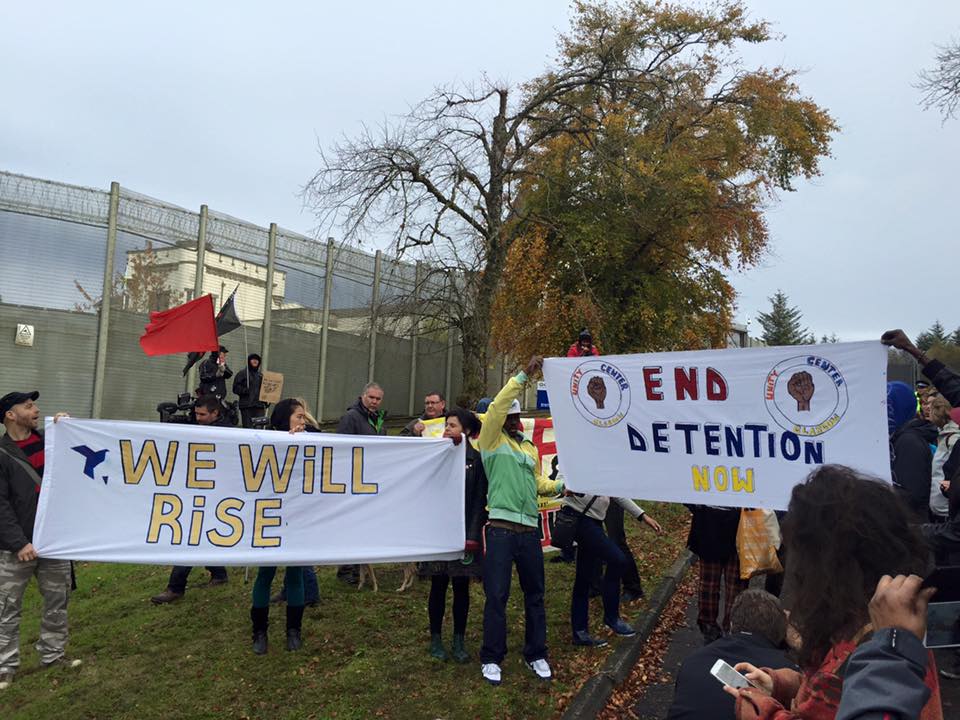 A PROTEST WILL take place outside Dungavel House Immigration Removal Centre in South Lanarkshire on Saturday, in response to what campaigners describe as “the inherently abusive and violent system of immigration detention”, including multiple deaths inside the centre this year.

The protest has been organised by Stop Detention Scotland, a campaign group which brings together organisations such as Unity Centre, We Will Rise and Unity Sisters, which are comprised of asylum seekers, refugees, and their allies.

The organisers are clear: “We aren’t calling for a limit, we are saying ‘shut them down’.”

The campaigners have organised buses to transport people to Dungavel, and expect over 200 people to be in attendance.

Jonathon Miles of Stop Detention Scotland told CommonSpace: “We are led to protest at Dungavel by the demands of those with experience of the immigration system.

“There is anger from the community at the system’s lack of justice, lack of accountability, racism and poor conditions inside detention.

“A man died inside Dungavel in September, and 4 others have died this year. Yet every time the Home Office just seeks to quash any information leaking out. They should be addressing why and how people keep dying inside detention.

“If the UK and Scotland respects human rights, then detaining people because of where they have come from has no place in our society.”

Dungavel has been the subject of ongoing controversy amid detainee deaths, reported suicide attempts and alleged human rights abuses.

CommonSpace revealed in September that a Chinese national had been found dead in Dungavel and that an independent investigation was to be conducted. At the time, human rights lawyer Aamer Anwar demanded public disclosure of the investigation’s findings.

Saturday’s protest aims to provide those with experience of the immigration system with the opportunity to voice their “anger and solidarity with those inside Dungavel”.

Stop Detention Scotland campaigner Sally Martinez, who was herself detained in Dungavel, said: “30,000 migrants are detained every year. We are seeing an increase in the use of detention and as a result, more deaths, more complaints and more scandals. It’s time to treat migrants as people not as the problem.”

The protest is timed to coincide with another protest at Yarl’s Wood Immigration Removal Centre in Bedford, in an attempt, campaigners say, “to show the Home Office that from Scotland to Bedford, Portsmouth to Gatwick, their walls will fall”.