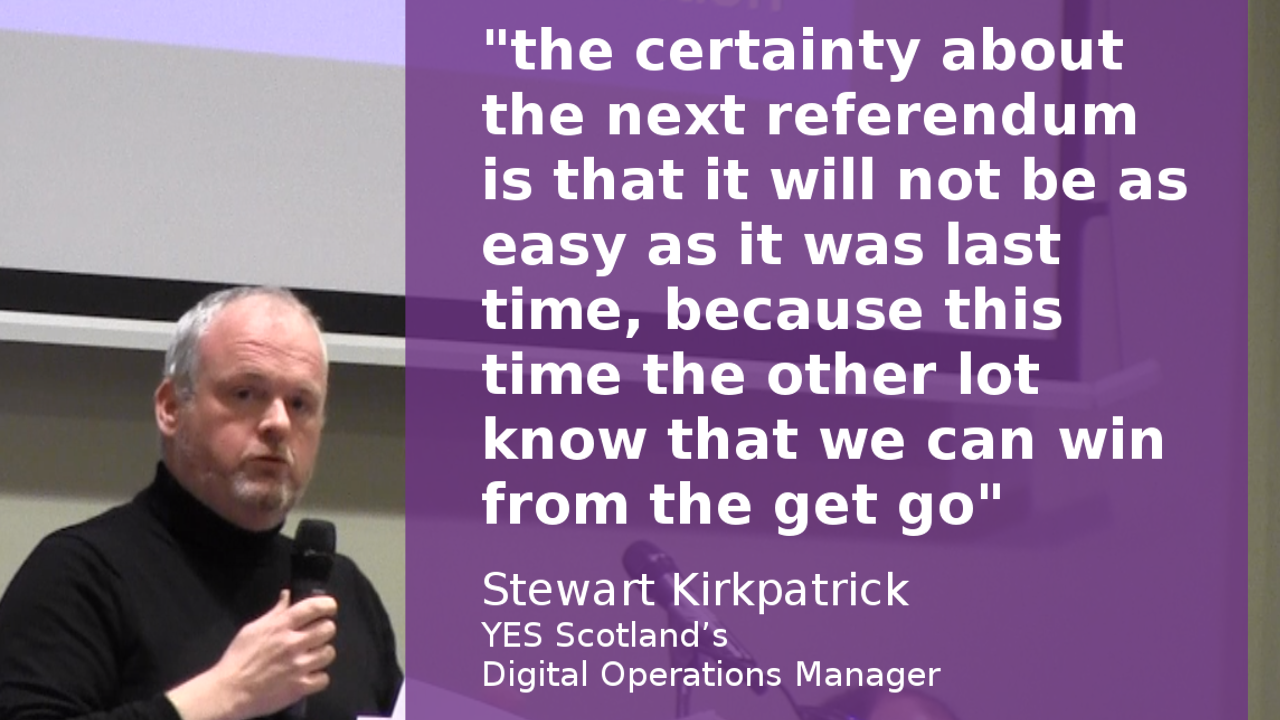 Stewart Kirkpatrick, YES Scotland’s former Digital Operations Manager: “next referendum … will not be as easy”

With all the recent buzz pointing to the impending announcement of #IndyRef2 this is a good time to reflect on the words of YES Scotland’s former Digital Operations Manager, Stewart Kirkpatrick, speaking at the Scottish Independence Convention 2017:

“We will need to be ready for the next referendum because there is one certainty about it. This is going to sound weird, but the certainty about the next referendum is that it will not be as easy as it was last time. Because this time the other lot know that we can win from the get go. They might have been chaotic and a bit hilarious last time. Next time they will be professional and they’ve got lots of money and they’ve got lots of friends in the media. So we are going to have to be clever if we want to win. I’m here to tell you that we are going to win”