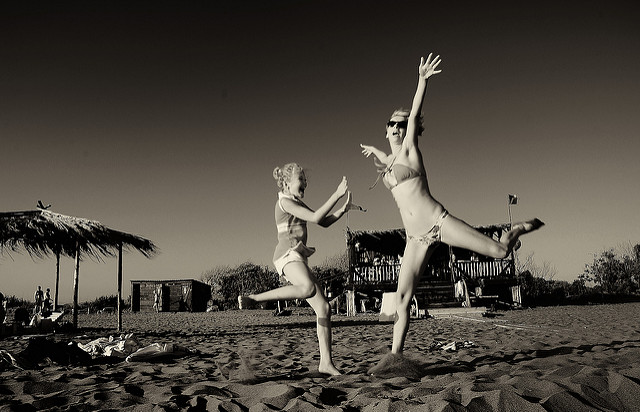 Following the launch of a controversial new study, clinical psychologist Dr Simon Stuart wonders whether the pursuit of happiness might be causing more problems than it solves

APPARENTLY mental illness makes us miserable. You don’t have to be a psychologist to suss this one out (although if you are, you might even disagree). However, the people offering this latest insight aren’t psychologists: they’re economists. And, in a recent and controversial report, they’re offering a radical solution to society’s ills: what if we could abolish depression and anxiety?

Ah, of course. Why hasn’t anyone thought of that before?

Many of us argue that therapy cannot cure socially and materially constructed distress.

Cynicism aside, there is some value in the preliminary Origins Of Happiness report, and it will be interesting to see where it goes. The idea of promoting good mental health at a societal level is an important one – and it’d be a strange kind of psychologist who moaned about any suggestion that there should be more investment in mental health initiatives, right?

Well, not necessarily. Many of us argue that therapy cannot cure socially and materially constructed distress. Furthermore, applied psychologists tend to be well-versed enough with complex evidence to recognise that simplistic solutions won’t magic away multi-factorial social concerns.

Unusually, however, the economists behind the new report seem to have begun from the premise that all their variables are independent; that income, education, employment and mental health can be considered completely separately from each other at any given point in time.

This seems a very strange assumption indeed. Origins Of Happiness in its present form has already been comprehensively criticised: if you’re interested, I’d exhort you to read this response in particular.

What still gets me, though, is that word, ‘happiness’: it’s something that feels particularly problematic as I write this at the start of a new year, a time when the word ‘happy’ is automatically on so many people’s lips.

I suspect that, as we try to make sense of a world teetering on the brink of Trump and Brexit – a world that feels darker, stranger and crueller than it did this time last year – ‘happiness’ is likely to be an increasingly difficult concept, certainly not to be found in cheerful panaceas. (Indeed, it might even be argued that grasping for simplistic, binary solutions in the face of economic and cultural anxiety is part of the current mess the west is in.)

It’s notable, too, that Origins Of Happiness uses ‘happiness’ and ‘wellbeing’ interchangeably: something which may not be helpful either.

So what are we moving towards here? We can always define happiness by what it’s not – misery, pain, distress – but this just tells us what we’re trying to get rid of, not where we’re going. Perhaps, then, ‘happiness’ isn’t the right answer at all.

Indeed, perhaps a focus on ‘happiness’ isn’t the solution, but the problem. Many years ago, a friend and colleague said to me: “You know where you go wrong? You think you’ve got a right to be happy.”

It took another decade for that to sink in, but over time it has revealed itself to be one of the most profound insights I’ve ever been offered. (And it may be worth noting here that the word ‘happiness’ appears nowhere in the European Convention on Human Rights.)

We can always define happiness by what it’s not – misery, pain, distress – but this just tells us what we’re trying to get rid of, not where we’re going. Perhaps, then, ‘happiness’ isn’t the right answer at all.

Russ Harris – an Australian therapist, and one of the leading voices in contextual behavioural science – sums this up beautifully in the first couple of pages of his book, The Happiness Trap (yes, there’s a clue in the name). If we cling to the idea of happiness as pleasure, gladness or gratification, we will always be disappointed, as these feelings always slip away, and if we devote ourselves to their fruitless pursuit, we will experience that disappointment time and time again, running ever shorter on workable ideas of what we can do to stave it off as our unhappiness grows.

(It may also be worth noting here that “the pursuit of happiness” is a fundament of the United States declaration of independence; of a country which has just made what may be the unhappiest electoral decision in its history.)

Perhaps, then, if we can hold that idea of happiness more lightly; if we can instead ask ourselves what truly matters, deep in our hearts, well, we may continue to experience disappointment time and time again. But if we’re truly moving towards what matters – whatever that might be – rather than some arbitrary notion of happiness, we might find it a little easier to make room for the pain and grief and anger that we will inevitably experience as human beings, even if we’re lucky enough to live in relative affluence and safety.

We might also begin to feel something infinitely richer: the sense of a life well lived.

If we’re truly moving towards what matters rather than some arbitrary notion of happiness, we might find it a little easier to make room for the pain and grief and anger that we will inevitably experience.

My job as a clinical psychologist isn’t to make people ‘happy’. That would be hubristic in the extreme, especially in a world like this.

Similarly, government’s job isn’t to dole out therapy or schemes to put a smile on everyone’s face (indeed, that kind of thinking has already led us towards some very problematic places indeed). But what I can try to do is help people explore – perhaps for the first time – what truly matters to them, while finding ways to make room for everything that comes up as they move in this direction.

And if we, as a common humanity, can continue to work together on common goals for the common good, and enjoy individual moments of happiness as and when they arise, well, that would feel way more workable and wonderful than plastering on a government-sanctioned grin.

Dr Simon Stuart is a clinical psychologist and chartered psychologist, with a core interest in social empowerment.