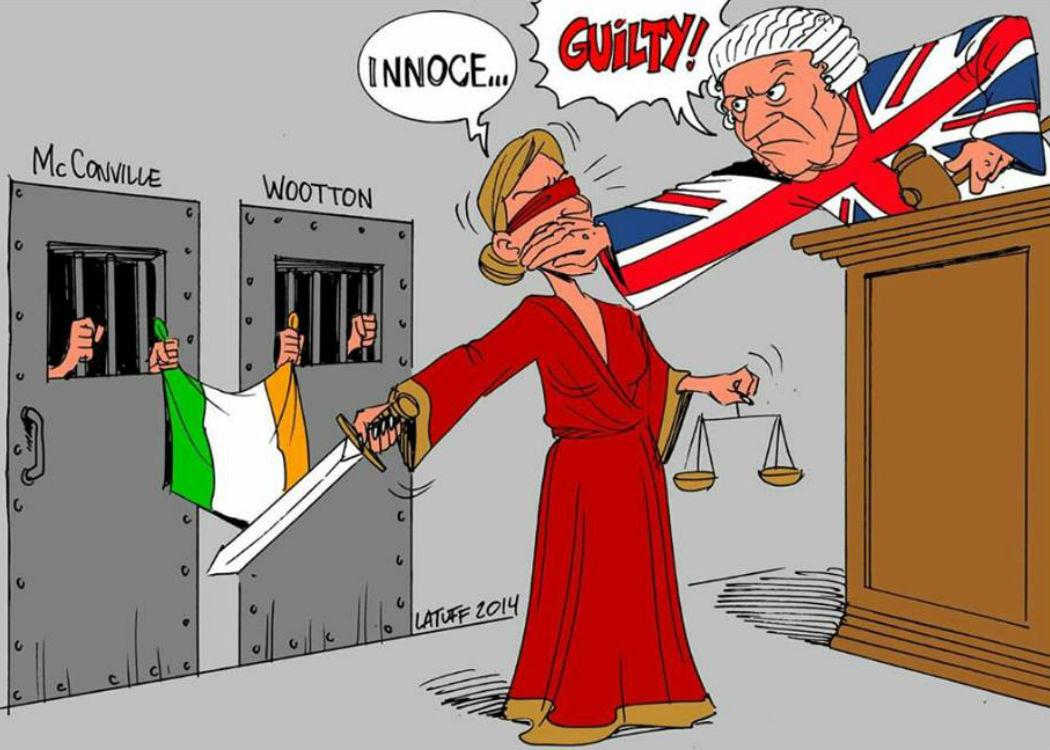 “Song has a long history of bringing attention to injustice”

Campaigners calling for justice for two men convicted of killing a policeman in Northern Ireland are launching a bid to get a song into the UK charts.

Brendan McConville and John Paul Wootton were given life sentences for the murder of PSNI officer Stephen Carroll in March 2009, which the Continuity IRA claimed responsibility for.

Both men deny taking part in the attack, and high-profile victims of miscarriages of justice such as the Birmingham Six’s Paddy Hill and the late Gerry Conlon of the Guildford Four have questioned the convictions.

Hill was imprisoned for 16 years and Conlon for 14 for crimes they did not committ.

Now a song, titled Justice for the Craigavon Two by singer songwriter Pol MacAdaim from County Louth, is to be released on iTunes on Sunday 15 March, and activists are urging people to help it into the charts.

Spokesperson for the Justice for the Craigavon Two campaign Packy Carty told CommonSpace that he hoped the song would help raise the profile of the case.

“We believe the case bears all the hallmarks of other miscarriages of justice such as the Guildford Four and the Birmingham Six,” said Carty.

“The campaign is always looking for ways to raise awareness and more publicity and this song is one such way.

“We were inspired by Celtic fans’ successful campaign last year and we wanted to emulate that.”

Unionists politicians in Northern Ireland have criticised the campaign. The UUP Mayor of Craigavon Colin McCusker, has called on Apple to ensure iTunes is “not used by anyone to promote terrorism or convicted terrorists”.

However Carty says the characterisation of the campaign has been false.

He said: “The attempts to portray this as solely a Republican grouping are wrong . We are doing this because two innocent men are sitting in the jail facing life sentences on the back of a case that has not been proven.

“The intention is absolutely not to exacerbate the grief and hurt that the family of Stephen Carroll has suffered.”

An appeal for the two men was thrown out at the High Court in Belfast last year but the case has since been referred to the Supreme Court in London. It is expected to be heard before the end of the year.

The Glasgow-based Miscarriages of Justice Organisation (MOJO) has backed the efforts to clear McConville’s and Wootton’s names.

Paul McLaughlin, co-project manager at MOJO, said: “The campaign was brought to our attention by Gerry Conlon before he passed away.

“I think anyone that reads the material in the Craigavon Two case would doubt these guys are guilty of what they were convicted of.

“Having seen what we’ve seen and spoken to people from the Craigavon campaign, we’re confident these guys are innocent and wholeheartedly in support of them.

“If you’re an innocent person in prison you should use every tool at your disposal to highlight that.

“Song has a long history of bringing attention to injustice and this is in the same vein.”

Picture by cartoonist Carlos Latuff for the Craigavon Two campaign