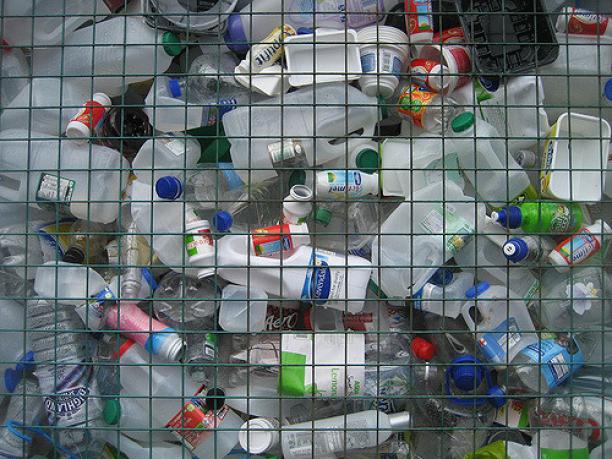 NEW RESEARCH revealing that Scottish households pay £600 million a year for single-used packaging has prompted WWF Scotland to call for measures that would require manufacturers and retailers to provide an “easy, affordable” plastic-free option.

A report published this week by the campaign group Zero Waste Scotland has found that Scottish consumers are collectively buying over 300,000 tonnes of single-use packaging for their groceries every year, with the £600 million price hidden within the overall cost of those groceries.

Additionally, Scots pay around £40 million a year to cover the costs for local authorities collecting and managing this packaging after they have disposed of it.

According to Zero Waste Scotland, 650,000 tonnes of carbon emissions are produced by this amount of single-use packaging – the equivalent to emissions from approximately four million car journeys from Aberdeen to London.

Commenting on Zero Waste Scotland’s findings, WWF Scotland director Lang Banks said: “That it’s collectively costing Scots millions of pounds every year to buy and then dump single-use packaging, much of which is avoidable plastic, is a staggering waste of money as well as resources. Worse still is the devastating impact that much of the unnecessary plastic packaging is having on wildlife and our climate.

“Scotland has led the way with its plans for a deposit return scheme for bottles and cans. We now need to see the same effort given to dealing with other avoidable single-use plastic and packaging – starting with making manufacturers and retailers responsible for ensuring the easy, affordable option is also the plastic–free option.”

In light of concerns over how this could impact the climate crisis, Zero Waste Scotland has emphasised the potential benefits of ‘packaging free’ shops, where customers bring their own containers to fill with items that would otherwise come with disposable packaging.

Zero Waste Scotland’s environmental policy advisor Michael Lenaghan commented: “It’s easy to think of packaging as part of the product we want, rather than a product in its own right. In truth, when we buy 500ml of shampoo, we’re also buying a 500ml shampoo bottle, but the cost of that bottle is not evident.

READ MORE: Rhiannon Spencer-Jones: Plastic-Free July is as tough as it sounds

“Packaging is not free.  Add it all up, and the average consumer spends a lot on single-use packaging.

“And all this single-use packaging doesn’t just come with a cost for consumers, it also brings a significant cost to the environment.

“To be clear, the point of this is not to say that packaging is inherently bad, but that it is inherently a product, and like any other product, consumers can make more informed decisions about whether the service provided is worth the cost, if that cost is made clear upfront.”

Highlighting Scotland’s carrier bag charge as a successful example of persuading the public to convert to a more sustainable alternative, Lenaghan added: “If consumers knew what they paid for packaging, research suggests they would be more inclined to seek unpackaged products, and reusable packaging options, irrespective of their sustainability concerns.

“This in turn could encourage product manufacturers and retailers to find ways of reducing and eliminating single-use packaging, resulting in cost savings for the consumer, and environmental benefits for the planet.”

Packaging free shops, such as Locavore in Glasgow and Sea No Waste in Arbroath, hope to eventually eliminate single-use products and offer their support to other sustainable projects.

Zero Waste Scotland chief executive Iain Gulland also commented: “Packaging is often seen as essential to protect products and, like other techniques from pasteurising to freezing, it can also prolong the shelf-life of food. However, too many products come in packaging which is unnecessary and single-use, generating significant emissions and waste. We advocate avoiding any packaging which is not needed.

“Where it is needed, we must look to more circular solutions. Emerging plastic packaging-free aisles in supermarkets show how key players are changing their operations to meet public demand and changing environmental policies.”

Zero Waste Scotland’s findings follow a May report from the Center for International Environmental Law (CIEL, which concluded that the proliferation of single-use plastic around the world has accelerated climate change and should be hastily brought to an end.

Plastic production has increased across the globe, partly as a result of the United States’ fracking boom. The CIEL report warns that the expansion of its production threatens the Paris climate agreement, and that by 2050 plastic will be responsible for up to 13 per cent of the world’s total ‘carbon budget’, or the equivalent of 615 coal-fired power plants.

Carroll Muffett, one of the CIEL report’s authors, commented: “It has long been clear that plastic threatens the global environment and puts human health at risk. This report demonstrates that plastic, like the rest of the fossil economy, is putting the climate at risk as well.”