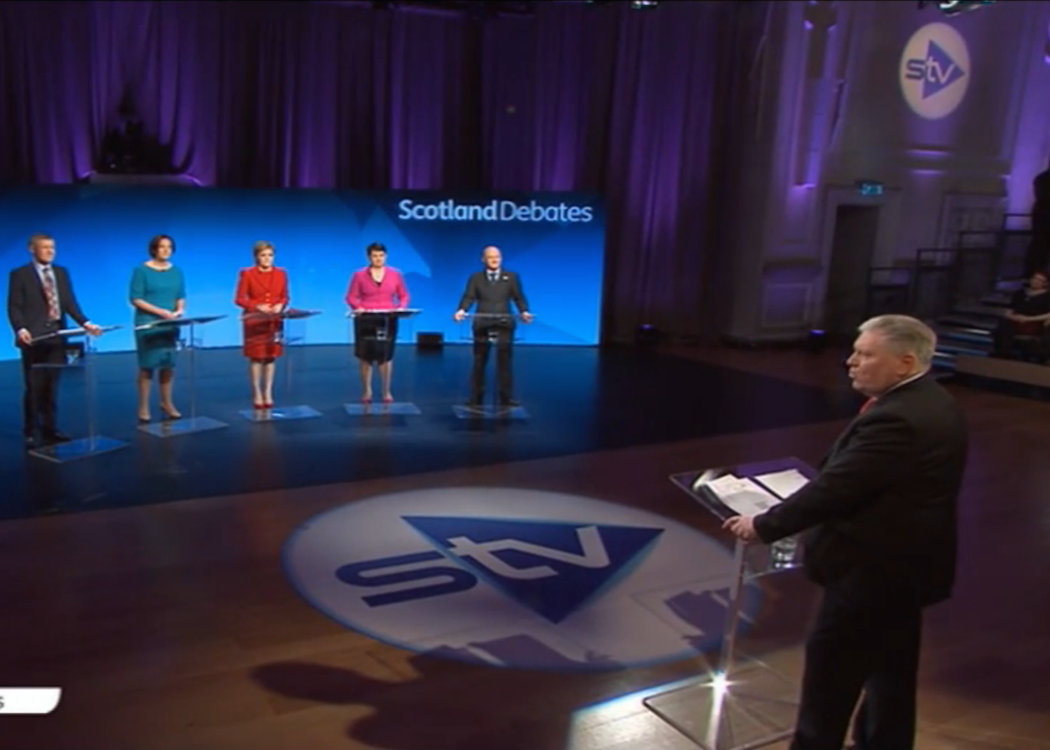 THE Scotland debates were a right laugh, weren’t they? These things always remind me of TV talent shows: it feels like democracy done in The Voice style with all its scripts and PR polish. I half expected Will. I. am. to turn round in his seat saying and say: “Kezia, I am gonna make you a star!”

Alas, even Will. I. Am. couldn’t make a star of poor Kezia. Floundering, as her and her party are, on the banks of progressive political debate.

The Scottish Labour party reminds me of Rip Van Winkle, wandering along sleeping for 40 years, plucked from another time and place and plonked into modern day. Instead of trying to see what’s changed, though, it just picks up where it left off.

Dugdale just presents the atrophied limbs of the party: exhausted, barely able to stand and even less able to think.

Dugdale just presents the atrophied limbs of the party: exhausted, barely able to stand and even less able to think. Maybe I am being unfair – I am not a fan of Labour.

There were moments on the STV debate when Dugdale came across as progressive, though. She was passionate in her critique of Nicola Sturgeon’s tax policy and tried hard to position Scottish Labour as a progressive party. Her criticism of Ruth Davidson’s hidden taxation system was well played, I thought.

Scottish Labour harks back to the days of old, holding a swimmingly nostalgic view of union that got lost through decades of rightwing Conservativism and then Blairism. The post-World War II United Kingdom was perhaps something to be proud of: the union was built on a contract of social welfare. The NHS, free education and social housing, for instance, all marked the modern United Kingdom.

But as Yanis Varoufakis points out, this social welfarism that held the union together is now unequivocally broken. Decades of Westminster government have dismantled the very things that defined the modern union.

Dugdale’s inconsistencies in the STV debate only highlighted the inherent contradictions in the Labour position: they are trying to build a progressive politics on the foundation of a union that is now fundamentally reactionary.

She was passionate in her critique of Nicola Sturgeon’s tax policy and tried hard to position Scottish Labour as a progressive party. Her criticism of Ruth Davidson’s hidden taxation system was well played, I thought.

Scotland is holding on to the ideas of social welfare, and in this, Varoufakis notes, Scotland is not leaving the union, Westminster is. As Westminster shoots off into an ultra-rightwing neo-liberal model, it has ripped apart the social contract that held the union together.

Scottish Labour’s position as progressive, then, becomes untenable within its support for the union, and this was re-affirmed in the STV debate. When Scottish Greens co-convener Patrick Harvie questioned Labour’s resistance to devolving all welfare to Scotland, for instance, Dugdale gave us a tired unionist story about pulling resources together.

And this was the reason, she said, she could not agree to the devolution of tax credits – you know, where the Tories wanted to smash the financial support structure of the working poor and plunge them into deep unbearable poverty.

And that is at the heart of Scottish Labour’s problems. You cannot argue for a progressive welfare structure and support a system that systematically dismantles that welfare structure. You cannot demand an equal society while proudly defending the society that actively creates inequality.

Because here is the nub: the union has redefined itself as a rightwing frenzy of selling off the welfare state bargain-basement style, an ever increasing gap between rich and poor and a privileging of big business over anything.

The union is an ultra rightwing neo-liberal society and for all Scottish Labour’s whistful nostalgia of the union’s past, this is now the cold, stark reality. The union Labour fights for no longer exists. It is the ghost of union past, and so fighting for the union with all its heart and pride, as Dugdale so passionately did on the STV debate, just leaves them fighting for a rightwing neo-liberal model. And this is how they are seen. The dead stoney silence at Dugdale’s justification of not devolving welfare told us that very clearly.

A recent poll, highlighted by CommonSpace last week, shows us where the progressives in Scotland now are: and they are not standing defending the union, that’s for sure.

The fact is, in Scotland there is no such thing as a progressive unionist anymore. Maybe there is a glimmer of hope for Scottish Labour, though. That arguing for an independent Scotland might be “not inconceivable” to Dugdale, as she revealed in an interview, means perhaps there is room for growth and self-awareness in Scottish Labour.

I mean, it must be the elephant in the room of every meeting that asks ‘why are we dying as a party?’. Perhaps, then, Scottish Labour has understood that it can no longer smell of roses clinging to the dead corpse of the union as it currently seems to be doing.