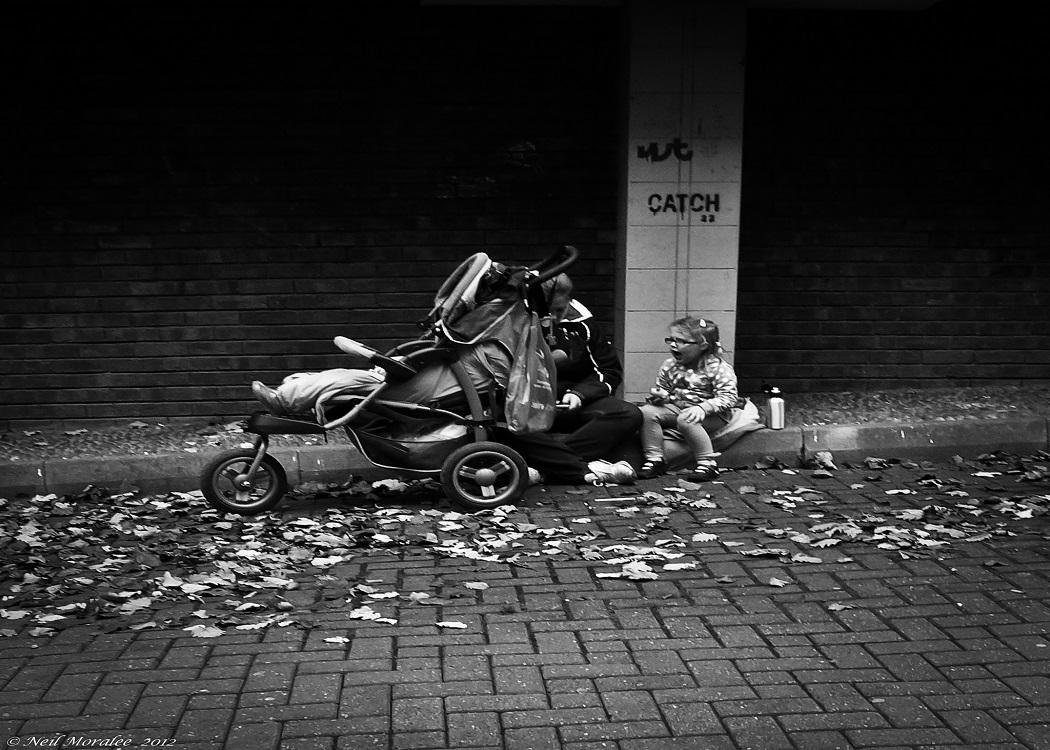 IT’S finally sinking in that tax credit cuts are coming and us low paid will be getting the dreaded telegram: our financial lifeline killed in the class war.

It’s a hard blow but one we are expected to take on the chin for the good of the country and, hell, those mega rich need their tax breaks. Stop being so bloody selfish, poor people: the mega rich need more money!

We hear a lot now about a bloated welfare state. Never a bloated corporate subsidy state, a welfare one. I would prefer to think of our welfare state as a respected one: a ‘we’ve got your back when you are on your knees’ state.

Cutting tax credits is a specifically shitty thing to do, because it goes against the whole ethos of strivers versus shirkers that they loved to throw at us before the last election.

Unfortunately, though, the safety harness is being cut bit by bit by the Tory state as they push us of the cliff edge with a ‘millionaire cabinet’ boot up the backside. We are, naturally, expected to volunteer to jump off for the sake of society, Monty python style.

Cutting tax credits is a specifically shitty thing to do, because it goes against the whole ethos of strivers versus shirkers that they loved to throw at us before the last election.

“Oh, we’re not getting at you,” said the government. “It’s those that are lazy and dinna work. They’re the bad people.” That was vile enough.

But their arse was barely settled into their sole reign of government before it changed – “Oh my God you don’t get much pay at work do you, well we’ll need to make your poverty worse and rip your financial lifeline from under you.”

“It’s your fault, you should work harder like the Chinese. Or be a bit more like us mega rich who don’t work but have entitled privilege that makes us so much more worthy of getting state subsidies and freebies.”

Tax credits are insidious because they are about to kick off a whole new generation of poverty-stricken lives. It was bad enough making the poor even poorer and sending them down the financial shit-hole. Now, though, millions, who are hanging on by the grip of their anxiety-bitten finger nails, are about to be plunged into poverty.

And it’s even more vile because these tax credit cuts affect children. They know this. According to the Joseph Rowntree Foundation, tax credits have reduced overall child poverty over the last decade. They know increased poverty will be a direct consequence of their law.

Poverty is insidious. It isn’t just a simple, ‘kids are poor, what a shame’ deal. It has real, direct consequences. Poverty kills children.

And they know what that poverty will do. Poverty is insidious. It isn’t just a simple, ‘kids are poor, what a shame’ deal. It has real, direct consequences. Poverty kills children.

That isn’t just me saying that. This is the Royal Society for Paediatrics. Poverty kills children. Equality saves lives, they told us last year. Think about this. This isn’t some radical, out there organisation with a political agenda. This is an organisation designed solely for the protection of children’s health. And they are telling us that poverty kills children.

From the moment a child is conceived poverty seeps into them. Smoking is higher among poverty-stricken mothers as is stress and anxiety, and these all directly affect a child’s growth and development. A child is marked by poverty before they even enter this world.

The rule of thumb is this. The poorer a child is, the unhealthier they are likely to be. Poor babies are more likely to be low birthweight or premature than their richer counterparts which increases the likelihood of lung and heart problems as they become adults.

The real consequences are poorer health and higher infantile death rates and definitely lower life expectancy as they move into adulthood. And given that many born in poverty will likely be poor in adulthood, the cycle continues as their kids are born into poverty and so on and so forth.

In the lead up to the General Election my son asked me if any of the parties supported children. I was thrown by that question. I mean what party does actively stand up for children, really?

And so, as the tax credits become ripped away from around two and a half million families, five million children will become worse off as a result. Child poverty is expected to nearly double in Scotland by 2020. One-third of our children are expected to be in poverty.

In the lead up to the General Election my son asked me if any of the parties supported children. I was thrown by that question. I mean what party does actively stand up for children, really?

This government is deliberately and aggressively increasing poverty. Poverty kills children. You don’t need a degree in philosophical logic to figure out the truly terrible effects of Conservative policy.

They should come with a bloody health warning, like the ones on cigarette packets.