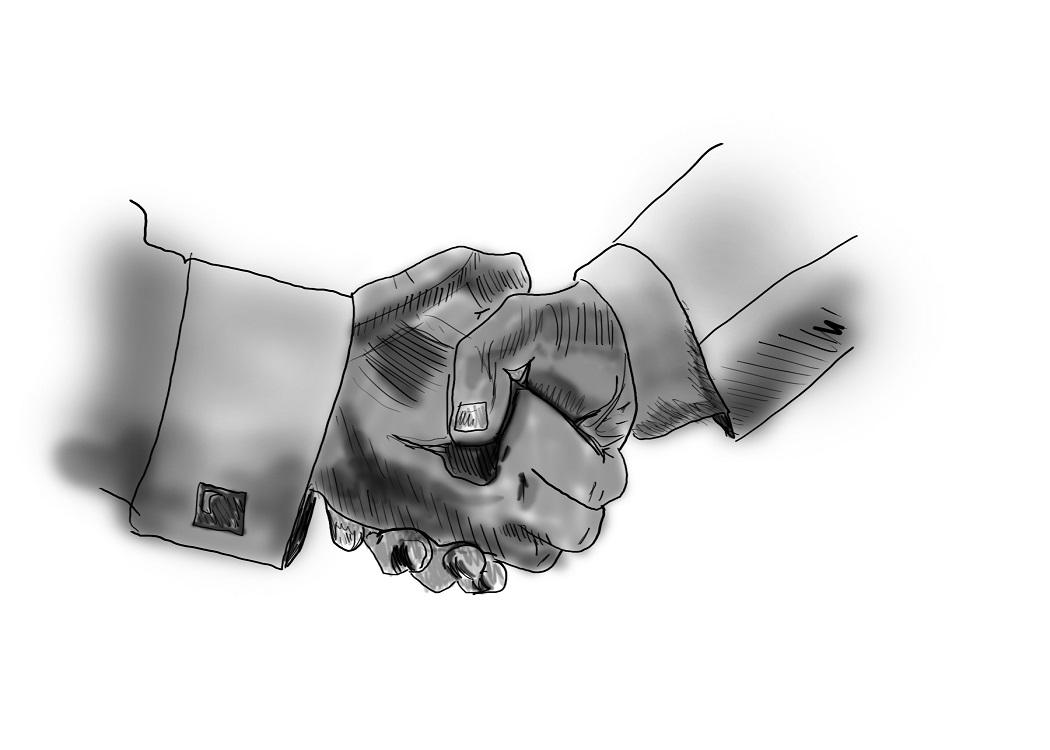 Writer and academic Siobhan Tolland details why people must always question the origins of research, particularly when big business has an interest in it

YEAH, science is industry’s bitch, is it not?

I mean, not all science obviously but you know neo-liberalism has crept in to all aspects of society and science is no exception. It funds it, it writes it and it buys off pretty much what’s left.

Take the pharmaceutical industry, for instance. A study showed that Big Parma can control around 80 per cent of publications on medicines , and accusations have been levied that they ghost write as much as 50 per cent of these publications.

There is always a political struggle in science, no matter what the pretence of objectivity is.

Their control on the information about the drugs we take every day is significant and strong. There is always a political struggle in science, no matter what the pretence of objectivity is. If science was so objective, nobody would be worried that Rupert Murdoch, a known climate-change denier, has just bought over National Geographic and summarily sacked nine per cent of its staff . Science has, in that one takeover, lurched to the right.

A recent academic article by the University of Stirling raises concerns about the fracking industry’s control and ownership of science regarding fracking. This works around what are called environmental or health impact assessments: reports that assess any negative impacts of the fracking process and look at how these risks can be avoided.

The political struggle rests on what is termed the ‘precautionary principle’. This effectively means that if there are negative consequences on health and the environment, then we should be asking whether we should be doing it. ‘If it’s bad, we shouldna dae it,’ in other words.

This principle has come under a ‘political assault’ in recent years. Neo-liberal friendly governments and business whose aim lies in profit above all else have questioned this. And in creating their own impact assessments they look less at the precautionary principle and more towards a ‘how can we pretend there aren’t any bad consequences’ approach.

Industry-friendly research either becomes the staple source for health impact assessments by those who accept their conclusions without question or industry writes the reports itself.

It may seem a tad flippant, but the Stirling research points to a playing down of health impacts, using outdated and discredited research that tells us everything is ok. Industry-friendly research either becomes the staple source for health impact assessments by those who accept their conclusions without question or industry writes the reports itself.

Either way, the precautionary principle becomes lost and the reports tend to conclude that all is fine and well in the fracking world. The example Stirling uses is interesting, and this is based around the toxins used in fracking and whether they are cancerogenic.

They explain that industry-friendly research and health assessments state that no, there isn’t a problem, it’s a very low level toxin and therefore won’t cause problems. But what if there is an accident?

No, honestly, we will take all measures to prevent any spillage and it’ll all be fine, honestly. It’s these premises they draw on.

The paper points to other research, however, that has noted links between fracking chemicals and gastrointestinal and respiratory problems as well as cancers. It also notes that even low levels, not just spillages, can cause considerable health problems in those who are ill, old or young. This research is often dismissed as scaremongering or ignored.

Now, ok, industry has a right to do its own research, blah blah blah. The problem is, however, that industry has the money, power, resources and lots of government friends to push this ‘all good’ science and flood discussion with a ‘fracking good’ mantra.

The problem is that industry has the money, power, resources and lots of government friends to push this ‘all good’ science and flood discussion with a ‘fracking good’ mantra.

Communities and locals who will live next to the fracking sites have significantly less time, money and resources and even less friends in government to develop, research and submit alternative research that perhaps works on the ‘is this really good for us’ precautionary principle.

Now, this has massive consequences for us in Scotland as the moratorium on fracking is extended . The point of the moratorium is, according to the SNP, to assess further research and carry out extended public consultation.

Scientific research and environmental/health impact assessments will play an important role in this. What is vital, then, is that we do not allow fracking-friendly organisations to control and dominate the scientific research.

We cannot allow environmental and health assessments that downplay problems and difficulties to go unquestioned. And we cannot ever assume that the science is objective and rigorous. The struggle over fracking will be fought on the scientific and public health platform.

The tobacco industry, the nuclear industry and the pharmaceutical industry all understand the importance of controlling the science and research that makes their products look good. We know the massive health consequences of this industry ‘all is good’ approach.

We cannot allow environmental and health assessments that downplay problems and difficulties to go unquestioned. And we cannot ever assume that the science is objective and rigorous.

Tobacco pushed research avalanche-style to question anything that said tobacco was bad. For years, GlaxoSmithKline withheld research that showed Seroxat increased suicidal thoughts in under 18s. Suicidal tendencies could be up to six times higher on this drug.

According to the University of Stirling research, the fracking industry and neo-liberal governments are doing the same.

We need to arm ourselves, and arm ourselves with knowledge. We need to question the industry and the research it promotes at every single stage. This isn’t easy because it always requires a lot of digging to find out the origin of research and how that connects to the industry.

But our greatest folly would be to accept any research about fracking as objective.

My rule of thumb would be, if it’s a ‘fracking is fine, honest’ approach then question it. Check the origin and find out what interests are behind it. Assume bias until you can prove otherwise.

Because, of course, the fracking industry is going to tell us all is fine and there are no problems with fracking at all.

Think about it this way though: would you accept McDonald’s telling you burgers are healthy?