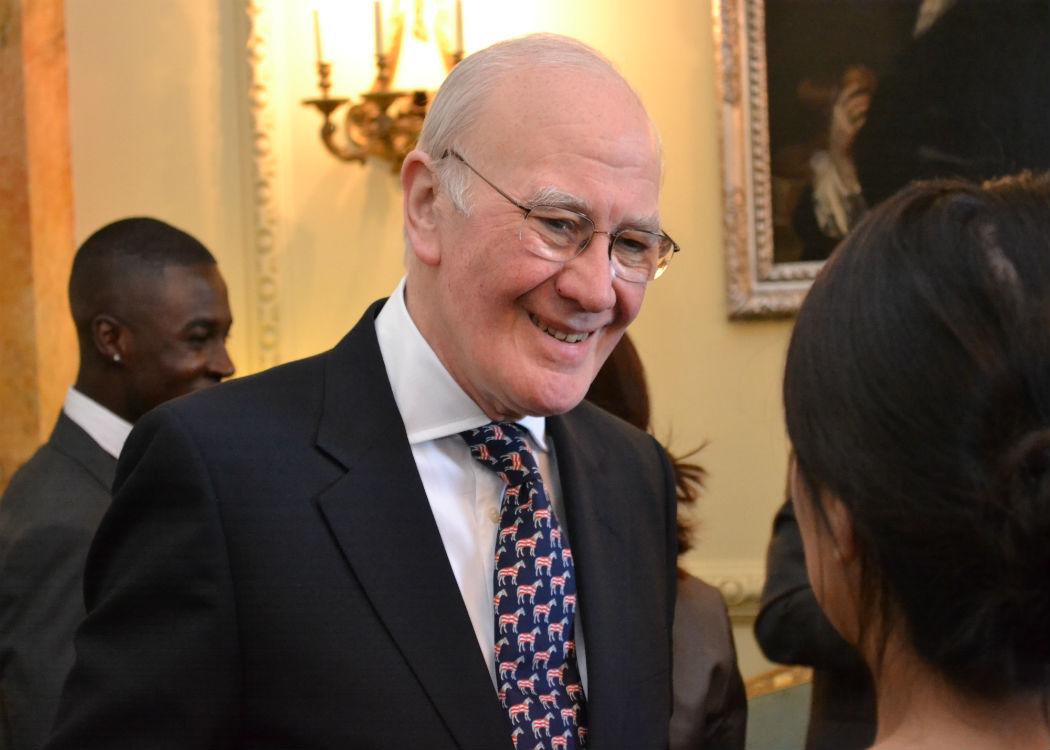 SIR MENZIES ‘MING’ CAMPBELL will head up the European Movement’s official campaign to remain within the European Union.

The former Liberal Democrat leader, who retired from the House of Commons before the 2015 General Election and is now a member of the House of Lords, has pledged to fight a positive campaign on the benefits of the EU to Scotland under the banner of ‘Europe – see the bigger picture – vote Remain’.

He said: “Our message will be a simple one – every person in Scotland benefits from our membership of the EU. Whether it is climate change, energy security, organised crime and terrorism or international trade, decisions taken by the EU are more effective than the ones made by 28 individual states.

“While anti-EU campaigners can create a lot of noise they cannot hide the fact that there is a solid majority in Scotland in favour of our remaining in the EU.” Ming Campbell

“While anti-EU campaigners can create a lot of noise they cannot hide the fact that there is a solid majority in Scotland in favour of our remaining in the EU, and it is this silent majority that we hope to mobilise to win this debate.

“The peace, stability and prosperity that the EU has brought to Scotland through our membership is to be absolutely cherished. Over the next few months we will be putting forward an unremitting and unashamedly positive case for our continued EU membership, ensuring that everyone can see the ‘big picture’ of the advantages our membership brings.”

The European Movement dates back to 1949 and is the UK’s oldest campaign to remain within the EU and to promote further integration within the 28 member block of states. Its decision to launch its own campaign means that the In movement is increasingly crowded by pro-Remain groups.

The new campaign joins the cross party Scotland Stronger In Europe, and various party campaigns including the SNP In, led by Scottish Minister for Europe and International Affairs Humza Yousaf, and an indepedent pro-EU Green party campaign.

Across the UK the Out campaign is split into several ostensibly cross-party campaigns.

Picture courtesy of The Department for Culture Media and Sport