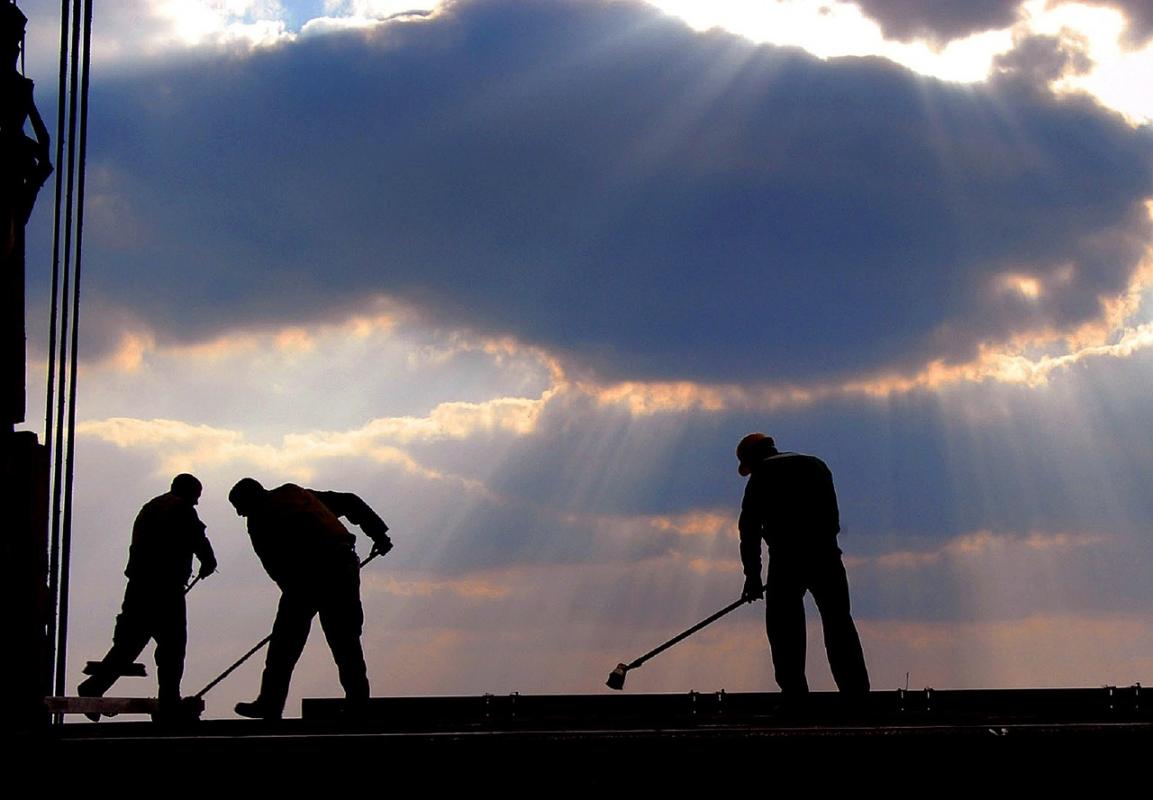 A COMMONSPACE investigation into Scotland’s jobs market has revealed evidence that reports of record-low unemployment are “skewing” the reality of modern work.

Our investigation found that:

Last week it was widely reported that unemployment among ‘economically active’ adult Scots had fallen to a record low of 3.5 per cent.

But experts on the Scottish labour market cite bogus and low-income self-employment, underemployment and precarious employment as undermining claims of the vitality of the job market.

Professor Mike Danson of Herriot Watt University says that changes in work patterns, including the growth of self-employment, are “skewing the figures on unemployment”.

He told CommonSpace: “Many are in traditional but also new forms of self-employed status that either should be considered and covered by normal employment; others are in areas that are highly competitive and so workers are driven into accepting very low rates of income with no rights, pension, sickness, or maternity etc coverage.”

Small firms, including unregistered firms which typically have very low incomes and have no employees outside of the proprietor, made up an astonishing 70 per cent of all companies by 2016. The numbers of such firms doubled in just 15 years from the year 2000. Yet despite dominating Scottish small and medium enterprise (SMEs) numerically, they make up just 13.5 per cent of private sector employment and 4.6 per cent of private sector turnover.

Danson said: “All these areas of non-traditional work are skewing the figures on unemployment. In many ways, like many of the definitional changes to ‘unemployment’ in the 1980s are for short term political reasons; in the longer term they hide precarious work, no increase in tax revenues, failures to save, guard and protect against lower incomes in sickness, retirement and maternity and so on.

“There is lower unemployment but these new forms of ‘employment’ bring new forms of exclusion from social protection and training to career development. We also do not have definitive figures on these different forms of non-unemployment, with overlap between categories so that managing the economy,forecasting revenues etc is more difficult.”

Danson further warned that the picture of how high quality self-employed work really is would become further obscured by the failure to gather adequate information on changes in employment.

He said: “The regular collection of data and information on the self-employed has been abandoned so that we know even less as the labour market develops.”

A paper by Danson and his colleague Professor Laura Galloway in 2016 explored in-work poverty and enterprise in Scotland, and found that in some cases firms were being established with state help which produced no financial return. The research also indicated that some workers with long term health conditions were taking on self-employment in order to avoid the benefits system, which since changes to the welfare system since 2011 has becomine increasingly punitive.

At the height of the financial crisis in 2008, fewer than 380,000 workers across the UK met the criteria for bogus self employment, where workers are registered as self-employed but legally should be employed by companies, and thus entitled to holiday pay, sick leave and so forth. By August 2015 Citizens Advice believed that the number of bogusly self-employed persons had increased to as many as 460,000. They calculated that each of these workers were losing approximaetly £1,288 per year in holiday pay alone.

The second largest increase in self-employed workers over this period, at 40 per cent, has been in low skilled ‘elementary occupations’ and the third largest at 30 per cent in customer services. Though higher skilled professions still represent the larger proportion of self-employed workers, there is a general picture of de-skilling.

In addition, Scottish Government figures show that part-time self-employment had increased by 21 per cent to 28 per cent of all self-employed in the 10 years following the 2008 crisis, and conceeded that “self-employment has driven the overall increase in employment since the recession”.

In addition to the runaway growth of self-employment, some of it of dubious value, trade unionists have long warned about the erosion of working conditions and the growth of the so called ‘precarious’ work and the ‘gig economy’ as well as underemployment.

In 2018 Stirling University academics Professor David Bell and Professor David Blanchflower published a paper exploring the growth in underemployment identified that the phenomenon had expanded significantly during the recession from 2008, but had not returned to pre-crash levels since, defying expectations.

They also posited that underemployment, partly explained why wages had not significantly increased despite such high rates of employment. Full employment has historically driven-up wages, but wage stagnation has remained a persistent feature of the Scottish economy in recent years.

Speaking to CommonSpace, deputy General Secretary of the Scottish Trade Union Congress Dave Moxham said: “While the UK and Scottish Government are quick to point to record levels of employment, a look behind headline figures continues to highlight real concerns with the state of our labour market.

Read more: The life of a construction worker employed by an umbrella company

“Underemployment remains above 2008 levels. Productivity has stalled since 2010. Self-employment has increased significantly since the recession, with many of these workers low-paid or in bogus self-employment.

“Research also suggests that high levels of incapacity benefits in Scotland means that unemployment levels are significantly underestimated. The reality is that many workers parked on incapacity benefits may in actual fact be able to find work if the economy was operating at genuinely ‘full employment’ levels and there was less structural discrimination against disabled workers in the economy.”

Moxham continued: “We have also seen an increase in job tenure – the length of time workers remain with their employer. This does not suggest a dynamic economy operating at full employment. This is particularly concerning as it comes at the same time as an increase in precarious employment over the last decade, most obviously symbolised by the rise of zero-hour contracts.

“Fundamentally, more than a decade on from the financial crisis, real wages remain below 2008 levels, representing the longest pay squeeze in 200 years.

“It is only through workers coming together to collectively challenge their employer, will we see some of these concerning trends addressed.”

Scottish Government figures from 2018 suggest that the number of part time jobs in the Scottish economy is around 700,000, around 10 per cent higher than in 2008. According to the Office for National Statistics (ONS) Scottish graduate uneremployment remains above 50 per cent – also a legacy of the great recession. The numbers of UK workers on zero hours contracts have increased by 10 per cent to 1.8m. 119,000 Scots workers are on temporary contracts.

Emeritus Professor at Robert Gordon University Paul Spicker, an expert on social policy, noted that changes in the labour market had been made by the punitive environment in the benefits system since the onset of austerity.

Opinion: Tory workers’ rights reforms are an admission of guilt, but not repentance

Speaking to CommonSpace, he said: “A certain amount of that seems to have been produced by redefining the relationship between unemployment and not engaging in the labour market.

“Around a fifth of those on Job Seekers Alliance (JSA) have in recent times seen their benefits being suspended for quite long periods. That may have gone down a bit more recently but it’s still showing a process of reclassification of people too sick to work as being unemployed but not receiving benefits.

Since the 1980’s, Spicker said, academics and civil servants started to notice the emergence of a new layer of workers who “fell in and out of employment, onto and back off benefits.”

“Guy Standing has tried to argue they are a class, but actually they done’t really have any collective voice, or pattern of collective action.”

Danson agreed with this, saying that despite the fact that levels of economic inactivity had remained fairly static across recent decades, this masked “sanctions and other means to adversely force some into such unsustainable employment that they churn and recycle between different categories of employed/self-employed/inactive/sick etc.”

Rates of economic inactivity in Scotland have remained almost static for three decades. Between 2004 and 2017, the numbers of economically inactive fell from 24 per cent to 22.5 per cent. And yet a study by Demos in 2018 found that in the eight years from 2010 over a million benefit sanctions had been handed out to disabled UK citizens.

Last year Jarrow MP Stephen Hepburn mocked low UK unemployment figures, saying that the Tories had helped to foster a ‘slave economy’, challenging the notion that the Tories have overseen an economic recovery in Britain since the crash. But in Scottish politics every decrease in the headline unemployment statistics is also met by celebration from the Scottish Government, and is the first metric – along with GDP growth – by which the media assess economic performance.

CommonSpace put some of the statistics and experts’ concerns to the Scottish Government, and asked how the changes in the jobs market which has had negative impacts for workers could be tackled.

A Scottish Government spokesperson said: “Scotland’s economy and job market have strengthened over the past year, with the latest figures showing employment levels are close to a record high with 2,685,000 people in employment and an employment rate of 75.5 per cent. Over the last year full-time employment increased by 28,000, while the numbers in self-employment decreased by 32,000 to 297,000 people, and there was no change over the year in the number of temporary workers.

“Despite the positive outlook, and the fact that powers over employment law are currently reserved, we recognise our important leadership role in promoting fair work. This includes the establishment and continued support of the independent Fair Work Convention, our approach to Fair Work in public procurement and meeting and exceeding our target of 1000 Scots-based living wage accredited employers.

“Building on this progress, we are publishing a Fair Work Action Plan this week which sets out how we will work with trade unions, employers and workers to create the Fair Work Nation that we all aspire to.

“The fact remains that the biggest threat to Scotland’s economy and jobs is Brexit, with the Scottish Government’s Chief Economist’s assessment, published last week, on the risk of a no-deal outcome, showing that up to 100,000 jobs could be lost across the country in such a scenario. That is why it is vital the UK Government rules out a no-deal Brexit as a matter of urgency.”