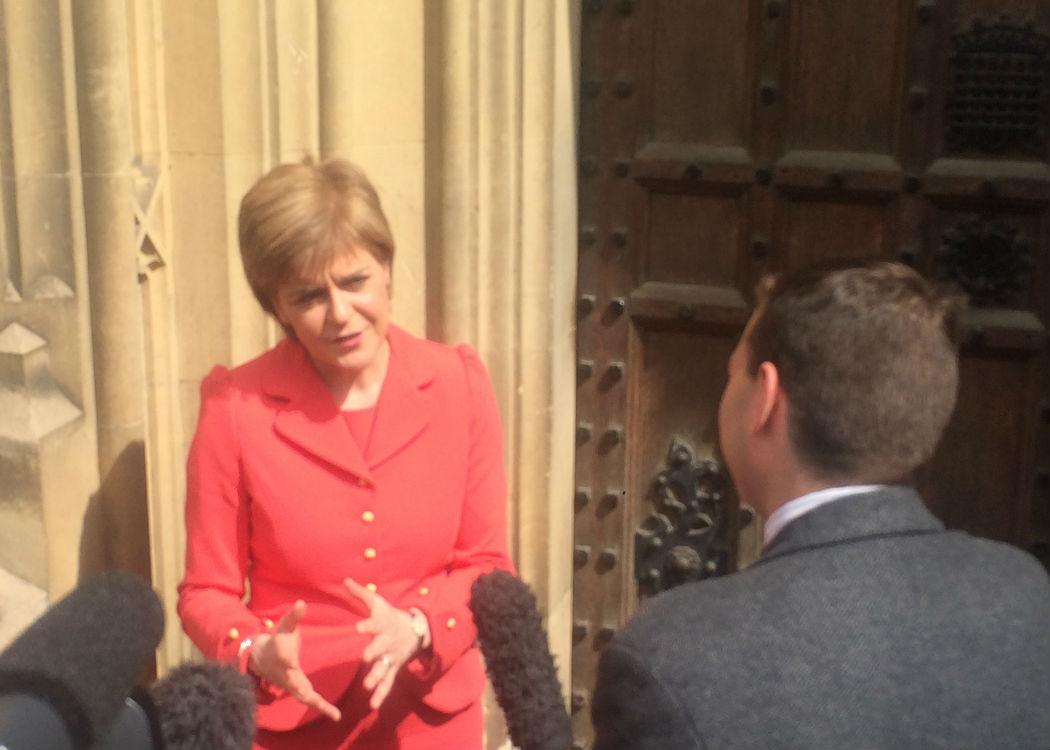 THE CONSERVATIVES may have won the election, but their slender majority means that they could be a fragile government.

The Tories have promised a referendum on Europe after negotiating a new EU deal, an issue that has historically caused divisions within the Tories, and the message from the team of 56 SNP MPs as they arrived in London for the first time today was that Tory divisions could be exploited.

Former party leader Alex Salmond recalled problems that former Conservative Prime Minister John Major ran into on the issue of Europe, stating: “I was here when John Major, with a much bigger mandate than David Cameron and his re-elected government, ran into the sand in a matter of six months on the issue of the European union. I wouldn’t be at all surprised if the same thing happened to David Cameron.”

“The Tories majority is quite slender and you find that can come under pressure and give opportunities to opposition parties,” SNP leader Nicola Sturgeon said, echoing Salmond’s position.

Speaking exclusively to CommonSpace, deputy leader Stewart Hosie said his party would be the “effective opposition” to the Tories and that the 56 SNP MPs plan to “hold them to account”.

“We intend to hold this place to account, this government to account and try to deliver as many of our manifesto promises as we can,” said Hosie.

“Remember the Tories only have a majority of 12. I wouldn’t put it past this government to make mistakes on the same kind of issues that they have in the past, like Europe. A majority of 12 is a very slim majority indeed.”

When asked if the responsibility lay with the SNP to speak up against austerity, Hosie said that the party will do everything it can to stop the “worst excesses” of Conservative policies.

“I think we are the effective opposition,” said Hosie, “Every other party is leaderless, rudderless and were beaten badly in the election, not just in Scotland. So yes, we will take on the responsibility of being the third party, a substantial group and provide effective opposition to the Tory government.

The SNP’s landslide victory in Scotland left Labour, the Lib Dems and the Tories with just one Scottish MP each in the House of Commons.