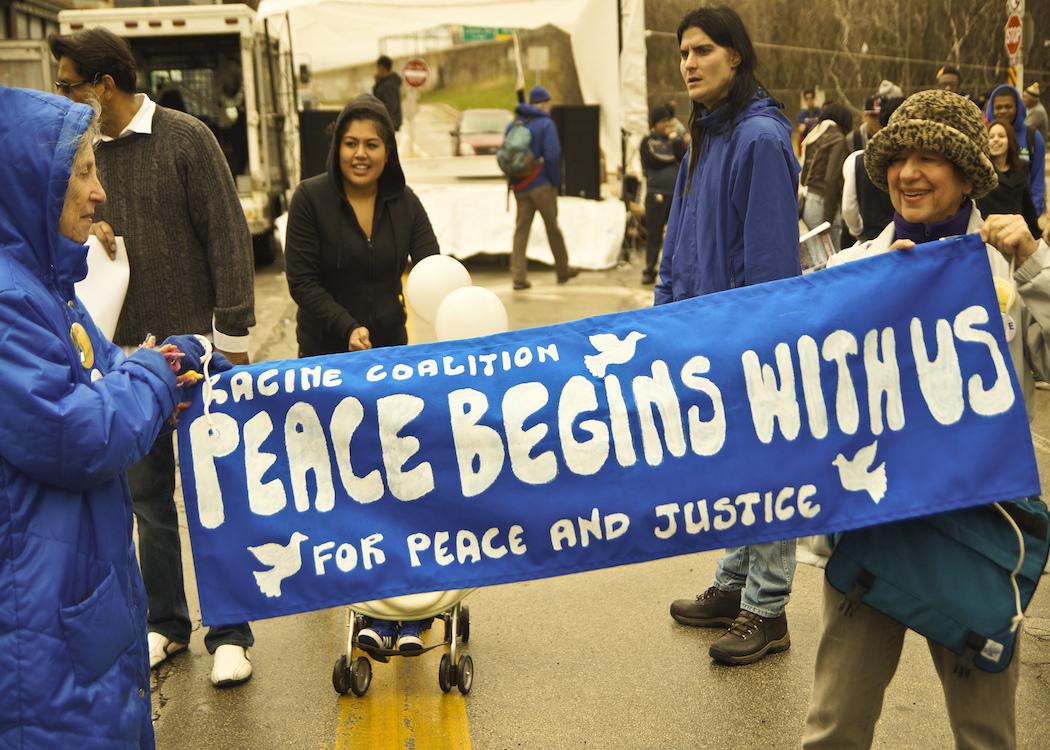 SCOTLAND is more united against nuclear weapons than at any point in the nation’s history, as 74 per cent of the Scottish parliament voted against the renewal of Trident in an unprecedented cross-party alliance.

An amended motion calling for the UK Government to reject PS167bn spending on weapons of mass destruction received the support of the SNP, Labour, the Scottish Greens and independent MSPs.

The vote follows the change in Scottish Labour policy , as members voted for a pro-peace approach to nuclear weapons and for the money saved to be used to provide new jobs for the less than 1,000 workers associated with the project.

Cabinet secretary Keith Brown MSP, who led the debate for the government, condemned nuclear weapons for their potential to kill millions of innocent people: “These are weapons of mass destruction. They are indiscriminate. They kill and destroy everything in their path. Their use would bring untold humanitarian suffering and environmental damage with their effects felt across the world.”

Brown, in reference to the upcoming vote on the system’s renewal at Westminster, called for SNP and Labour to join forces to oppose renewal: “I would also hope that if we are able to pass this motion with their amendment at the end of the day that this will not be the end but the start of a process of campaigning to make sure that this abomination in terms of PS167bn being spent on ever more powerful nuclear weapons is something that we can jointly campaign to try and change the mind, by whatever means, of the UK Government.”

Claire Baker MSP, Labour’s spokesperson in the debate, set out that it was now the party’s position to oppose the renewal of weapons of mass destruction.

Baker said: “For Scottish Labour on Sunday the arguments opposing the renewal of nuclear weapons won the day because they presented a strong case for Trident renewal being the wrong case at the wrong time.

“But beyond that there were also a clear argument against nuclear weapons. These are weapons which, if used, would cause unimaginable destruction and death. There can be no justification for deploying them.”

This represents a dramatic turnaround from just six months ago, when Scottish Labour parliamentarians were mostly welded to a pro-Trident position.

Despite Labour defending nuclear weapons during the two year independence referendum campaign, criticism from campaigners, the wipe out of Labour pro-Trident MPs, followed by the victory for pro-disarmament UK leader Jeremy Corbyn created a rapid turnaround in Labour’s position.

The strengthened consensus against Trident – following decades of campaigning from Scottish civic groups against nuclear weapons – was welcomed by the Scottish Campaign for Nuclear Disarmament (SCND).

SCND chair Arthur West said: “The strong stance taken by the Scottish Parliament is a major boost to the campaign for nuclear disarmament. Our MSPs should be congratulated for putting their opposition to Trident first and party politics second. It is already expected that 58 of Scotland’s 59 MPs at Westminster will vote against Trident renewal.

“We welcome Keith Brown’s call for political parties and civic society to work together to build the campaign against Trident and to develop plans for defence diversification.”

Green and independent MSPs called on Scotland to go further in its opposition to nuclear weapons by rejecting the Nato military alliance.

John Wilson MSP said this was the “only way we can we truly disengage from the nuclear arms industry”, while Alison Johnstone MSP criticised the government for providing PS2.5m of government funding to a Lockhead Martin subsidiary – the largest arms company in the world.

The focus of the Trident renewal debate now moves to Westminster, where the Labour and Conservative parties both currently favour renewal.

A verdict on the ‘main-gate’ decision to build nuclear weapons submarines is expected in the next few months.

Recent research by Tory MP Crispin Blunt revealed that the estimate cost of Trident has risen to PS167bn over its lifetime. He said this cost was “too high to be rational or sensible” for the UK military.