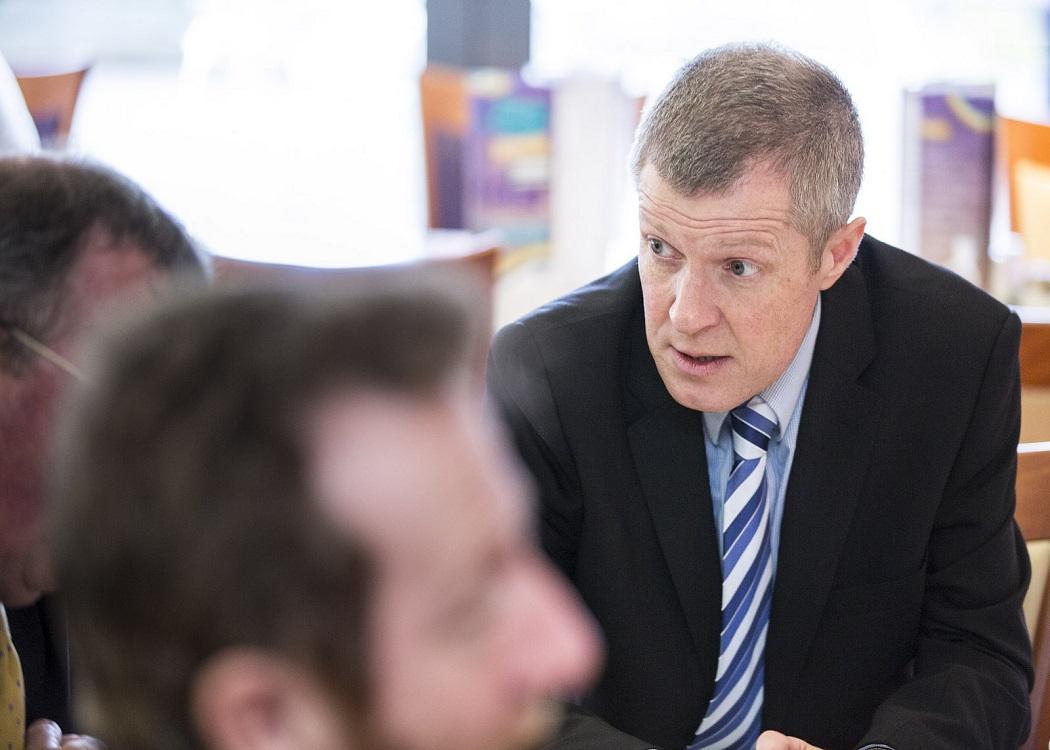 THE leader of the Scottish Liberal Democrats has claimed both the Scottish Tories and the SNP are “two peas in a pod” in his speech to the party’s spring conference in Edinburgh.

Willie Rennie told delegates that “the very idea of two parliaments – at Westminister and Holyrood – dominated by those two is an utterly dismal prospect that won’t help Scotland be the best”.

With elections for the Scottish Parliament coming up in May, Rennie added: “The Tories with their hash welfare policies, callous treatment of refugees, slashing of renewable energy, and their massive economic gamble on the future of the European Union.

“The SNP, who are only interested in getting independence and have let everything else slide while they are distracted with that.

“And worst of all, both of them are completely united in wanting to keep the country divided. They need each other. They feed each other.”

Rennie went on to criticise both the SNP and the Scottish Tories over ‘scare stories’ during the Scottish independence referendum campaign, saying: “That is what they want.”

“And it is onto this dismal scene, onto this rancid prospectus, where we must come in.

This comes after last month, when Rennie said that PS475m could be raised by putting 1p on income tax across all tax bands.

Rennie said: “For Scotland to be the best again we need the best education in the world again. The OECD tells us we are slipping down the international standing of education.

“With the investment of one penny on income tax, we can secure a PS475m return. Today I can announce the details of that funding so that people know what they will get for their winning investment.

“We will invest PS170m in our schools with a pupil premium. This will be paid directly to schools to raise attainment every year.”

Around PS1,400 per pupil would be available for every primary school pupil and PS900 for every secondary pupil.

Rennie added: “A primary school like Aboyne could get PS43,000 more. In Dunoon, Woodhill in Bishopbriggs, East Craigs in Edinburgh, Castlehill in Cupar, Dingwall, Papdale in Orkney, Eyemouth. All could get more than PS60,000.

“That is enough for more teachers for one-to-one help, for homework clubs or extra equipment. Secondary schools will benefit, too. Oban would get another PS170,000, Inverurie PS45,000, Bell

Earlier in the day, the conference passed a motion calling for the creation of a Scottish Office for Budget Responsibility .