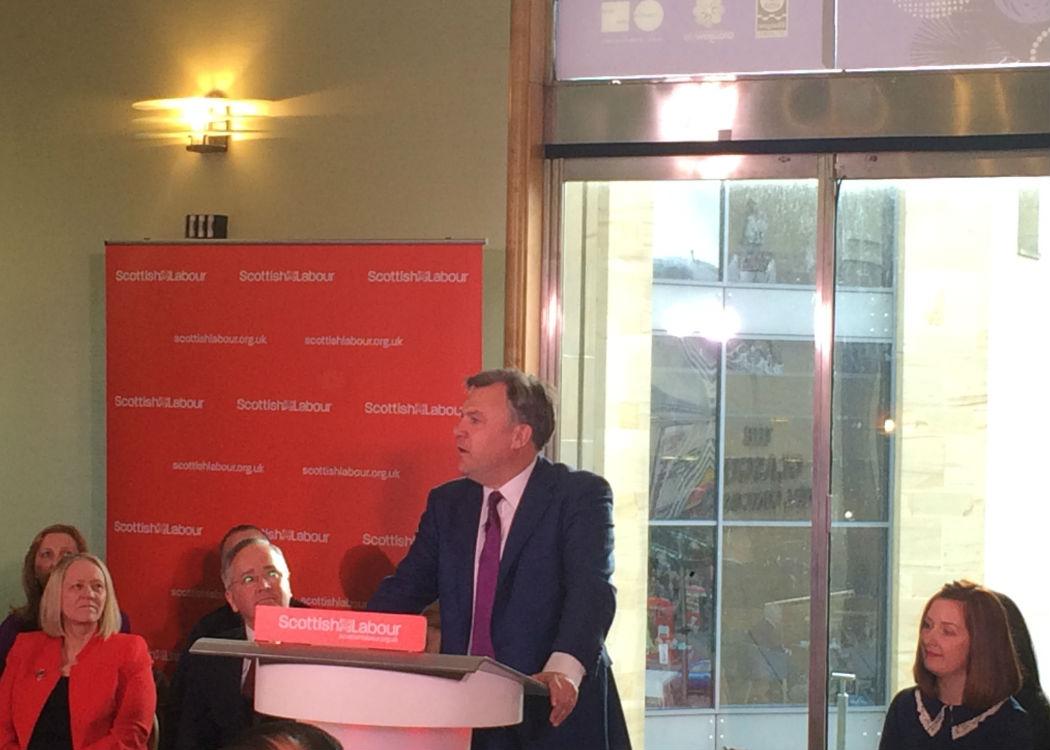 SNP hit back, saying that Balls would change ‘nothing’ from the current government’s economic approach

ED BALLS has claimed that a vote for the SNP is a vote for austerity, on a visit to Glasgow on Wednesday.

The shadow chancellor was the latest high-profile Labour figure to visit the city this week after Gordon Brown helped to launch Margaret Curran’s campaign in the east end on Monday.

Current polls suggest Labour is due to suffer heavy losses to the SNP in May’s General Election.

A hung parliament is likely with neither the Conservatives nor Labour expected to win enough seats to form a majority.

Balls, who was accompanied by Scottish Labour leader Jim Murphy, claimed that the SNP’s rhetoric on social justice was different from their record and that every vote for the nationalists would make it more likely that David Cameron will be prime minister.

“The fact is the biggest lie in this General Election is the claim that the SNP are the anti-austerity party when, in fact, they are the additional-austerity party,” said Balls.

“There is only one way to end Tory austerity in Scotland and that’s by voting Labour. So this is the choice: extreme austerity of George Osborne and David Cameron’s plan. Extended austerity with the SNP plan. Or a vote for change,” Balls added.

However, Balls seemed to contradict his own anti-austerity pledge by admitting that Labour intended to run a budget surplus, which would likely mean continued cuts to public spending.

The shadow chancellor said: “We will cut the deficit every year and balance the books – with a surplus on the current budget and national debt as a share of GDP falling, as soon as possible in the next Parliament.”

The SNP has argued for an extra PS180bn of investment over the course of the next parliamentary term, and has claimed that Balls remains wedded to Conservative cuts.

The SNP’s finance minister John Swinney said: “Ed Miliband confirmed on national television that under Labour ‘we’re going to be reducing spending’, and yet Ed Balls has the cheek to pretend he is anti-austerity.

“He is the person who said he would change precisely ‘nothing’ in George Osborne’s latest budget – despite the Tory plans for further and deeper cuts.

“And he trooped through the lobbies of the House of Commons to vote for a further PS30bn in cuts after the Westminster election. PS800m of spending in Scotland is nothing compared to a PS2.4bn share of cuts.”

Meanwhile, Labour activists could be heard wondering aloud whether the press briefings and rallies to supporters were the best strategy to win back votes from the nationalists. One was heard saying: “We are preaching to the converted here, we need to preach to the lost.”

A recent ComRes poll for ITV news predicted that the SNP will win 28 of Labour’s 40 seats in Scotland on the 7 May election.