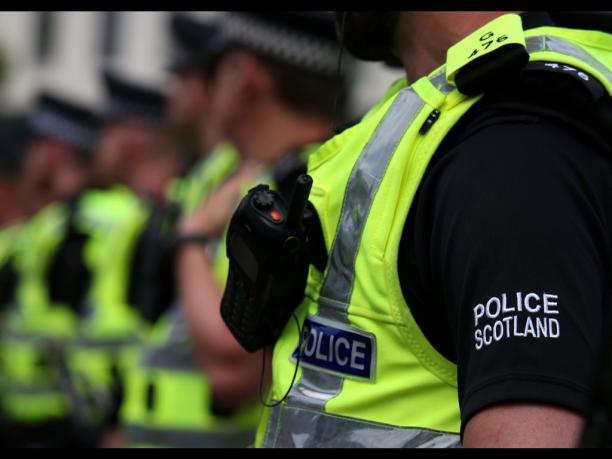 THE SNP HAS been scathing in its response to attempts to overturn its politically unpopular Offensive Behaviour in Football and Threatening Communications Act (OBFA) ahead of Tuesday’s Justice Committee meeting where Labour MSP James Kelly will be the final person to give evidence.

The legislation came into effect in 2012 in an attempt to address sectarian behaviour and abuse at and around football matches, but it has faced enduring criticism from football fans and a number of civil liberties organisations, while equalities organisations have remained divided on its benefits.

James Kelly has proposed a Bill to overturn the legislation, which won the symbolic backing of the Scottish Parliament last year when a motion supporting a repeal passed narrowly by 64 votes to 63.

SNP MSP George Adam has described Kelly’s efforts as “utterly irresponsible” and as an attempt to “erode the powers our police currently have to tackle bigotry, just to land a political blow”. Nonetheless, Kelly’s proposed Bill sees the Scottish Government in a difficult position, as all of the opposition parties in parliament continue to support repeal.

Adam said: “[James Kelly] is a politician doggedly pursuing a self-serving agenda – entirely focused on his own political interests, but deaf to the views of the vast majority of people across Scotland.

“At a time when the SNP government is focussed on education, health, jobs, the economy and protecting Scotland’s place in Europe, the Labour party would rather see us remove legislation that tackles sectarianism, prejudice and discrimination whilst offering no alternative in its place.

“And Labour’s core arguments are torpedoed by the fact of what the legislation has achieved and the overwhelming support it commands across society. The Act is backed by organisations representing the very vulnerable groups it is designed to protect – many of whom are critical of Labour’s attempts to repeal the Act.

“If James Kelly had a modicum of political sense he’d find a new political hobbyhorse and drop his obsession with undermining the fight against sectarianism.”

Over 70 per cent of 3,248 respondents to a public consultation supported a repeal of the Act, and over 75 per cent of over 200 individual submissions and more than half of organisational submissions to the Justice Committee supported the proposed repeal.

Ahead of delivering his evidence to the committee, Kelly described the SNP as “desperately clinging on to this disgraced law”.

He said: “Time is running out for the Football Act. From legal experts and human rights groups to supporters’ organisations, this legislation has been roundly condemned.

“The Football Act has been a failed PR stunt for the Nationalists. They rushed it through Parliament in 2012, abusing their majority at the time with no support from any other party.

“Repealing the Football Act will leave no gap in the law, as experts have made clear to parliament. It will also mean fans are no longer the subject of illiberal and unjust legislation, and it creates the opportunity for meaningful work to take place between supporters’ groups, police and football clubs.

“Sectarianism is too complex a problem to be solved in 90 minutes on a Saturday. We need a generational change in attitudes and the place to do that is in communities and classrooms, not by needlessly criminalising working class young men.”

A number of organisations representing victims and equalities groups, including Stonewall Scotland, the Scottish Council for Jewish Communities and Victim Support Scotland have expressed concern about an outright repeal without a suitable replacement to protect those who might be victimised.

However, others such as (Campaign for Racial Equality and Rights) BEMIS (Black and Ethnic Minorities Infrastructure in Scotland) have backed the repeal, arguing that the law does not contribute to challenging hate crime and that it could potentially have the adverse impact of creating confusion around hate crime legislation.

BEMIS has also expressed concern about the far-reaching nature of the law, arguing that it has “enveloped significant numbers of young people into the realm of the Criminal Justice System who otherwise would have little or no formal interaction with it”.

Legal experts such as the Law Society of Scotland have been critical of the details of the law and its practical applications, suggesting that pre-existing laws could be applied to the same offences.

Police Scotland data indicates that there were 377 charges under the Act in 2016-17, relating to 286 separate incidents. 99 per cent of the charges involved a male, 31 per cent involved people up the age of 20, and a further 39 per cent were up to the age of 30.

The deadline for the conclusion of Stage 1 of the proposed Bill is in January, with a vote on the repeal expected to take place in 2018.