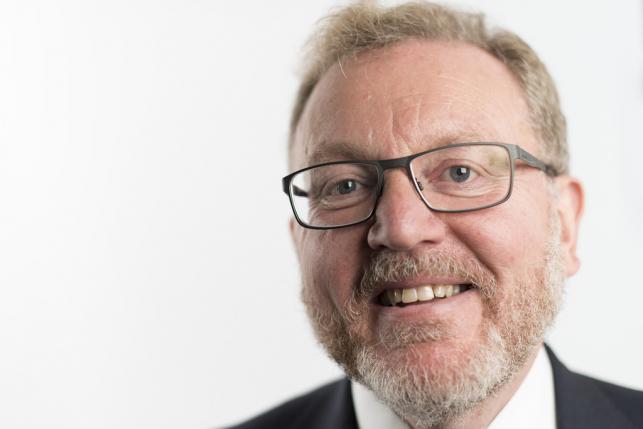 THE TORY SECRETARY OF STATE FOR SCOTLAND, David Mundell, is under increased pressure over his role in the UK Government’s billion pound deal with Northern Ireland’s Democratic Unionist Party (DUP).

Mundell, who had previously claimed he “won’t support funding which is deliberately sought to subvert the Barnett rules” (the funding arrangement for England, Scotland, Wales and Northern Ireland) has faced criticism for the failure of his ministry and the now 13 Tory MPs in Scotland to gain their own funding package.

The DUP, exploiting Tory weakness following the party’s failed snap General Election campaign, won over a billion pounds in funding in infrastructure, health, and education funding in return for the support of its ten MPs in crucial House of Commons votes.

The extra funding, if replicated in Scotland and Wales, would have meant a substantial reversal in Tory austerity measures and relieved financial pressure across public services.

When breaking his silence on the issue and asked whether he pressed for increased support for Scotland, Mundell repeated “this is an arrangement with the DUP”.

David Mundell on how him previously saying “I’m not going to support just giving money to Northern Ireland” is compatible with #DUPdeal. pic.twitter.com/SkkZZduRVB

SNP’s Pete Wishart MP criticised the statements in the interview: “David Mundell has broken his silence, and it is clear that he failed to lift a finger to secure any more cash at all for Scotland in this disgraceful DUP–Tory deal. As a Tory secretary of state for Scotland he has completely failed to make the case for Scotland.

“He used a series of excuses in an attempt to rewrite the history of what he himself has said about the deal. It simply adds to the sense that he is a lame duck secretary of state in an increasingly lame duck UK government .

“There is absolutely no way that David Mundell can credibly claim to be standing up for Scotland’s interests in the Cabinet – and his failure to secure anything for the people of Scotland – must now mean his position is utterly untenable. The question now is who will last longer – May or Mundell.”