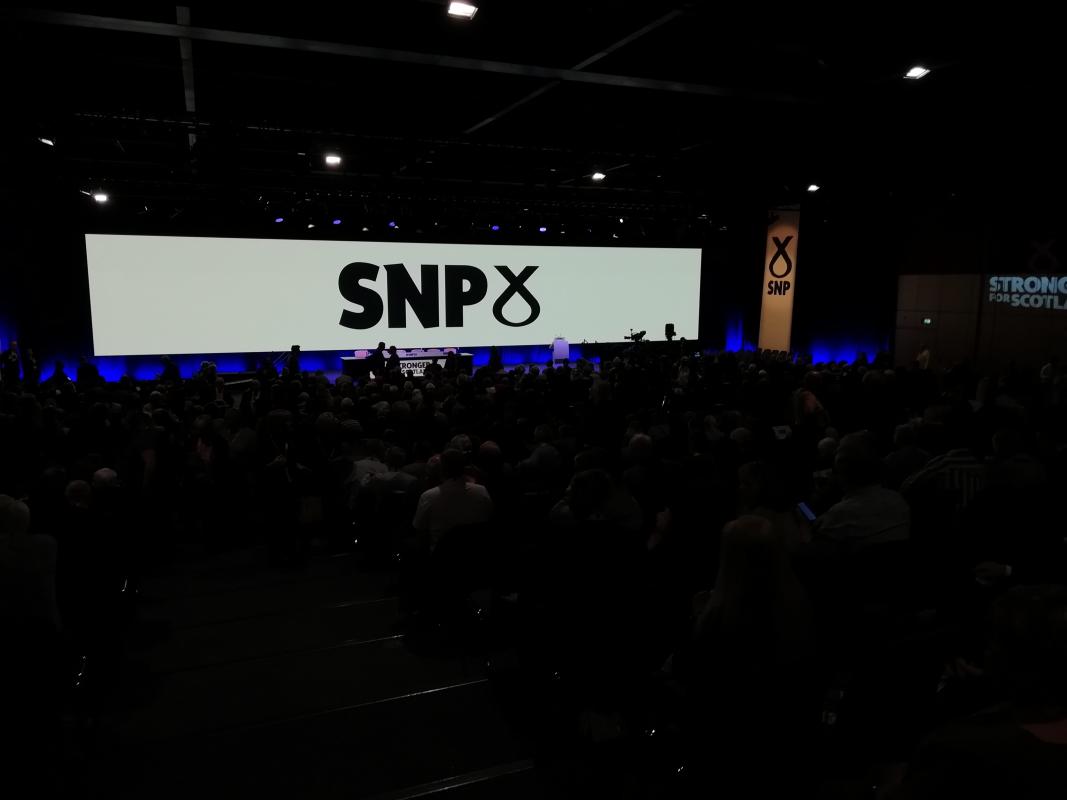 SNP spring conference kicked off with delegates demanding more is done to help female EU migrants who are victims of domestic violence settle in Scotland after Brexit.

SNP members kicked off their spring conference by calling on the UK Government to reform its EU Settled Status Scheme to protect women who are at risk of domestic violence.

Delegates at the SNP Spring conference in Edinburgh would like the Home Office to work with women’s organisations after it was found that women who have migrated to the UK from other EU countries could be trapped in an abusive relationship after Brexit because of the difficulty of providing the evidence needed to grant them settled status.

Concerns were raised that women who suffered domestic violence are more at risk of not being granted settled status because of how the Home Office has chosen to operate the scheme.

“Women suffering domestic abuse, who may not always be able to prove their residence, are particularly vulnerable – and we know that immigration status can be used to trap women in abusive relationships.

“The UK Government need to do more to protect foreign nationals at risk of domestic abuse – which is what my Private Members’ Bill will do.”

SNP member Julia Stachurska told the conference of her personal story of moving to Scotland when she was seven years old.

Stachurska said: “My father – and I don’t use this word lightly – was an abuser. My mum and I got abused on a weekly, if not a daily basis. Physically and emotionally.

“Because of this inhumane system, families will suffer, children will suffer, and women will suffer. Now we have Tory immigration minister Caroline Nokes stating that vulnerable migrant women who are subject to domestic abuse should return to their countries. We have a really hostile state environment where migrant women suffering from domestic violence are being sacrificed at the altar by a migration policy that is obsessed with rights limitation.”

Scottish Women’s Aid and other charities have warned that EU nationals who are escaping the violence of domestic abuse could struggle to have the necessary paperwork to prove that they have been a resident long enough to qualify for settled status under the current scheme.

Those applying under the Settled Status Scheme will need to provide their national insurance (NI) number. The NI number will be checked against tax and benefits records to verify that they have been resident in the UK for five years.

Ruth Maguire MSP told the conference: “Women in this situation are at risk because they are less likely to have any individual proof of residency to apply for settled status about their partners.

“Female EU migrants employed in sectors where working is informal and poor practices exist may mean that there is little paper trail.

“Others at home, raising their children, unpaid carers, cash in hand workers and others may not have access to those important documents to apply under the scheme.”

Maguire added: “Our understanding of the nature of domestic abuse recognises that an abuser’s partner may withold money and documents as a tool of coercive control.”

The “hostile environment” policy was announced in 2012 by Prime Minister Theresa May during her time as Home Secretary, as a way to speed up the removal of ‘illegal’ migrants. May said the aim of the policy was “to deport first and hear appeals later”.

Under the scheme, more than 60 Caribbean nationals – members of the so-called “Windrush generation” – who have been legally living and working in the UK for decades, were wrongly deported.