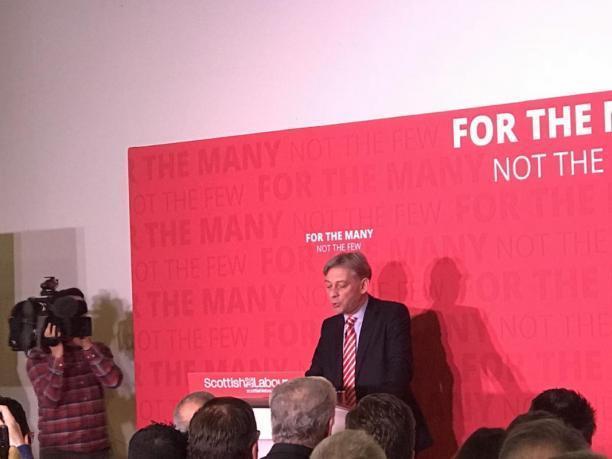 THE SNP has urged embattled Scottish Labour leader Richard Leonard to “get on the right side of democracy” and support Shadow Chancellor John McDonnell’s position that a future Labour government would not block a second referendum on Scottish independence with backing from Holyrood.

McDonnell, seen by many as UK Labour leader Jeremy Corbyn’s most influential supporter within the shadow cabinet, addressed First Minister Nicola Sturgeon’s aim of holding a second plebiscite on independence before the 2021 Scottish parliamentary elections during an appearance at the Edinburgh Fringe on 6 August.

Talking to Iain Dale, McDonnell stated: “It will be for the Scottish Parliament and the Scottish people to decide that.

“They will take a view about whether they want another referendum. Nicola Sturgeon said by late next year or the beginning of 2021.”

McDonnell continued: “We would not block something like that. We would let the Scottish people decide. That’s democracy.”

“It’s a bit embarrassing that Westminster Labour politicians have done more than their Holyrood colleagues to defend the democratic rights of the people of Scotland.” SNP MSP Jenny Gilruth

His remarks elicited outrage from many unionist figures within the Labour Party and beyond, and follow this week’s release of a Lord Ashcroft opinion poll showing majority support for independence amongst Scottish voters.

Responding today, Richard Leonard said: “I met with John this morning, and I made clear to him that a second independence referendum is unwanted by the people of Scotland and it is unnecessary. The 2014 referendum was a once in a generation vote.

“There is no economic case for independence, especially with the SNP’s new position of ditching the pound and new policy of turbo-charged austerity to bear down on the deficit.

“On that John McDonnell and I are in firm agreement – what Scotland needs is radical reforming Labour governments at Holyrood and Westminster.”

No indication has been given of whether the meeting between Leonard and McDonnell has led to any revision of the shadow chancellor’s position.

“It’s a bit embarrassing that Westminster Labour politicians have done more than their Holyrood colleagues to defend the democratic rights of the people of Scotland.

“They’re more interested in siding with the Tories and fighting with each other than defending Scotland’s interests.

“That explains why people across Scotland have given up on Richard Leonard’s party, and why they’re polling in single figures. Voters just can’t take them seriously anymore.

“As polls show, more and more people are drawn to the opportunities of independence.

READ MORE: Chapping at the door: Interpreting the Ashcroft poll

”Unless Scottish Labour join the SNP in defending Scotland’s right to hold an independence referendum, they’ll be lending their backing to a jobs-wrecking Tory Brexit and will continue their slide into complete irrelevance.”

This is not the first time Leonard has appeared to be at odds with the UK Labour leadership over constitutional matters.

In September 2018, Corbyn told BBC Scotland during that year’s Labour Party conference that he was not “ruling out” giving consent for a second Scottish independence referendum, adding that any decision on the matter would be made “at the time”.

At that same conference, Leonard appeared to countermand the UK Labour leader when he told press that Labour would commit to opposing a second independence referendum in its next UK manifesto.#