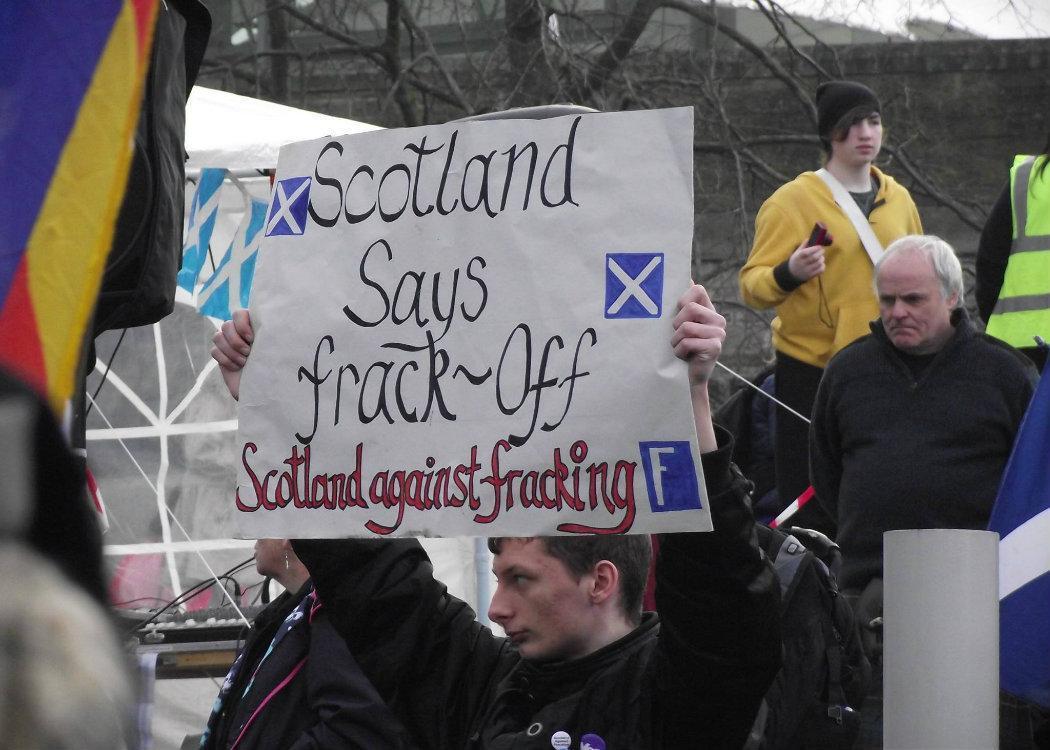 SNP MEMBERS organised to oppose unconventional oil and gas extraction – known as fracking – have claimed the party’s manifesto makes a full ban inevitable after any evidence based investigation.

SNP Members Against Unconventional Oil and Gas (Smaug) are confident that the three red-lines named by the party leadership – evidence of harm to environment, communites and public health – will be crossed, meaning that no fracking contracts will become fully operational.

The Scottish Government have launched an investigation into the risks of fracking, while a ‘moratorium’ remains in place. SNP activists have called for the party to move towards a full ban, a proposal which was blocked at its two most recent conferences.

Following the manifesto launch, a Smaug spokesperson said: “We welcome this significant commitment by the SNP in their manifesto. The presumption is being placed on the polluters to show they can undertake these techniques without damaging our ‘environment, communities and public health’.

“They will not be able to do this as significant scientific evidence already exists showing that fracking and underground coal gasification damage these areas. For example, research on fracking clearly links it to the release of significant amounts of methane, a highly potent greenhouse gas.

What is happening with the SNP and fracking?

“It therefore falls at the first hurdle set by the SNP. We look forward to these techniques being banned after the public consultation process is complete.”

First Minister Nicola Sturgeon reiterated at the launch event that: “We will not allow fracking or underground coal gasification in Scotland unless it can be proved beyond any doubt that it will not harm our environment, communities or public health.”

Opponents of fracking point to links between fracking and climate change, the dangers of corporate energy developments, and the environmental impacts of drilling as reasons to reject the practice.

Gas giant Ineos, which owns the Grangemouth refinery, has been at the forefront of a lobbying campaign to persuade the Scottish Government to back fracking.

Fergus Ewing, the Scottish Government’s energy minister, has been more open to supporting the fracking industry.

Scottish Energy News claimed this month that Ewing’s ministerial position is in question over his position on fracking.