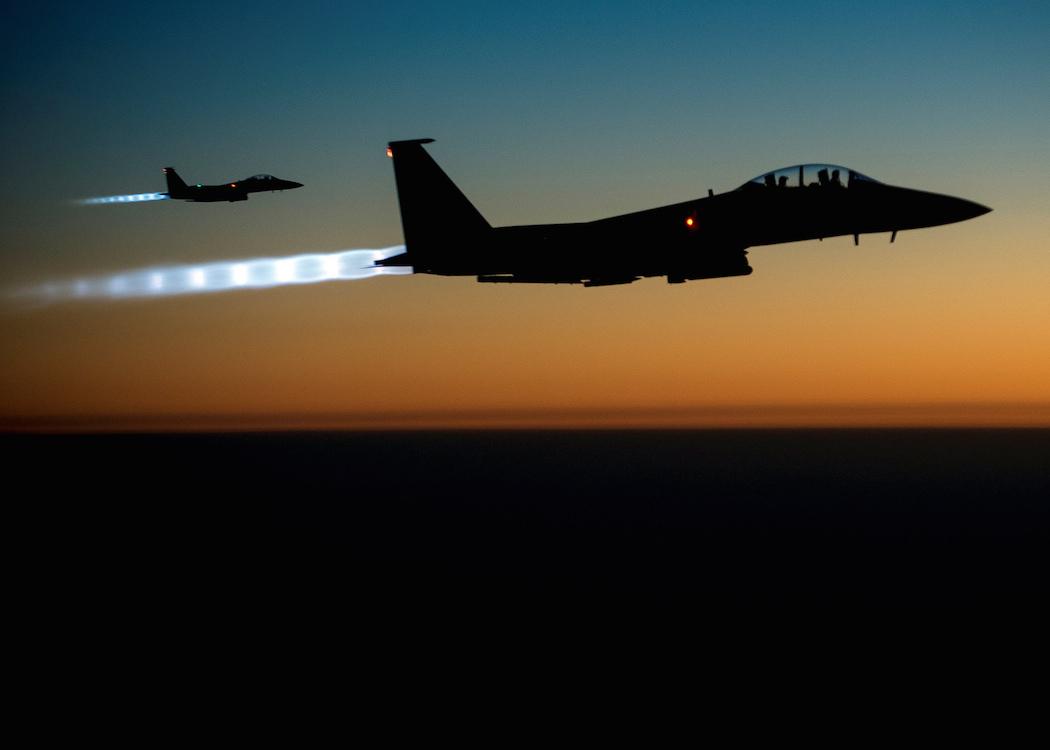 THE CASE FOR WAR in Syria must include detail of ground troop support and funding for any reconstruction effort, according to SNP Westminster leader Angus Robertson MP.

Robertson challenged prime minister David Cameron in the House of Commons yesterday [Wednesday 25 November] a day before the UK Government will set out its case for joining the bombing campaign in the Syrian civil war.

The SNP, which originally said it was willing to “listen” to the case for war, is now prepared to vote against military action due to concerns over the legality and military strategy behind a further bombing campaign.

Robertson said: “The fatal dangers of unintended consequences and escalation in Syria are clear for everyone to see.

“We need more details from the prime minister – including his plans for boots on the ground. All serious observers agree that an air campaign alone will not lead to the ultimate defeat of Daesh (Islamic State) on the ground and ground forces will be needed. How many troops and from which countries does the PM have in his plan?”

Military chaos in Syria – which follows a four years civil war, a 15 month US-bombing campaign, and vicious sectarian warfare including Daesh, rebels, al-Nusra and many others – escalated this week as Turkey shot down a Russian jet near the Syrian border .

Roberston warned that military action could repeat the same mistakes made in past conflicts like Libya, where the UK spent 13 times as much bombing the country as was invested in Libya’s reconstruction.

Cameron, in response, conceded that airstrikes in isolation would not solve the civil war and military chaos in Syria.

“Clearly we need a political settlement in Syria and a government in Syria that can act comprehensively with us and against [Daesh (Islamic State)],” Cameron said.

“He asked about ground forces, and there are ground forces in Syria – the Free Syrian Army and the Kurdish forces – that would work with us to help eliminate [Daesh (Islamic State)]. The full range of ground troops will only be available when there is a political settlement in Syria.”

The SNP are also calling for United Nations support for any military action.

Cameron omitted to mention any military cooperation with the current Syrian government, which is also fighting Daesh. The regime, led by Bashar al-Assad, was originally the target of proposed UK airstrikes in 2013.

The relationship with Assad – who has the support of Russia and Iran, but is opposed by Western states – is one of several diplomatic and military challenges for achieving a ceasefire in Syria.

Cameron promised to set out his case for bombing to parliament (Thursday 26 November). The SNP and Labour Party leadership have signalled that they intend to oppose war.

A month ago the foreign affairs select committee, which has a majority of Tory MPs, was highly critical of military action – seemingly ending the prospect of military intervention.

However, since the attacks in Paris the UK Government has reignited the case for UK bombings in Syria.

In September Cameron told parliament that a 2015 airstrike had been carried out in Syria without the authorisation of MPs .