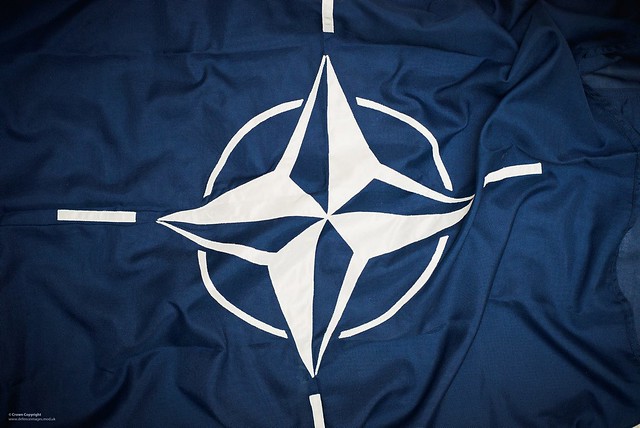 –          Report prompts divide in Scottish CND over Nato membership: “It plays a role in driving up military spending and fuelling the arms trade”

A NEW REPORT by SNP CND describing a ‘roadmap’ for Trident removal has suggested that an independent Scotland’s membership of Nato could be contingent upon the removal of Trident, arguing that such a position would provide “diplomatic leverage” in achieving the withdrawal of the nuclear deterrent.

‘A Roadmap for Trident Removal’, produced by a specialist section of the Scottish Campaign for Nuclear Disarmament intended to develop support within the party, draws from the publication Disarming Trident by the Scottish CND’s former coordinator, the late John Ainsile, and reiterates his view that the process of Trident removal, including the dismantling of its nuclear wearheads, would take four years.

Regarding the contentious issue of an independent Scotland’s potential membership of Nato – which was endorsed by the SNP in 2013 in a reversal of its historic opposition to the alliance, but which many within the independence still oppose – the SNP CND paper proposes that Scotland could show openness to Nato membership as a bargaining tool in order to effect the removal of nuclear weapons from Scotland.

“In this paper we are not committing to NATO membership nor do we rule out using the prospect of NATO membership as a diplomatic tool.” SNP CND report ‘Roadmap to Trident Removal’

The report states: “In 2013, by the narrowest of margins (15 votes), the SNP Conference changed its policy from non-alignment to membership of NATO. Given the narrowness of the vote and given that an anti-nuclear defence policy is hard wired into SNP thinking, an independent Scotland’s NATO membership will be contingent on fairly swift removal of the Vanguard boats and also removal of the Astute fleet. So NATO membership for SNP Defence and Foreign Policy is not a binary choice between membership and non-membership.”

The report instead argues that the prospect of an independent Scotland’s membership of Nato should be viewed in the same way the “prospect/threat” of Nato membership has been used by other nations states.

READ MORE: Analysis: The Trident and Nato debate is back in the SNP – it should never have went away

The report notes: “Non-aligned Finland uses the threat of NATO membership to ensure good neighbourliness by their Russian neighbour. Conversely Finland shows a bit of ‘diplomatic ankle’ to ensure that NATO engages positively with Finland.

“As was said during the SNP conference NATO debate in 2013, NATO membership should be considered when the last Trident-carrying boat sails down the Clyde. Such a position delivers real diplomatic leverage. It will provide an Independent Scotland real negotiating cards to play. Notwithstanding the very narrow conference decision to seek NATO membership, nothing substantial has changed. In this paper we are not committing to NATO membership nor do we rule out using the prospect of NATO membership as a diplomatic tool.”

In an apparent challenge to the current position of the SNP leadership, the report adds that “the proposition that a future Scottish Government will seek NATO membership without a roadmap for Trident removal in place is intellectually unsustainable. We have difficulty conceiving of a circumstance where a future leadership of the SNP would risk putting such a proposition to the wider membership, we certainly can’t imagine the current leadership doing it.”

When asked for a response to the paper’s advocacy of Scottish Nato membership being conditional on the removal of Trident, Douglas Chapman MP, the SNP’s spokesperson for defence procurement and nuclear disarmament, referred to the process for Trident removal described in Scotland’s Future, the 2013 Scottish Government white paper published ahead of the 2014 independence referendum, as the party’s preferred plan for the withdrawal of nuclear weapons.

Speaking to CommonSpace, Chapman said: “With independence, the SNP would seek to conduct a speedy but responsible withdrawal of the UK’s nuclear arsenal, and focus the savings that this would deliver on tackling the tangible security issues that we need to address to keep our citizens safe here at home and abroad.

“As outlined in Scotland’s Future, we would seek to work with the UK Government to ensure that weapons of mass destruction are withdrawn safely as a matter of priority.”

“With independence, the SNP would seek to conduct a speedy but responsible withdrawal of the UK’s nuclear arsenal, and focus the savings that this would deliver on tackling the tangible security issues that we need to address.” SNP MP Douglas Chapman

Scotland’s Future states that an independent Scottish Government would “make early agreement on the speediest safe removal of nuclear weapons a priority”, with a view to the removal of Trident being completed within the first term of the Scottish Parliament following independence.

While the “detailed process and timetable for removal” would remain a subject for negotiation between the Scottish and UK governments, Scotland’s Future notes the estimate of the Scottish Campaign for Nuclear Disarmament, which suggests Trident could be dismantled within two years.

Chapman continued: “The vast majority of NATO member countries manage to work in a cooperative manner with no need to have or develop a nuclear weapons capability.

“Scottish CND remain opposed to NATO as we do not see the organisation as a force for good in today’s world.” Scottish CND campaign worker Emma Cockburn

“We recognise our obligations to the security of our region and the North Atlantic in particular. Our military and security posture would be firmly non-nuclear and our contribution to NATO would be to provide conventional and niche area support which would be of value to Scotland and our partners.

“Working with international partners, Scotland can both be a good, trusted and responsible neighbour as well as protecting our national assets and our citizens at home and abroad.”

Chapman offered no comment on whether the SNP might change its position on Nato if the removal of Trident proved impossible for an independent Scotland as a Nato member. However, speaking in the aftermath of a visit to Devonport to discuss the dismantling of redundant nuclear submarines earlier this week, Chapman appeared to endorse the SNP CND paper, stating: “We are developing a clear roadmap which is an in-depth plan as to how Scotland can move to nuclear-free future.”

READ MORE: ‘No Nato in Scotland, No Scotland in Nato’: Edinburgh and Glasgow protests on 70th anniversary

The SNP CND report also provoked conflicting reactions from within the Scottish CND, with Scottish CND Chair Arthur West telling CommonSpace: “The report from SNP CND is an excellent piece of work which clear outlines the practical steps that need to be taken to safely dismantle the nuclear weapons currently located in Scotland. The report also makes some interesting points on NATO membership which are certainly worth discussing.”

However, Emma Cockburn, a campaign worker at Scottish CND, took a different view, telling CommonSpace: “After lengthy discussions at our AGM’s in recent years, Scottish CND remain opposed to NATO as we do not see the organisation as a force for good in today’s world. It plays a role in driving up military spending and fuelling the arms trade and nuclear weapons play a major part in its thinking and strategic discussions.”

Acknowledging the plurality of opinions on Nato within the campaign, West commented: “Whilst all parts of Scottish CND are united and motivated to get rid of nuclear weapons there can sometimes be slightly different views on issues such as NATO.”

THE SNP’s reversal of its 30-year policy of opposition to Nato in 2013 led to several SNP figures leaving the party, including the now-Green MSP John Finnie, who said at the 2013 SNP party conference: “You vote to join Nato, you will not get rid of Trident.”

Referring to then-First Minister Alex Salmond, Finnie added: “You vote to join Nato and there will be pressure and there will be phone calls to this man and his deputy not to be involved in CND, not to support the Palestinians and similar causes around the globe.”

Salmond defended the policy change, saying: “26 out of the 29 countries in Nato are non-nuclear countries. It is perfectly feasible for Scotland to be one of these but still engage in collective defence for friends and allies.”