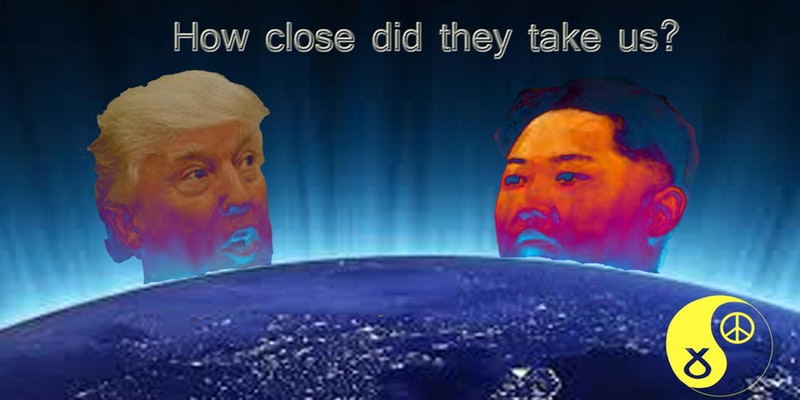 AN event exploring ‘nuclear power struggle’ between North Korea and the USA will be hosted by SNP Campaign for Nuclear Disarmament (CND) on Sunday (10 September).

The event, called ‘Two Men and a Bomb’ – in reference to Donald Trump and Kim-Jong Un – will take place at the CCA in Glasgow and will be open to non SNP members.

Speaking at the event will be SNP MSP and co-president of Parliamentarians for Non-Proliferation Bill Kidd, journalist and former MP George Kerevan, and peace activists Brian Quail and Gwen Sinclair.

The speakers, followed by an open debate on the issues, will explore the moral, social and political consequences of nuclear weapons, with a focus on the current international context, and the question of what can and should be done about it.

The North Korean nuclear threat has escalated in recent months, with a number of missile tests, and on 3 September, North Korea conducted its largest nuclear test to date, which it has claimed is a new type of hydrogen bomb. Pentagon chief James Mattis has warned of a “massive military response” if any threat is made to the USA.

Donald Trump has responded to the situation by calling for an end to all USA trades with countries doing business with North Korea, and stating today (5 September) on Twitter, that he will is “allowing Japan & South Korea to buy a substantially increased amount of highly sophisticated military equipment from the United States”.

Speaking to CommonSpace, SNP CND convener Bill Ramsay explained why the event is such a timely opportunity to consider these issues:  “Events in the last few days have shown that the Korean missile crisis – because that’s exactly what it is – has the potential to escalate.

“Leaders are taking an aggressive stance, and that of Trump is particularly destabilising. Attempted regime changes in other parts of the world have made the Kim dynasty even more nervous and unpredictable.

“We either face a nuclear conflict or a diplomatic dialogue.”

Ramsay argued that the current “crisis” could have been prevented has the permanent members of the security council – including the UK and USA – had “taken the Nuclear Proliferation Treaty seriously”.

Scotland, Ramsay said, has an important role to play in global efforts towards nuclear disarmament, particularly given the placement of the UK’s nuclear weapons within Scotland and the Scottish government’s opposition to nuclear weapons.

In July this year, Scottish peace campaigners attended UN talks on the Treaty to Prohibit Nuclear Weapons as a civil society delegation. Ramsay said that the positive reception the delegation received made clear that “Scotland’s role in nuclear non proliferation is recognised internationally”.

Bill Kidd MSP spoke at the UN conference on the treaty, which was passed and will open for signatures later this month. The UK Government opposes the treaty and has said it will not be party to it.

At the upcoming event, Kidd will speak about the treaty and the role of UN in de-escalating the current crisis. George Kerevan will outline the wider geopolitical context, while Gwen Sinclair of Scottish CND and peace campaigner Brain Quail will talk about their experiences as activists.

Tickets for event can be booked here.

READ MORE: Nuclear weapons expert to speak in Scotland ahead of global ban