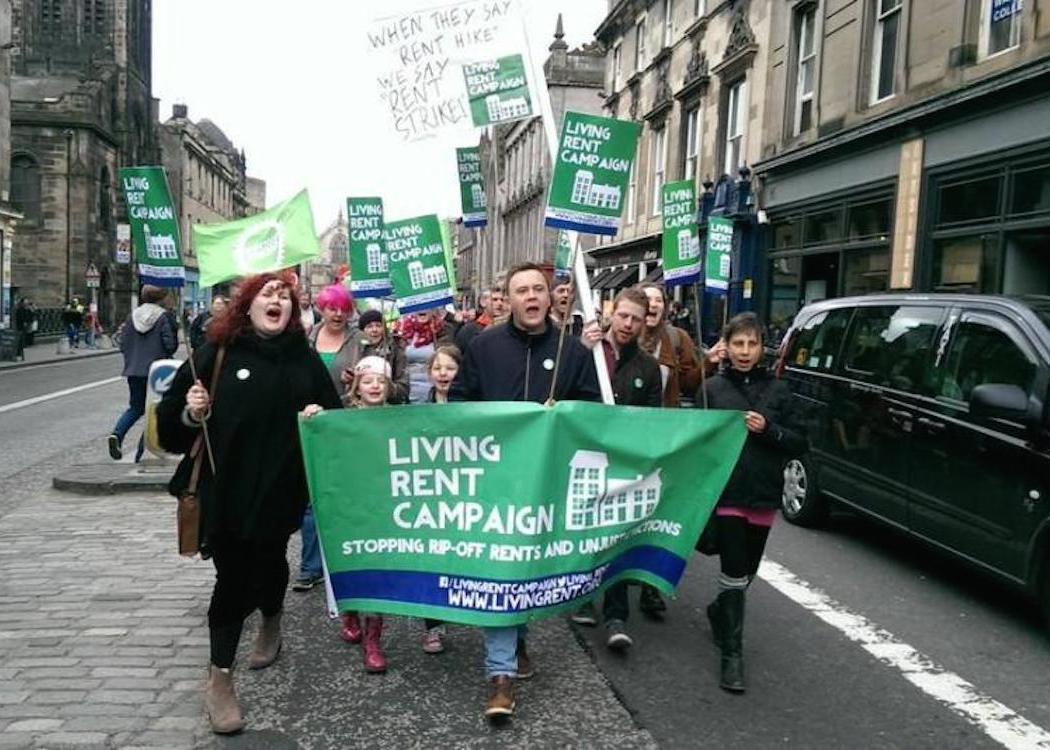 SNP MEMBERS have backed the campaign to expand rent controls to take action against sky-high rent costs and poor housing in the private tenanted sector.

The proposal, backed by unanimous acclaim at the party’s Spring conference in Glasgow today [Saturday 12 March], calls on the party leadership to go beyond the moderate rent controls in the Private (Housing) Tenancies Bill.

Support for rent controls has been welcomed by the Living Rent campaign – which has propelled the issue onto the national agenda through years of targeted activism.

Emma Saunders, an activist with the group, said: “For far too many private tenants in Scotland, rents are too high and the quality of housing too low. With today’s vote by SNP delegates, there is now a clear consensus across the board that rent controls are a sensible solution to this.

“The challenge is now to make sure that we get it right, and that the model of rent controls we introduce genuinely brings rents down and protects tenants.”

SNP delegate John West pressed the case for rent controls at the conference. He said that “rent prices have increased in all of Scotland’s cities” making housing “completely unaffordable”.

“We need real rent controls that will make a difference for hard working people in Scotland,” he added.

Minister Derek MacKay signalled his support for the rent controls amendment, and put the proposal to be passed by acclamation (which was passed).

A new housing bill includes minimal rent controls. Local rent controls can be applied in specific circumstances with support from a council and the Scottish Government. The controls cannot reduce debt – only limit increases by 1 per cent above inflation.

Over 100,000 private renters in Scotland also have their housing costs subsidised by the social security system, which passes a subsidy onto landlords of approximately PS1.8bn a year through ‘Housing Benefit’.

Campaigners want a system where rents are capped and linked to housing quality and a move to indefinite contracts .

Rent controls are currently in place across Europe, including in the Netherlands, France, Germany, Spain, Denmark, Norway and Sweden.