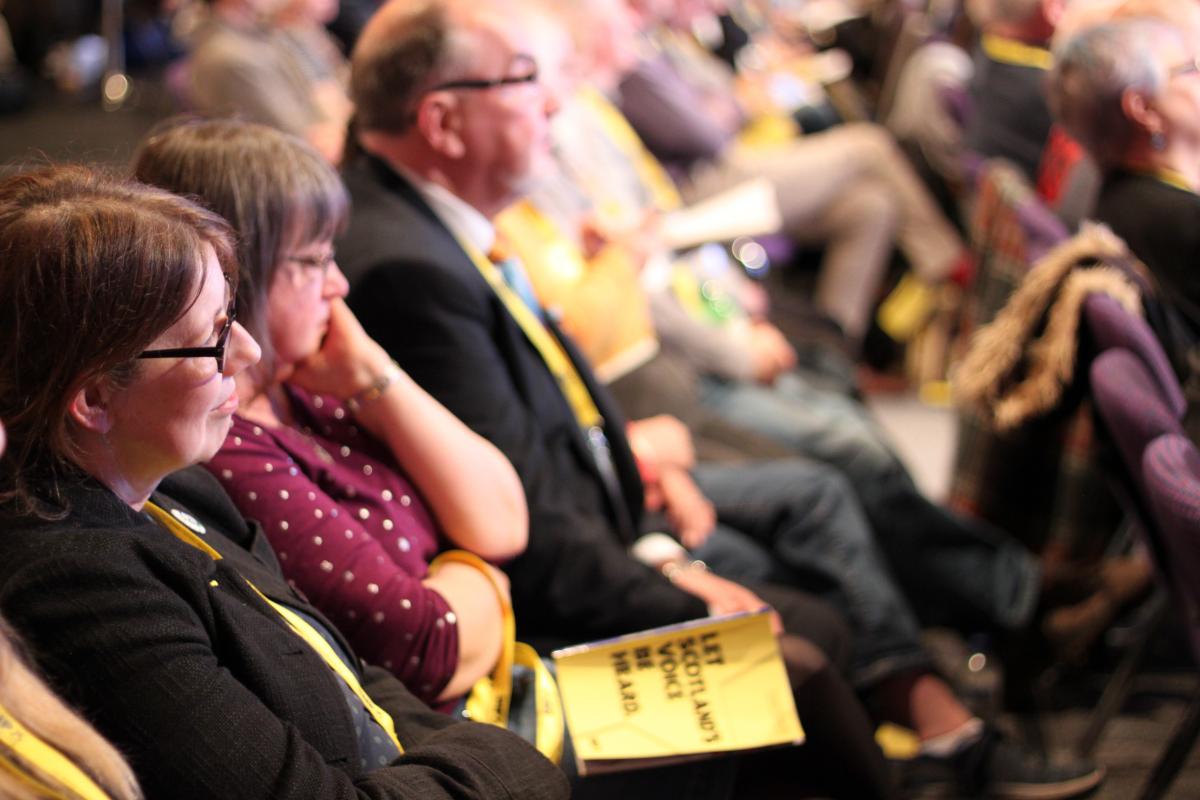 SNP members have backed a motion at their Spring conference condemning the UK Government for refusing to introduce split payments for Universal Credit, despite the combined payment policy having a negative impact on victims of domestic violence

THE SNP has condemned the UK Government for their failure to introduce separate payments for Universal Credit claimants, calling on the Tories to sort it out.

Delegates at the party’s spring conference in Edinburgh raised concerns that given Universal Credit is paid to just one person risks giving financial power to abusers in households where domestic violence occurs, which could leave victims isolated and unable to leave a violent relationship.

Currently, the UK Government administer payments of Universal Credit by default to just one person per household, despite widespread concerns from women’s organisations and others that the policy has a detrimental effect on those who are victims of domestic violence.

SNP MP Dr Philippa Whitford, who has led the campaign for separate payments in Westminister, told the conference: “If the UK Government committed to introducing separate payments for all households, everyone would benefit. Individuals would be in control of their own finances and importantly, it could prevent the financial coercion and abuse of vulnerable claimants and enable people to escape an abusive relationship.

“Financial abuse currently affects one in five women and the UK Government’s failure to fix this issue does nothing but exacerbate this problem.”

According to a recent report by Women’s Aid, 85 per cent of women have said that having to make a request for split payments to the DWP could make the abuse worse when their partners found out.

In Scotland, the Scottish Government has committed to the introduction of separate payments, but as Universal Credit is reserved to Westminster, the process of delivering this is dependent on the Department of Work and Pensions (DWP) agreeing to make significant changes to the existing system.

Whitford said that the Scottish Government was being asked “to actually dance and jig with the DWP like an elephant on their back“.

Whitford said: “That is what is holding back our social security policy. What I am challenging the Scottish Government is – don’t give up on this.”

Whitford added: “The Tory Secretary of State must stop stalling progress on such an important issue and make separate payments the default under Universal Credit – before millions more are transferred to the scheme in the coming years.

“Our social security system must embody gender equality principles and reflect modern society, where adults have a right to financial independence, and the SNP will continue to argue for positive change to this policy.”

Conference heard that the proposal to split the payments for Universal Credit had received support from a wide range of charities and organisations such as Scottish Women’s Aid, Surviving Economic Abuse and the End Violence Against Women Coalition.