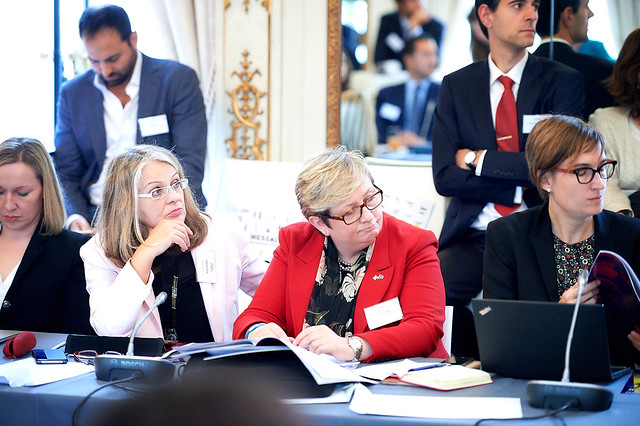 Ahead of a motion calling on the Scottish Parliament to enact the legislation necessary for establishing a Scottish Citizens’ Assembly, campaigners called upon the Scottish Government to “trust people to make decisions” at a fringe event hosted by the Electoral Reform Society Scotland.

Speaking on the panel ‘Citizens Assemblies – Tackling Constitutional Change’, SNP MP and spokesperson for justice and home affairs Joanna Cherry QC – who would argue in favour of the motion before delegates later that day – said: “It’s really about empowering people to make decisions and giving them the tools and the space in which to do that… I think a Citizens’ Assembly can look at some of the big policy issues that need to be tackled to get us there [to independence].

“A Citizens’ Assembly… is a concrete way to achieve our goal which is to create a consensus around Scotland and a bigger majority for Yes than exists at the moment.”

“A Citizens’ Assembly… is a concrete way to achieve our goal which is to create a consensus around Scotland and a bigger majority for Yes than exists at the moment.” SNP MP Joanna Cherry QC

ERS Scotland senior director Willie Sullivan commented: “Innovations such as Citizens’ Assemblies are vital, they’re not an alternative to representative democracy, but a way to upgrade it and return legitimacy to our broken politics.

“The Scottish Government’s commitment to making Citizens’ Assemblies a key part of their plans to set forward a path for Scotland’s future represent a fantastic chance for people of this country to learn, engage and deliberate the key issues facing them and their lives in an open and engaged way.”

The first minister, who unveiled plans for a Citizens’ Assembly while revealing her intention to pursue a second independence referendum before 2021, said that she had been inspired by the assembly established in the Republic of Ireland in 2016, which comprised of 99 randomly selected citizens intended to be broadly representative of the Irish electorate. These representatives would then consider issues included gay marriage and abortion.

The Irish assembly’s recommendation in favour of unrestricted access to abortion was supported by the electorate in 2018, when 66 per cent of those who voted in a referendum on the matter.

Addressing the conference in support of the motion, Joanna Cherry said: “Shaping the road ahead to independence is too important a task to just be led to politicians. What we need to do is bring the views of all Scots together, and create a shared vision for our future, and that’s what the Citizens’ Assembly is about.

“Citizens’ Assemblies have been set up in other countries from Canada to Ireland at times of constitutional change, and they’ve advised on complicated, thorny and difficult issues, and have helped to find a consensus on issues in which people are divided.

Picture courtesy of Friends of Europe