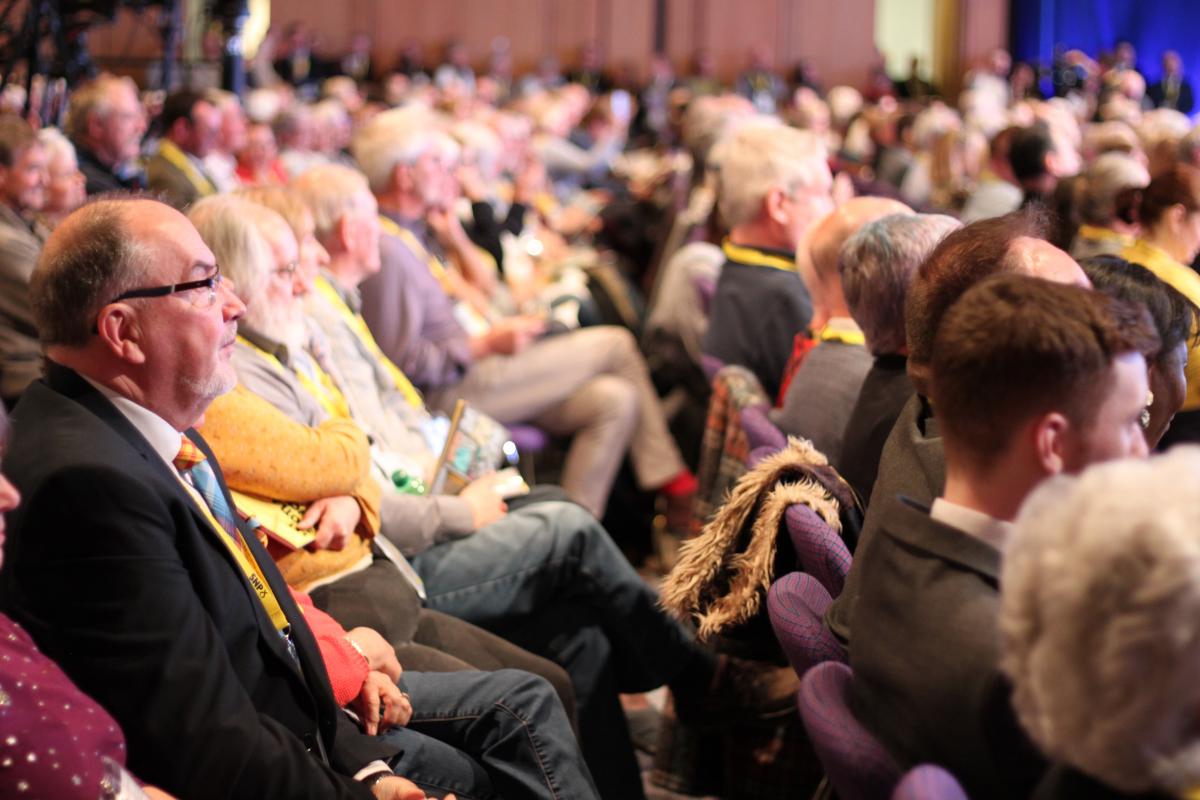 SNP members have backed the Scottish school children and campaign groups drawing attention to the need for greater urgency in tackling climate change.

Delegates passed an emergency motion at the spring conference in Edinburgh that backed the climate change campaigns led by #FridaysforFuture and Extinction Rebellion when young people took to the streets to campaign for more significant targets on climate change.

Delegates have called on the UK Government to urgently accelerate action on climate change, noting that many of the powers necessary to tackle rising emissions are reserved to Westminster.

The SNP conference welcomed the action by the Scottish Government to tackle carbon emissions, describing its emissions reductions targets as “world leading”.

SNP delegate, Cailyn McMahon, who took part in the recent youth climate change protests, told the SNP conference that the young people around the world who took part in Fridays for Future strikes should be a “source of inspiration”.

McMahon added: “It is too long for my generation to be the world leaders and CEOs because by then, we will be at a point of no return.

“So what we say to the governments of the world, if not for you, act for us? This is our future and we are a planning on saving it and we need a meaningful policy in doing so.

“So to Westminster in particular, we say cut carbon emissions which are not funding vital services.”

SNP MP Tommy Sheppard told the conference that the world leaders must listen to the next generation and play their part in tackling climate change.

Sheppard said: “It is a global issue that needs collective action internationally to succeed.”

The text of the motion read: “Conference applauds the actions by Scottish school students and the campaign by groups like Extinction Rebellion in drawing attention to the need for greater urgency in tackling climate change. Conference notes that if climate change continues unabated it will have catastrophic consequences for the future of the planet and the survival of humanity.

“Conference welcomes the action taken by the Scottish government to tackle carbon emissions, setting world leading targets for reductions and taking the necessary steps to stop fracking in Scotland, but notes that many of the economic and environmental powers necessary are reserved to Westminster.

“Conference calls for the UK government to urgently accelerate action to tackle climate change, including increasing the target for reducing CO2 emissions, cancelling fracking, increasing investment in renewable energy production and the transfer of all energy and environmental powers to the Scottish Parliament.”

#Fridayforfuture is a movement that began in August 2018, after then 15-year-old Greta Thunberg sat in front of the Swedish parliament for three weeks, to protest about the lack of action on the climate crisis.

Extinction Rebellion is a socio-political movement that uses non-violent resistance to protest against climate breakdown, biodiversity loss and the risk of human extinction and ecological collapse.

Activists ended their ten-day protest in London when hundreds met in Hyde Park for a “closing ceremony.”

On the final day of action, protesters blocked roads, climbed on a train and glued themselves together in London’s financial district.

At midday, several members of the group dropped a banner from the public gallery, reading: “Will the First Minister establish a citizen’s assembly to address the climate emergency?”