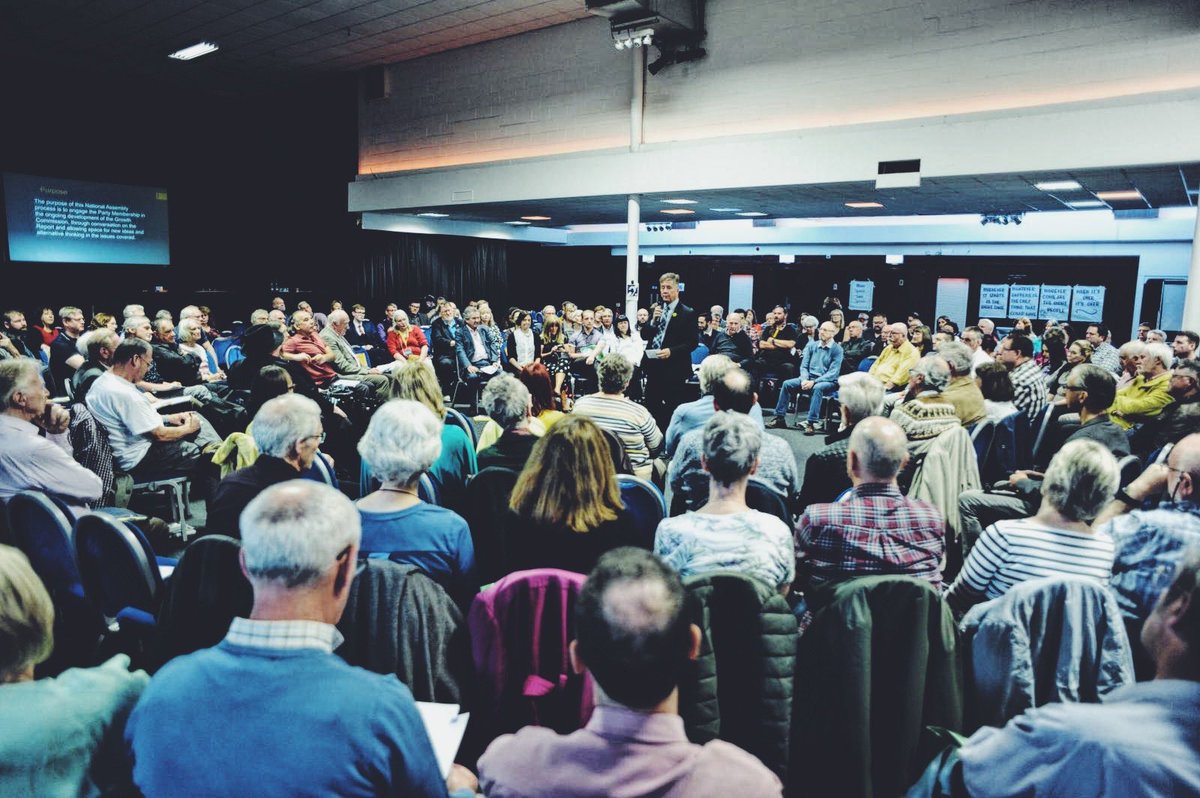 AFTER the SNP’s final National Assembly in Edinburgh on Sunday [9 September] to discuss the SNP’s Growth Commission proposals in Edinburgh, one party councillor in attendance has said members are “overwhelmingly opposed” to it’s currency position.

The Edinburgh event was the biggest of all three national assemblies, with over 500 members in attendance, and one of those, Glasgow City Council Cllr Graham Campbell, told CommonSpace that the Growth Commission sterlingisation proposal, which would see Scotland continue to use the pound after independence without the backing of the Bank of England, was unpopular among members because it wouldn’t allow Scotland to pursue an independent economic policy.

He said: “The obvious thing was the currency question. People were I think pretty overwhelmingly opposed to sterlingisation. And that was expressed a lot.

“For the obvious reason that if we are breaking from the UK state because we are breaking from their neoliberal model you can’t then keep their currency, keep their levels of corporation tax for an extended period after independence and not expect them to have a negative influence on how we do politics in Scotland – on our public spending an so on.

“So there was a resounding objection of sterlingisation for those reasons.

“It was also quite clear though and expressed a lot, particualrly by the depute leader that the process of discussing the document didn’t make it SNP policy. Any elements of it will only become party policy at that conference in the new year.”

However, there is an ambiguity in the SNP’s position on how the final decisions on economic policy will be made. Party officials have maintained the GC report will be voted on either at the smaller National Council in December this year, or at the party’s Spring Conference in 2019, which will consist of branch delegates from across the country.

Speaking to CommonSpace, the SNP has clarified that “any big debates that may arise” from the three members’ National Assemblies “will be discussed at our Spring Conference in 2019”.

Asked if he thought it was possible the party membership wouldn’t get the final say on the adoption of a new economic prospectus, Campbell said: “They wouldn’t be able to get away with that.”

“Lots of members made that exact point. There’s no way that [The GC report] could be imposed as party policy. Several people made clear across the course of the day that unless it was made clear, by voting on it, what was party policy, people would assume (and Labour attacking it have assumed) that the Growth Commission is the party policy. Unless we say that it’s not, we are giving a hostage to fortune.”

The Growth Commission, chaired by corporate lobbyist and former MSP Andrew Wilson, was published at the end of May, and was commissioned by SNP leader Nicola Sturgeon.

Asked if the membership should have a vote in the Growth Commission proposals at conference, Campbell expressed confidence the membership would ultimately decide.

“It will. It should and it will. There’s no way it could be adopted without the party membership.”

While Campbell accepted the current party process of it being decided either at the National Council or Spring Conference, he said: “I’d prefer that the maximum number of members were involved in the process of deciding and that’s better done at the full conference”.

All three National Assemblies in Ayr, Aviemore and Edinburgh have heard significant criticism of the GC currency proposals in particular, and also other recomemndations in the report, including measures to restrict public spending and a focus on public debt reduction. The national assemblies have been organised in a participatory format, where small groups discuss and put forward ideas on a wide variety of issues, not just the GC.

Campbell also said that a “strong current in discussions” was concern that the GC “wasn’t taking into account the ways that capitalism is changing” including the growth of dymanics like automation in the modern economy.

Another SNP member in attendance, Melissa Iacone, tweeted: “I sense the Common Weal position on a Scottish currency [an independent currency] is FAR more popular than sterlingisation in the Growth Commission. #ScotlandCan #WeCan”.

She later tweeted: “I sat in on the sterlingisation discussion. It was probably the largest breakout group of the day. Majority strongly backed a Scottish currency. Sterlingisation is NOT popular amongst the majority of the SNP membership.”

At the Edinburgh National Assembly the party distributed a briefing titled ‘The Sustainable Growth Commission: What you need to know’.

On sterlingisation it reads: “The Growth Commission has also set out a road map to an independent currency, using the pound for a transitional period, with a series of tests for future currency decisions. The commission also recommended that a Scottish Central Bank and a financial regulator be established.”

However, this description of the policy departs significantly from what is in the GC report itself.

The report calls for an independent Scotland to use the pound for an “extended” period, with an independent currency only an option after this period. In order for Scotland to introduce its own currency, it would have to meet six tests established before the implementation of a new currency.

“What happens with respect to currency the day before an independence vote would happen the day after and continue to happen until such time as the elected Scottish Government seeks to do something differently,” the report states.

Whilst the report does call for the creation of a Central Bank it also admits it would lack the signature powers of a central bank – not least to issue currency and set interest rates.

The report also argues that an independent Scotland should “mirror” UK financial regulation for maximum “continuity” with the UK financial system.