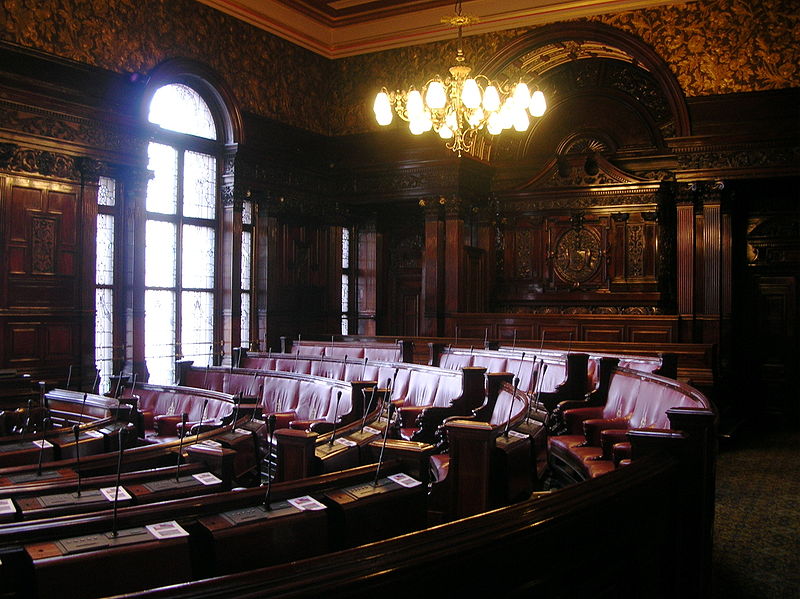 An SNP councillor has refused to explain why he has deleted a tweet stating that to have given the STUC a place on the party’s Growth Commission would have been like allowing “Dracula to run the bloodbank”.

SNP Glasgow councillor for East Centre Russell Robertson, who defected from Labour after voting Yes, tweeted two days after the Growth Commission was published [27 May]: “Cathy Jamieson [former Labour MSP], who has lost both her seats in English and Scottish Parliaments wants to find fault in [Andrew Wilson’s] prospectus. She cites lack of STUC [Scottish Trades Union Congress] input to his report – would you let Dracula run a blood bank?!”

Robertson’s tweet was deleted late last week after CommonSpace approached the Council for comment on the councillor’s views, but Robertson has since refused to respond to CommonSpace requests for an explanation for the deleted tweet or respond to criticism, despite repeated attempts to be contacted.

An SNP spokesperson told CommonSpace that Robertson’s position did not reflect that of the party in any way, stating: “As the SNP considers the growth commission report over the summer, we’ll hear views from across civic Scotland, community groups and trade unions. Trade unions will be at the heart of building a fairer and more prosperous independent Scotland.”

Glasgow south-west SNP MP and trade unionist Chris Stephens said he didn’t want to comment specifically on Robertson, but that his political priority was improving workers’ rights, adding that he was committed to working with the trade union movement on issues like zero hours contracts and their impact on the economy.

On Sunday [3 June], former chair of Yes Scotland Dennis Canavan criticised the SNP’s Growth Commission for not involving trade unions in the commission.

Canavan told the Sunday Herald: “The Commission consulted a range of organisations in the Scottish establishment, including business and academic interests, but appears not to have made any effort to consult the STUC or individual trade unions. That is a grave omission on the part of the Commission.

“I hope that the trade union movement will now be invited to comment on the report’s findings. It is absolutely essential that workers and their representatives be given the opportunity to respond before any final decisions are taken.”

Richie Venton, the Scottish Socialist Party’s national trade union organiser and member of the supermarket union Usdaw’s national executive, said Robertson’s tweet was “a bizarre spectacle” and called on the SNP leadership to denounce it.

“Contrary to all their warm words about ‘valuing trade unions’ and ‘supporting social partnership’, the SNP government appointed a corporate lobbyist and 23 business representatives to produce the Growth Commission on Scotland’s future – but totally excluded the STUC and unions which organise and represent over 630,000 workers,” he said.