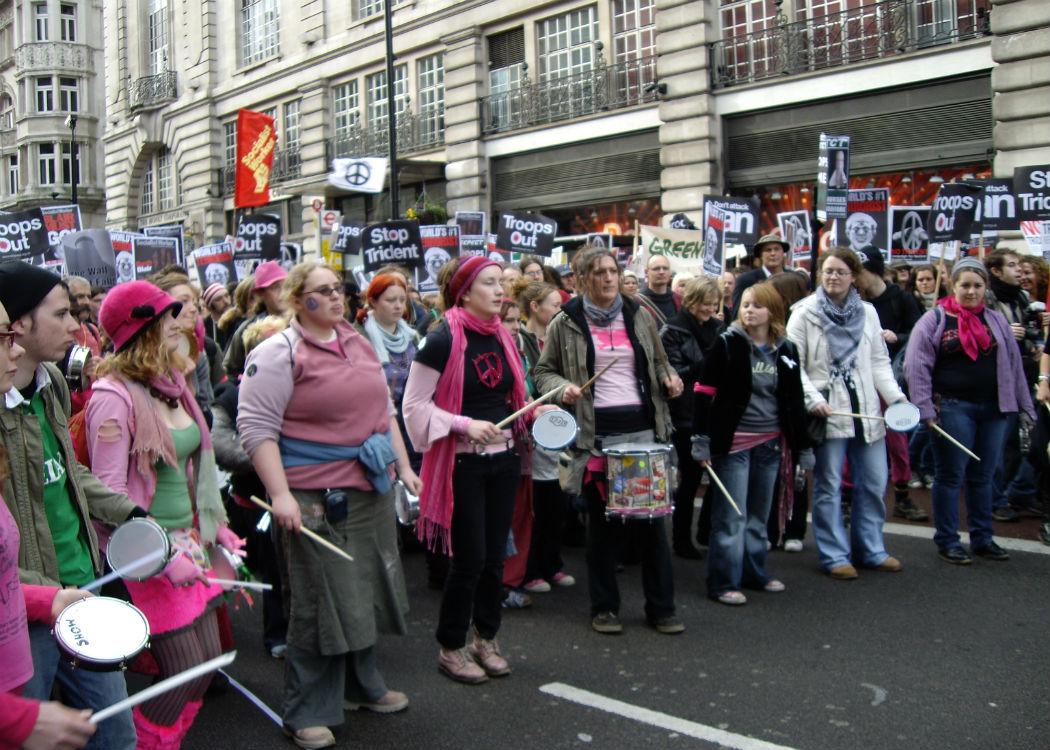 SNP Westminster defence spokesperson Brendan O’Hara MP has said he would not object to “peaceful direct action” if Westminster votes to renew Trident amid widespread opposition in Scotland.

The comments came after O’Hara delivered a keynote speech to the Scottish CND conference on 7 November when he evoked the spirit of the referendum campaign as an example of mass mobilisation to drive back plans for Trident renewal.

Asked by CommonSpace if he thought anti-nuclear weapons campaigners should blockade the Faslane base to stop new military material entering he said: “CND needs no lessons from me as to how to take direct action – whatever CND decides to do that’s what they decide to do, I have no disagreement with the principle of non-violent direct-action.”

Calling on a “Scottish people’s movement” to resist the weapons he said: “We’ve got to mobilise, got to bring people onto the streets. The example I would point to would be the Yes campaign. It was a grassroots-led people’s revolution.

“We need a Scottish people’s movement against Trident.”

The comments came after votes in the Scottish Labour party conference and the Scottish Parliament that showed an unprecedented opposition throughout Scotland to Trident renewal.

Commenting on the new cross party consensus, O’Hara said: “Scotland has set its face against Trident. There is now an established consensus against it including the SNP , Labour, Greens and socialists. But also including civic society from religious groups and denominations to the trade union movement.

He said though that he believed the vote on renewal, expected to take place in February 2016, would pass, meaning Westminster would then attempt to “foist” the weapons on Scotland.

He said : “Westminster are determined to foist Trident on Scotland. All the signs are that they will.”

He said that Labour leader Jeremy Corbyn was “honourable” and that he would maintain his anti-nuclear weapons stance: “Jeremy will walk with us into the lobbies. But he does not have the support of his backbenchers.”

Asked if the circumstances where Scotland had unambiguously rejected the weapons, but Westminster still voted to replace them were grounds for a second referendum he said: “I won’t be held a prisoner to fortune by saying yes or no. It will have to be discussed. One or two of my colleagues think it would constitute a material change in circumstances. But it has to be discussed.”

SNP leader Nicola Sturgeon has said that a “material change” in circumstance could “trigger” a second independence referendum.

The Conservative UK Government has argued that Trident operates as a deterant to military action against Britain, and that the defence of the country is the first priority of government. Prime Minister David Cameron has said there are circumstances where Trident would have to be used.

The Trident system is expected by campaigners to cost in excess of PS100bn. It is believed the weapons can only operate from Faslane naval base in Scotland.

An all-UK protest is planned for 20 February 2016 against Trident renewal with contingency plans for a rapid demonstration in the event that the vote in the Commons on renewal is brought forward.